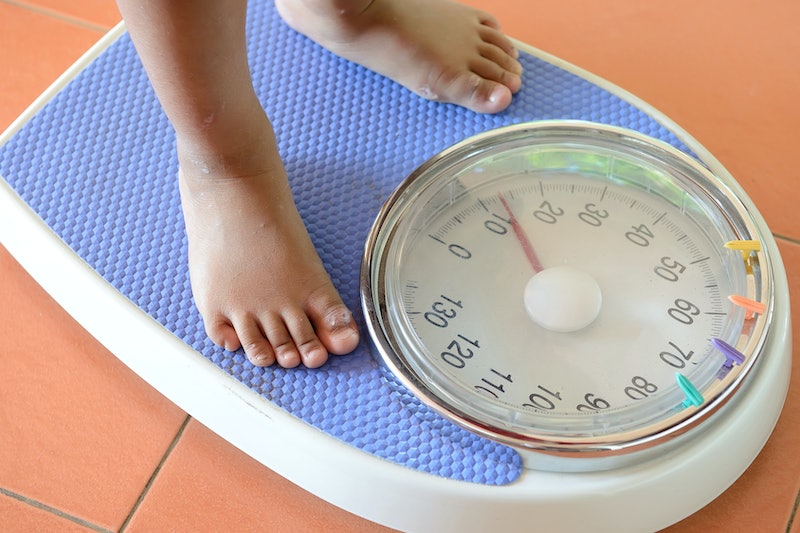 It’s no secret that plenty of American women and young girls struggle with body image issues; from the recent thigh-gap frenzy to our fascination with celebrity bikini bodies, it’s easy to see that our culture is obsessed with being skinny. But it looks like this unhealthy infatuation with weight has spread from high school and college campuses to elementary school playgrounds, with a new study finding that most girls diet by the age of 10, and a shocking number of young children are dissatisfied with their bodies.

The nonprofit Common Sense Media compiled a review of research, called “Children, Teens, Media, and Body Image,” which focused on the role of media in the development of kids’ and adolescents’ body image attitude and behaviors. This study ended up with a number of disturbing findings, one being that body image issues begin much earlier than we thought, especially for young girls. The study found that even preschoolers can be concerned about their bodies, and are aware that society judges people by how they look. Five-year-old children express dissatisfaction with their bodies, and by the age of six, children understand the concept of dieting and may have tried it. At seven, a quarter of children have taken part in some sort of dieting behavior, and more than half of girls and around one third of boy ages six to eight desire thinner bodies. Even more startling, a devastating 80 percent of 10-year-old girls have actually been on a diet.

All of these statistics demonstrate the overwhelming body dissatisfactions that young children experience, and will likely continue to experience, as they grow older. And these body image issues are more serious than a pesky insecurity— body image is linked to self-image, and can affect key aspects of emotional and social well-being, as well as healthy development. Negative body image can lead to mental problems such as eating disorders, low self-esteem, and depression, which can be especially devastating for children 10 and younger. It’s heartbreaking to think that six-year-old girls are getting upset by what they see in the mirror rather than enjoying themselves on a swing set.

While traditional media and social media can surely play a role in portraying healthier attitudes towards a wider range of bodies, young children are also very impressionable when it comes to the behaviors of the people around them. One way that you can make sure that the children you know develop a positive body image is by monitoring your comments about your body and appearance, and teaching appreciation for all types of people and bodies. No child as young as 10 deserves to be fraught with body insecurities — they should be much more concerned with whether or not there will be a sequel to Frozen .