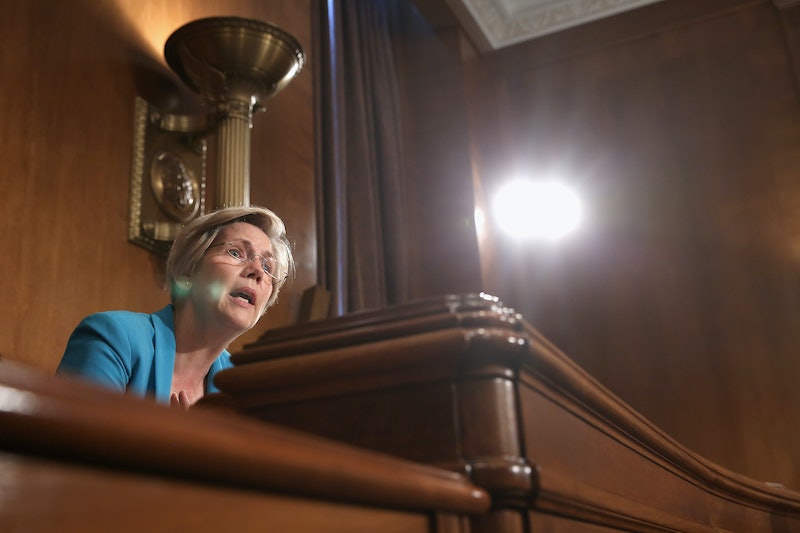 If you're still camping out in Yellowstone National Park, your two days to get out of it post-shutdown are running out, and it doesn't look like the crisis will end anytime before that. Congressional leaders are still deadlocked in Washington over their inability to pass a "clean" funding bill for the federal government, and new estimates say the shutdown might last for weeks.

That's right: weeks. In the meantime, furloughed federal employees can't work, angry tourists are about to riot in the streets of New York, and football — college football itself! — is at risk. (Because the military academies are federally funded, no one knows whether Army will still play Boston College, or whether the Air Force will face off against Navy, on Saturday.)

President Obama cancelled a trip to the Philippines and Malaysia Wednesday, as the federal government shutdown entered its second day — and not just because he needed to babysit Washington. "Logistically, it was not possible to go ahead with these trips in the face of a government shut-down," a White House statement read. "Because they are on the back end of the President’s upcoming trip, our personnel was not yet in place and we were not able to go forward with planning."

The New York Times reports that even the White House switchboard has turned off its lights. An automated recording now plays, apologizing for the "lapse in federal funding." "Once funding has been restored our operations will resume. Please call back at that time," a message says.

Meanwhile, Mass. Senator Elizabeth Warren got a promotion: She's now the de facto "protector of the sane," as suggested by the top commenter on a Youtube video that went viral yesterday.

In a speech on the Senate floor, Warren reprimanded Washington Republicans for their behavior over the past few weeks. "With the country hours away from a government shutdown and days away from a potential default on the nation's debt the republicans have decided that the single most important issue facing our nation is to change the law so that employers can deny women access to birth control coverage," she said.

We predict the immediate birth of a dozen "Draft Warren For President" groups, despite the Senator's clear statements about not wanting a higher office. In the meantime, you can watch her whole speech — just five minutes — below.

There are just a few ways the government shutdown crisis might end. It's looking increasingly likely that the battle over the spending bill won't resolve the issues that brought the federal government to a screeching halt Tuesday morning, and that the battle will just be kicked down the road to the debt ceiling debate, a more powerful bargaining chip. The last time GOP leaders tried to hold the debt ceiling hostage, Standard & Poor's downgraded America's credit rating.

It looks like Wednesday will bring more piecemeal efforts to bring small slices of government back to life. A popular choice is voting to fund the National Institutes of Health, so that cancer research can continue. And at least one House Republican is now on board with reactivating the federal government without any strings Virginia's Scott Rigell has realized the shutdown is hurting his district.