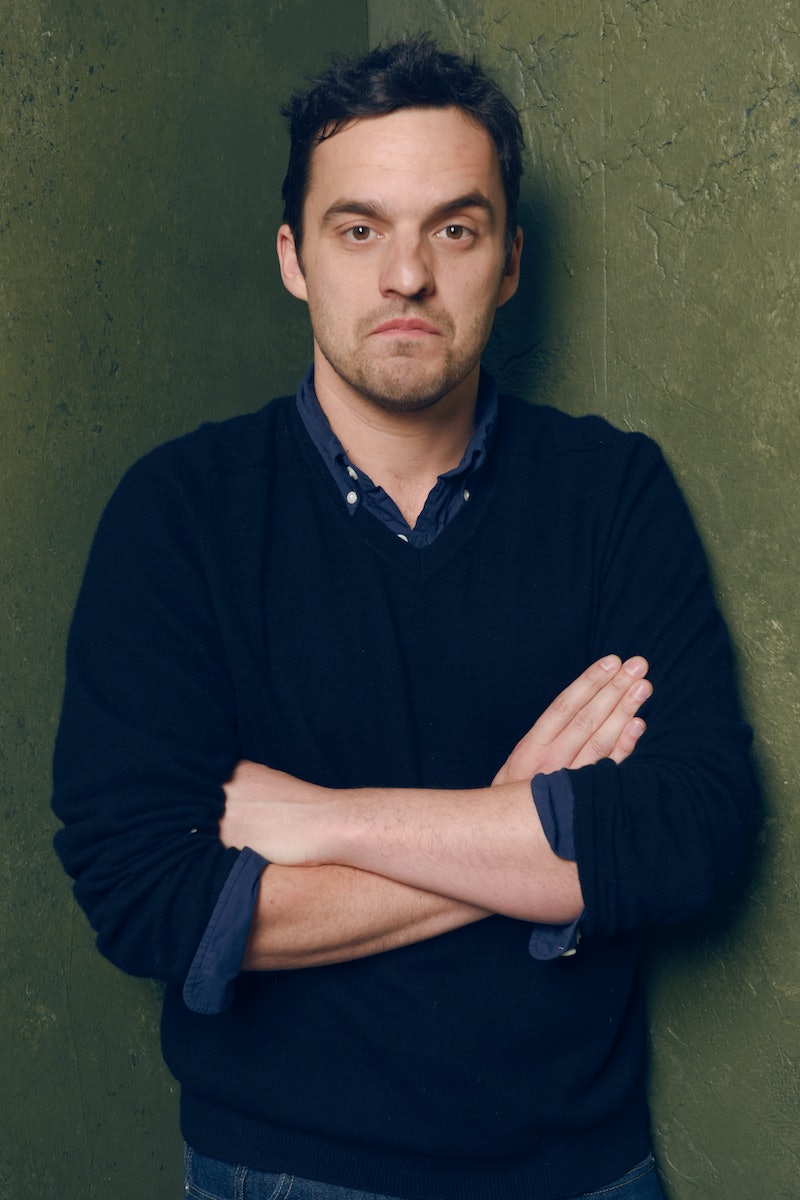 New Girl's Jake Johnson is synonymous with wise-cracking wit, realistic sensibilities, and the plaid shirts of his adored FOX sitcom character. In real life, Johnson carries similar qualities: honest, straight-forward, kind and sensible. He stands with legs spread far apart and arms crossed, and stares you dead-on during coversation. But Nick Miller, who infamously doesn't own his own bank account and avoids most "grown up" responsibilities, could never have co-written and produced a film premiering at Sundance Film Festival. This impressive feat is all Johnson.

The film, directed and co-written by Sundance staple Joe Swanberg, surrounds a married couple living in East LA who go on separate adventures over the course of a weekend. But it gets weirder. I spoke with Jake Johnson at the Monday evening premiere of the film about the film's unconventional inception and more.

"I had been digging in my yard at one point, and found a gun and a bone and a license plate," Johnson says. "I didn't know if it was a real gun or a rusted toy gun or what have you, but I thought there could be a body in my backyard. I called a bunch of friends, and got a bunch of shovels and we went digging. [This story] is inspired by true events."

The outlandish plot boasts a tremendous ensemble cast including Anna Kendrick, Sam Rockwell, Orlando Bloom, Brie Larson, Rosemarie DeWitt, Ron Livingston, and tons of others. "There was no script," the actor divulges. "We had a solid, 3-page outline, but there was no dialogue. Every character was asked to come in and bring their own take to the situation."

The story takes place in East and West LA, as the couple travels to house-sit a wealthy client's home. For Johnson, keeping the film's production in LA — something that happens less and less as films are given tax breaks for going elsewhere — was hugely important.

"I think we should keep all production in LA because we have the best crew, the best resources, the best weather," he says. "We get these tax incentives for shooting in other cities but then we get rained out for weeks on end. So why don't we shoot in a place that seems like it was built to shoot movies? A lot of scripts take place in LA, so you're faking LA for other cities, and our movie is a perfect example. We'd have a scene where someone's gotta work for a day — it's a tiny part — but we could call Jenny Slate and say, 'Do you want to come for an afternoon?' Now she wouldn't fly to Atlanta to do it, but she'd come to East LA to shoot. So all our side actors and small parts are played by top of the line talent. And that's what I love about LA."

The story brings up an interesting theme of how we behave when the opposite sex isn't around. A girls' night out wouldn't be the same if a husband tagged along, and vice versa. "I'm not unconvinced that when women aren't around us, it isn't a totally different galaxy," Johnson says.

Before our time is up, I beg him to reveal any upcoming secrets about his role in Jurassic World. But like any actor who's signed a top secret contract, his answer is fairly lackluster: "I can't tell you anything, but I can tell you Chris Pratt is really good in it, and Bryce Howard is really good," he says. "I make movies because I want to be entertaining. And want people who work hard to be able to spend an hour and a half and enjoy it."