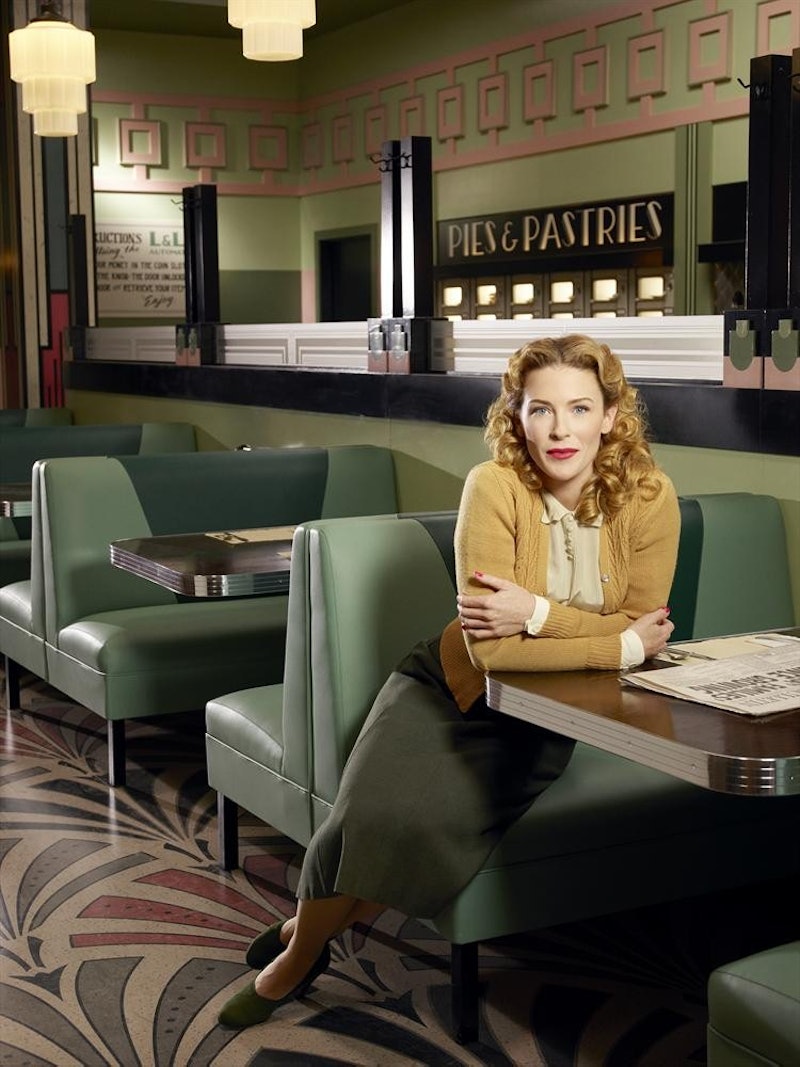 Whoa! I knew Peggy's new neighbor from Iowa was too earnest to be for real, even for the 1940s. How about the way Dottie took out that baddie on Agent Carter , huh? What else is Dottie Underwood, ballerina, hiding from us? The episode opened with Jarvis trying to facilitate a deal with smugglers who were in possession of some of Stark's equipment. The lackeys returned to their boss, a very slick blonde man who shot both of them in cold blood. That very blonde man then went to the Griffith Hotel to kill Peggy, and was stumped by not one but two ladies — neither of which was Ms. Carter. First the landlady foiled his attempt to walk through the front door. Then, innocent-looking Dottie spied his revolver, coldly told him she wanted it, attacked him, and stowed him under her bed. The question is, what is she going to do with the gun and is she a friend or foe to Agent Carter? What is her deal? We seem to be done with Hydra on Agent Carter , but could Dottie be Leviathan?

I would love for Peggy to have a female friend on this show who can join her undercover life, but Dottie was a bit too into the mechanics of that weapon for my taste. That montage at the end of the episode painted them as foils, so we'll have to see where it goes.

Who is Dottie, really? Is Dottie Underwood even her real name? There is a theory on Tumblr and Reddit right now that Dottie Underwood is a Red Room assassin. There are plenty of Marvel characters that she could become were that the case. Natasha Romanov was a ballerina in her undercover life as well, and Dottie showed up in a bright red outfit. In fact, the way she landed looked an awful lot like one of Black Widow's signature moves.

Could this be the way that the Marvel Cinematic Universe first introduces us to Natasha's backstory before Avengers: Age of Ultron ?

Either way, look out for the new, fully loaded Dottie Underwood. Peggy's not the only one with secrets!