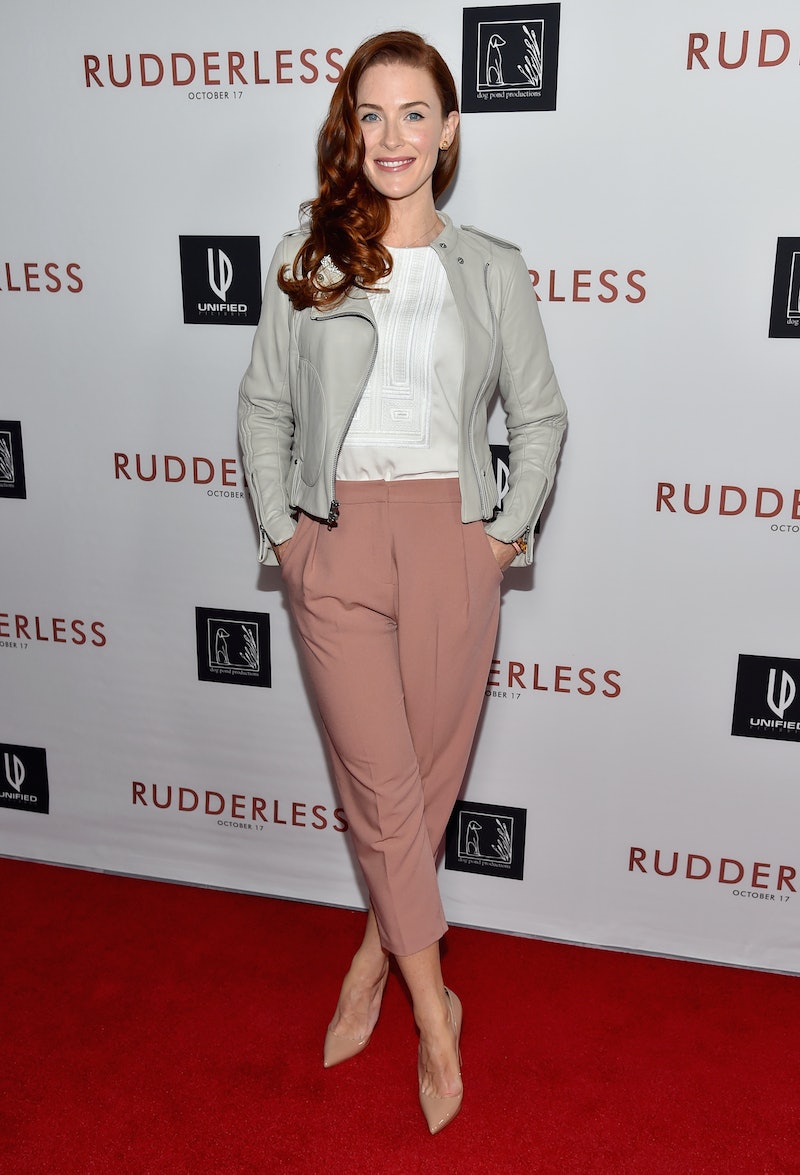 I've gotten used to Marvel comic book heroes dominating the box office in smash hit films like Captain America, Thor, and Guardians of the Galaxy, but I think now I have get used to the Marvel universe taking over my TV, too. First, the comic book giant debuted Marvel's Agents of S.H.I.E.L.D. on ABC following Phil Coulson and his team as they investigate unusual cases and enemies. And now, in 2015, another Marvel agent is hitting the small screen — Marvel's Agent Carter has a special two-hour premiere airing Tuesday night. Along with familiar comic book faces, the series also features an actress who you'll definitely recognize from tons of TV shows. But just where is Bridget Regan from?

Regan will play recurring character Dottie Underwood (no relation to Frank Underwood on House of Cards...at least I don't think so). Dottie is a small town gal from Iowa who lives in the apartment next door to Peggy, played by Hayley Atwell, who is a single gal in the 1940s who balances office work and completing missions for Iron Man's dad, Howard Stark. And Dottie will "have a huge impact on the life of Agent Carter," says Marvel. "Bridget Regan brings the nuance and complexity of Dottie to life in a way that leaves no doubt as to her importance to Peggy," said Jeph Loeb, Marvel’s Head of Television.

Regan has also been a huge part of several TV shows over the years. Here are a few of her most notable roles.

If you've been watching this year's most pleasant surprise on The CW, then you've definitely seen Regan as Rose, the stepmother of Luisa and Rafael. Jane the Virgin is based on a popular telenovela, so in true soapy fashion, Rose is also the on-and-off again lover of Luisa and her lawyer.

In the mid-season finale, Rose had Luisa hauled off to the looney bin, saying Luisa's claims of their sexual encounters weren't true. Uh oh.

Regan played one recurring role with two names on the hit USA Network drama series, which just wrapped up its run in December. As Rebecca Lowe, she was a museum curator who helped Neal with a case, and then the relationship became romantic. But soon Rebecca was revealed to be Rachel Turner, an ex-MI5 agent who became a rogue assassin and murder. Talk about dual identity.

Regan has a small role in the Keanu Reeves hitman thriller, which was released in theaters in October. The film follows retired hitman John Wick (Reeves) as he seeks vengeance for the killing of his dog, which was a gift from his recently deceased wife. This causes Wick to re-enter the murderous world he left behind. Regan played the character Addy and, according to her Instagram account, the role required a whole lot of tattoos.