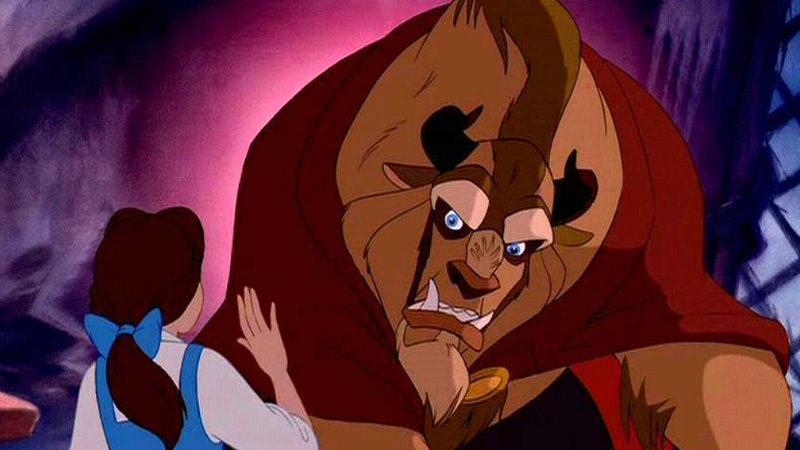 According to family lore, I spent a good portion of my life ages 4-7 absolutely bonkers-obsessed with Beauty and the Beast. This was hardly uncommon: I was a dreamy, stubborn, nerdy little girl reared in the '90s, so I was easily attached to characters like Belle. In fact, she was like my pre-Harry Potter Hermione Granger — so it really goes without saying that Emma Watson's casting in Beauty and the Beast 's live-action interpretation feels so immensely perfect to me. However, despite my deeply-embedded nostalgia for the story, I have my qualms about Beauty and the Beast. Because, while this story may have one of Disney's most memorable heroines at its center, its central love story is also riddled with many of the warning signs of an abusive relationship. Considering the new is film intent on rebooting Belle's relationship with the Beast, it's time to modernize it, even if the rest of the production remains a period piece.

I was 13 years old when my mother told me how she felt when I watched Beauty and the Beast: "I just need you to know how to identify these signs," she said. And when your mother — who herself survived an abusive relationship that still haunts her — tells you that what you're watching reminds her of the darkest period of her life? You listen. You pay attention. And things start to look different once you're paying attention.

Here are some of the signs of an abusive relationship, according to HelpGuide.org:

And here are some more, according to the Red Flag Campaign:

I am not against the concept of a Beauty and the Beast remake that still focuses on the romantic relationship between Belle and the Beast. But, one thing is absolutely necessary if that is to be the case with this movie: and that is a drastic overhaul of this romance. I'm not even going to get into the Stockholm Syndrome aspect of a woman falling in love with her captor — let's deal, for now, just with what happens once Belle is living in the castle.

Think back, for instance, to the scene where Belle first discovers the rose:

You should not be in a romantic relationship with someone who becomes a completely different person when they're angry. With someone who smashes and rages at you about things you had no way of knowing or understanding. An abusive partner will often fly off the handle at you one minute and then come crawling back all charming and sweet the next, desperate to make up.

This is not a pattern that should be held up as the fantasy. There are some undoubtedly sweeping and romantic moments in Beauty and the Beast — we all remember that yellow dress, that dance, that snow-filled falling-in-love sequence:

But in art (as in life), sweetness does not erase the danger. The Beast can be written into a reformed man — but sweeping as it is, it's a dangerous fantasy to transfer to love offscreen.

Fiction does not always have to feature good people making good decisions. But I believe that a modernized Beauty and the Beast can have a main romance featuring a thoroughly flawed, or even an angry man, without including warning signs of abuse within his relationship with the woman he falls for. Belle would do better with a healthier portrayal — especially as she is a character marketed to young, impressionable children — and so would the rest of us.

This romance can be just as sweeping and dynamic without reminding us of the worst of what love has to offer, and, hopefully, the story's reboot will address this.