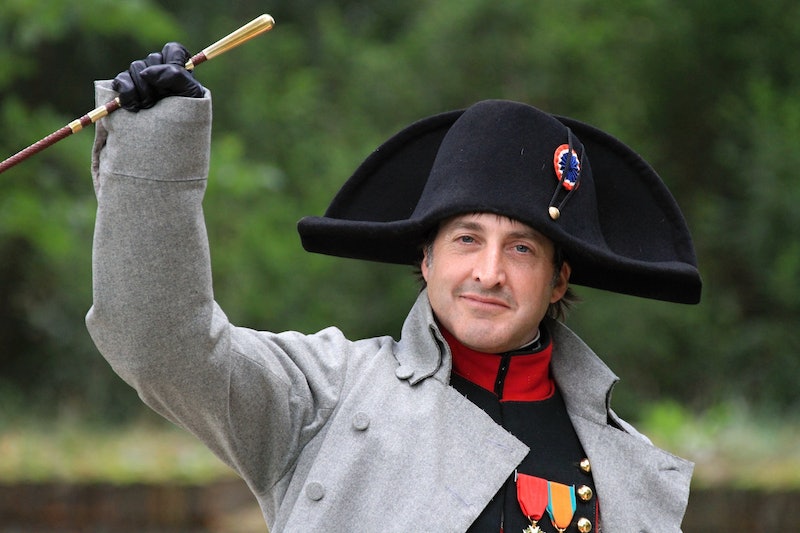 An internationally recognized icon of coolness, the Williamsburg neighborhood in Brooklyn is no longer just a place where people live. It's now a concept, a way of life, a cigarette brand! I mean, some people still actually live there, but they're mostly bankers and disgraced Eastern European politicians at this point, so it's not really on brand. Nowhere near on brand as, say an Instagram of a jar of organic pickled beets artfully placed next to a craft beer artfully placed next to a baby wearing $300 shoes. Now that's Williamsburg living!

But just as Williamsburg the neighborhood has changed from a hub of affordable housing for creative artists into a twee, urban lumberjack breeding ground where you can pay $22 for some locally "barrel fermented chardonnay," Williamsburg the brand has changed, too. Whereas it was once seen as a rough-around-the-edges arts utopia where you would almost definitely run into a member of TV On The Radio dance-fighting with a member of the Yeah Yeah Yeahs, West Side Story-style, it is now branded as a place to buy a handmade wedding dress, purchase antiques, or eat an entire pig's head for dinner. Activities and goods that sound remarkably similar to those found among the simple, bonnet-wearing folks who were hosting cutesy faux-rustic weddings and canning things for no real reason decades before Urban Outfitters sold its first ironic tee: our shadow neighbors to the south, the historical reenactment professionals of Colonial Williamsburg!

Now that Williamsburg, Brooklyn is all expensive homemade jams and artisanally unvaccinated children, can YOU tell the difference between the bounty of Colonial Williamsburg, where modern day people dress up in breeches and petticoats to reenact American Revolutionary War history, and that of Williamsburg, Brooklyn, where modern day people don suspenders and handlebar mustaches to work their jobs as craft small-batch kimchee cocktail bar mixologists? Test your expertise below.

This "anointing preparation" for the bearded among you is made from sesame and hempseed, ingredients beloved by both our founding fathers AND white people who name their kids "Coltrane." While modern Williamsburg is lousy with fashion beards, Colonial Williamsburg is also full of bearded individuals because the British crown taxed you a ha' penny on straight razors or something. So, from which Williamsburg does this oil hail?

This ketchup (I'll be cold in the ground before I personally refer to it as "catsup," thanks) is "inspired by a nineteenth-century recipe in 'The Carolina Housewife'." Is that ironic or genuine invocation of a publication called The Carolina Housewife? And if ironic, is it "real ironic" or "Alanis ironic"? What kind of emotions were involved in the preparation of this ketchup? And in which Williamsburg were those feelings felt?

This is a jar of porcupine quills, an item equally useless to harried colonial farmhands and "cool" ad executives with septum piercings alike. Porcupines tend to reside in the northeastern United States, they're primarily nocturnal, and they think your Etsy store selling funny inspirational mugs is doomed to fail. Is this jar of porcupine quills confusing shoppers in hip Brooklyn, or time-warp Virginia?

4. Some Kind of Knife Holder?

Is it a knife case? A knife sharpener? I don't know, and it is not my job to know. But it is your job to guess if this thing that either sharpens or covers knives will be used in a historical pig slaughtering demonstration at a colonial Williamsburg homestead, or in a $700-a-seat private pig slaughtering workshop conducted by some guy who came in third on Top Chef. So, which Williamsburg is this knife thingie from?

Is this a $2000/month studio apartment with exposed original brick, "located within walking distance of L train, nightlife and fine dining"? Or one of the first prison cells created in colonial America? I know you're saying "Why can't it be both?" and I feel you on that, I really do — but it has to be one or the other. Which Williamsburg is home to this room?

Is this guy a colonial re-enactor, showing impressionable school children how life was lived before the formation of the United States? Or is he a recent art school graduate who is letting his dad pay his rent while he works on plans for an app that lets you send pizza to your enemies, which he writes out longhand? Tell me, trusted companions, in which Williamsburg does this young fellow labor?

Are these folks re-creating the forgotten music of America's past for your historical enjoyment? Or are they opening for the Decemberists during their sold-out five night run at Town Hall in February? Ladies and gentlemen, I ask you, yet again: which Williamsburg are we talking about here? And what do you think they ask for on their tour rider?

Are these fine pieces of classic blue willow pattern kitchenware a replica for sale in a colonial Williamsburg gift shop, so that you can always remember your educational trip through the past? Or are they something to buy for your new condo after you finally sell the domain goatfarts.org for a $400,000 profit? Friends, in which Williamsburg can you buy these coffee accoutrements?

9. Whatever This Thing Is

It's a clay bottle...stuck to the side of a house. Is this a colonial DIY bird feeder? Or installation art about Brooklyn gentrification that birds just happen to get stuck inside from time to time? My compatriots, for the final and most important time, I must ask you: Colonial Williamsburg or Williamsburg, Brooklyn?