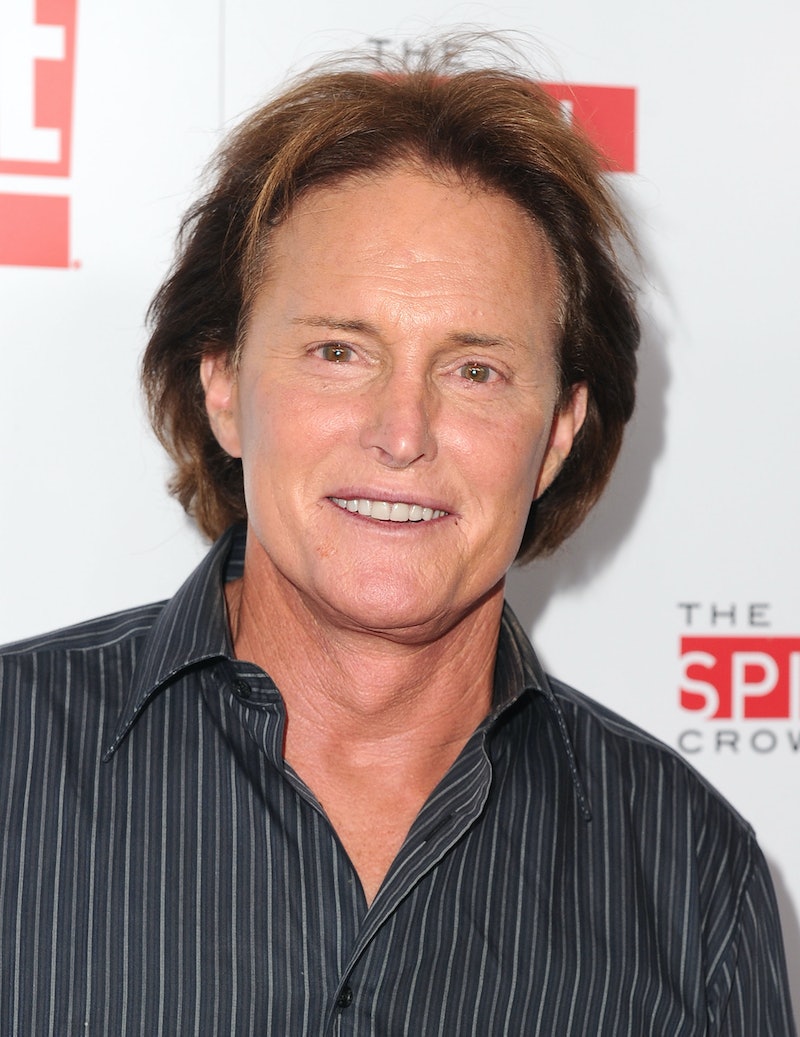 When it comes to the Kardashians and the Jenners, it's all about rumors, rumors, rumors. Well, here is another one to add to the mix. According to TMZ, Bruce Jenner is getting his own docu-series that will depict his "journey." About three weeks ago, there were reports that Jenner would be getting his own show, and now it seems like even more of a possibility. Of course, most are wondering, especially based on how TMZ is wording Jenner's supposed series, if it will follow Jenner's "journey" transitioning into presenting as a woman.

As TMZ says, the series will follow "his life changes" and will give viewers an inside look from his point of view and the "process of changing." Some sources are saying the doc will show Jenner's kids and ex-wife, Kris Jenner, and "how they are receiving the news." Per another source close to production, "when Bruce talked openly with the family, at one point Kris 'lost it,'" meanwhile his kids have been "extremely supportive." TMZ is also reporting that the series could air on E!

For awhile now, there have been reports (some appalling and disrespectful) about Jenner's appearance and how he will soon come out as transgender. There has been no official confirmation of any of this, but Jenner's stepdaughter Kim Kardashian did stand up for him during a recent interview. As Kardashian told Entertainment Tonight,

I’ll say that I think that Bruce should tell his story his way. I think that when the time is right, he’ll talk about whatever he wants to talk about.

Now, whether that means Jenner is going to discuss his story, whatever that might be, through the alleged docu-series, I don't know. What I do know is this: hopefully, the series will showcase Jenner in a good light and be sensitive to his life and story. If he is using the series as a way to come out as transgender, then we should give him all the support in the world, respect him for who he is, and applaud him for having the strength to do so.

Whatever the case, and no matter what, it's also important to remember, like Kardashian said, to not judge Jenner and let him tell his story in his own time.

More like this
Kendall Jenner & Devin Booker Reportedly Broke Up After 2 Years Of Dating
By Jordyn Tilchen
Kylie Jenner Shares A New Photo Of Her Son With Travis Scott For Father's Day
By Jake Viswanath
It Took Investigators 23 Years To Correctly Identify Helen Wilson's Real Killer
By Brad Witter
All The Marvel Easter Eggs You May Have Missed In ‘Ms. Marvel’ So Far
By Kadin Burnett
Get Even More From Bustle — Sign Up For The Newsletter