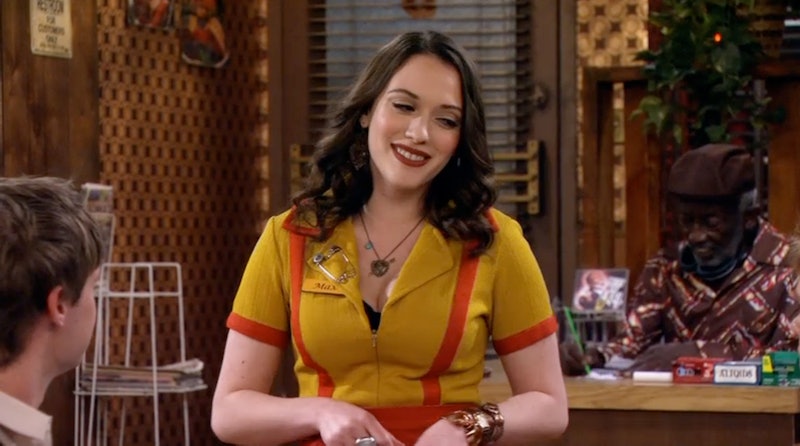 It was in my junior year of college when I decided that maybe it was time to get a job that wasn’t within the safe walls of the work-study programs in the English department. A friend of mine was working at a small restaurant the next town over from where my university was, and since they needed an extra waitress a few times of week, she suggested I interview. Despite having zero experience (I’m more of an eater than a server), I was hired on the spot.

In the morning, from 6 a.m. to 9 a.m., the restaurant was strictly just coffee and take-out breakfast sandwiches. Then from 9 a.m. to close, it was a restaurant of about two dozen tables and a counter, which, unless it was the weekend, were solely covered by one person. Considering I don't have the best personality when it comes to dealing with people, especially difficult ones, it’s amazing I lasted as long as I did — a whole four months! But what I learned along the way, in addition to the fact that I should never waitress again, was that people can be pretty awful.

So, do your future waitresses and waiters a favor and pay attention, because this is the stuff that they really want you to know, and would love to say to your face, if it wouldn't jeopardize their jobs. Here are 15 pieces of common sense your server wishes you could remember every time you go to a restaurant.

There's a reason why your waitress gives you her name before she tells you that she'll be taking your order, and that reason is because she has one. I have a name, you have a name, we all have a name, and it's by our name that we want to be called. If you forget our name, which happens, a polite, "Excuse me?" will work just great!

2. You Don't Have Permission To Touch Us

OK, so we moved past "sweetie," and you know who we are. Things are going swimmingly — until we reach over to put down a plate or pick up a plate, and you touch our arm or reach for a straw out of our back pocket. Nope. Not OK. Not OK at all. Don't do that. I imagine you probably don't like to be touched by strangers either.

3. We Know You're There, So You Don't Need To Remind Us By Waving

We get it. You're done eating and have places to be, so you want that check, stat. We're very aware of you, and all the other customers that we're serving, so we'll get there. We can only move so fast and breaking news: You are not special. So, don't act like you should be our priority, because you're not. All customers are equal in priority.

4. Whistling And Snapping Your Fingers Is Even More Obnoxious Than Waving

Well, if waving is bad, how do you think we're going to respond to whistling and snapping? It's almost as if you want us to think you're the worst. Just don't do that.

5. When You Help Yourself Under The Guise That You're Giving Us A Hand, It's Really Insulting

You want more coffee, but your waitress is nowhere in sight, so you get up and help yourself. If your waitress catches you in the act sometimes you'll pretend you're "helping" because we're "so busy." That's actually code for "you're not giving me enough attention and I couldn't wait."

6. Tips Are Necessary Not Just To Make Rent, But To Live

In the United States, people in the service industry make pretty much nothing. Sometimes it's only a couple bucks an hour, or merely a shift pay. I actually have friends who work at some bars where they don't even get that. So, tips literally are our bread and butter. We need them to pay our rent, and maybe, just maybe, take a night off and get waited on for a change.

Ideally, you should try to aim somewhere between 16 and 20 percent for your tip. I could always tell when I was waiting on a fellow waitress, because the tip would be about 25 percent or more.

7. There's A Word For People Who Tip In Loose Change: Assholes

Listen, I hate change, too. It's a total pain in the ass, so I put it in a jar and just let it pile up. But if you think that a pile of pennies, nickels, dimes, and the occasional quarter is any way to tip your server, then maybe you should just stay home and eat there.

8. Making Us Wait To Take Your Order While You Finish A Phone Call Is Rude As Hell

Please don't expect your server to stand there and wait for you to get off the phone or to try to interpret whatever all your pointing and gesturing is supposed to mean. Most of us are not mind-readers and, frankly, it's rude.

9. We Serve The Food, We Don't Cook The Food

If you ask for your steak well done, we write it down, then pass it along to the kitchen. If your steak comes out to you still mooing, we're not really to blame. Of course, we're the ones who will have to deal with your yelling, belittling, and sometimes your inquiries into our intelligence ― not cool.

Before you have a meltdown, realize that a civilized dialogue will do wonders for everyone involved. that way, no one will spit in your food when it comes back out. I kid! (Or do I?)

10. There's A Special Place In Hell For Customers Who Clap When Something Breaks

An entire tray of glasses was just accidentally dropped and the sound of breaking glass echoed throughout the restaurant ― it happens. Does this really warrant a condescending round of applause? Um, no. Who are you people?! Stop. It. Now.

After you've looked at the menu and closed it, we assume you're ready to order. But then this weird thing happens, where we come over to see what you would like and you open the menu and stare at it some more while we wait for you to decide, when we could be doing other things. You wouldn't want us to come to your job and waste your time, so don't waste ours.

12. You're The Only One Who Thinks Your Unruly Child Is Adorable

A child on the loose is dangerous in a restaurant. If we trip over your kid who's doing laps around the table and dump hot coffee or, say, an entire bottle of beer on them, are we to blame? No. Of course, you will blame us, but logistically, you have no one to blame but yourself.

13. If There Are More Than Three Of You Splitting The Bill, Ask For Separate Checks In The Beginning

This is just common courtesy. Besides, you're not just helping us out — you're saving yourself the trouble too.

14. There's A Difference Between 'Server' And 'Servant'

Your waitress is not your personal employee. She is not there to focus on you and only you, nor is she under any obligation to do anything outside of taking your food and bringing it to you, with a smile while asking, "Do you need anything else?" We're not there to kiss your ass, be at your beck and call, or watch your kid while you run out to your car to get something.

If you need someone for that type of stuff, I suggest you hire a personal assistant.

You're the last people in the restaurant. You've been done eating for awhile, the kitchen has been closed for over an hour, the chairs are up on the table, someone is cleaning the floor, and your waitress is standing against the wall wondering when, oh when, you'll get the hint that it's time for you to go home.

This is the worst type of customer. Your propensity for inconsideration should be studied by scientists and you should be shamed on social media. Go home. Just go the eff home.

More like this
Black Women's Equal Pay Day Highlights An Upsetting Problem
By Brandi Neal
The Spiritual Meaning Of Angel Number 000, Explained
By Kristine Fellizar
10 Ways To Be More Empathetic To Your Partner
By Raven Ishak and Lexi Inks
Think Your Partner Is Cheating? These Tarot Cards May Confirm Your Suspicions
By Kristine Fellizar
Get Even More From Bustle — Sign Up For The Newsletter