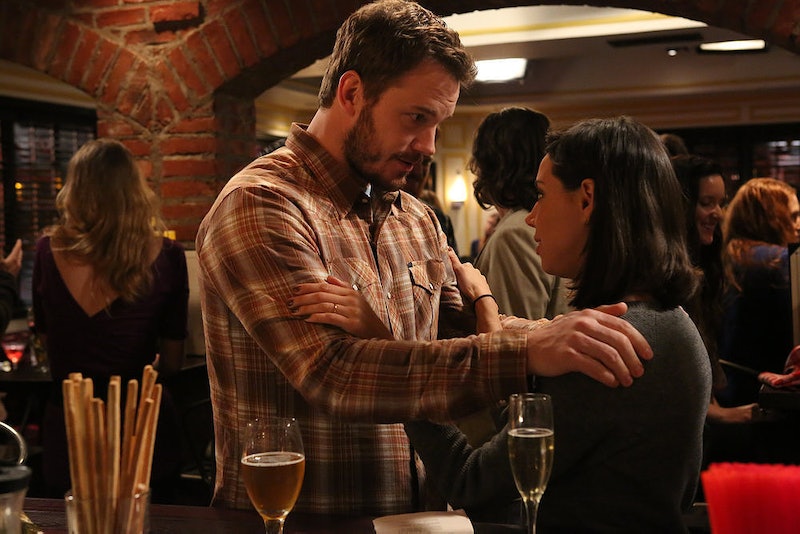 Sadly, there is soon going to be a Parks and Recreation-shaped hole in the hearts of dedicated fans everywhere. It'll probably be bigger than the pit behind Ann's house, and no amount of Netflix and waffles will ever be able to fill it — because soon, friends, Parks and Recreation is ending. However, it's not just the fans who are sad to say farewell to the wonderfully weird people of Pawnee, though, it's the stars of the show as well. Case-in-point: Chris Pratt and Aubrey Plaza sat down on the set of Parks and Rec to talk about their characters, and how the relationship between Andy Dwyer and April Ludgate blossomed into one of the most endearing on the show (which is saying a lot when you're competing with Leslie and Ben). Amidst their tear-filled walk down memory lane, however, Chris Pratt and Aubrey Plaza also offered fans a most brilliant plan for coping: Some sort of Andy and April spin-off to follow up Parks and Recreation's final season.

How amazing would that be?! In their twisted, beautiful brains, Pratt and Plaza imagined the spin-off (which I should stress, is something they literally made up on the spot — aka, it's sadly just a joke) to be a dark, but funny cable series that's one-part procedural crime and one-part Cheaper by the Dozen. In other words, it would include more Burt Macklin and Andy/April offspring. It already sounds perfect.

There are more details about it that I won't spoil for you (just watch the interview, seriously), but I'm sure if you're as diehard a fan as I am, you've already mentally committed to watching this theoretical spin-off. It sounds genius! Honestly, now that Pratt and Plaza have suggested it, it has to happen. Come on NBC, you can't say no to one of the biggest movie stars in the galaxy!

You can check out their genius brainstorming session below: 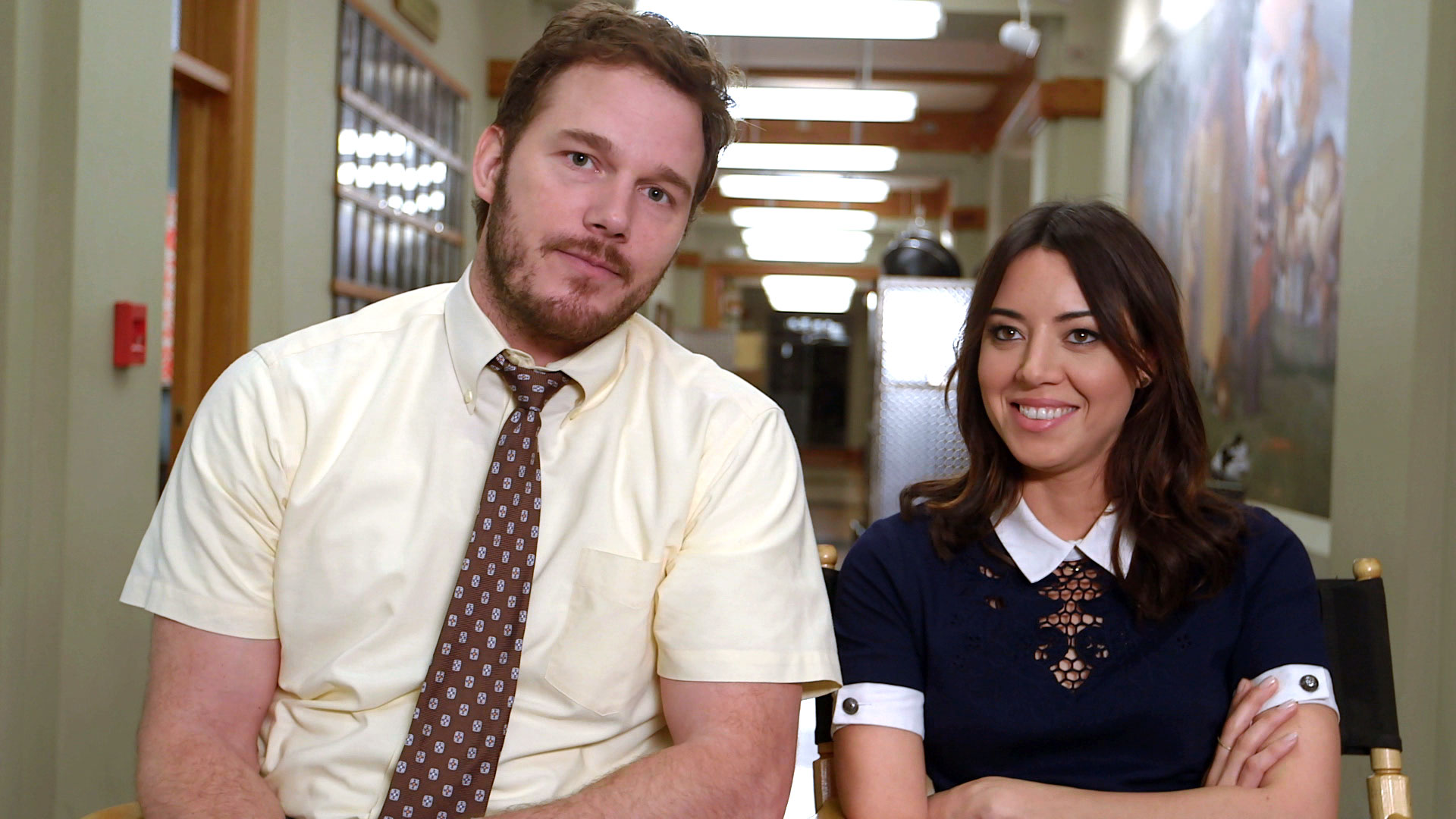