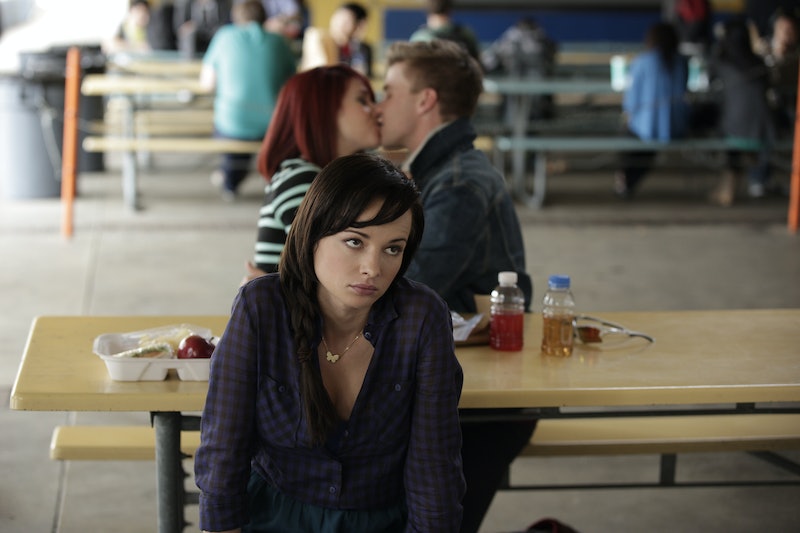 When you’re a little kid, Valentine’s Day at school is the best. You get to eat lots of candy, decorate your valentine box with excessive amounts of glitter, and give all your classmates cards that have your favorite cartoon characters on them. But when you become a teenager, you discover the truth: Valentine’s Day in high school is the worst.

Once hormones entered the picture, February 14 just went downhill — whether you were single or in a relationship. If you were boyfriend or girlfriend-less, it was annoying to watch your lovesick classmates sucking face in the school parking lot. If you were dating someone, you were terrified they’d break up with you before Valentine’s Day because it was too much pressure for your three-week-old relationship to handle. Plus, nobody handed out SpongeBob SquarePants valentines anymore — clearly that was the real tragedy at hand.

Though some people look back on their high school years with nothing but bitterness, I have fond memories of those days. My friends were (and still are) absolutely weird and wonderful, and we knew how to make the most out of any dull situation in our small hometown. Together we could endure even the most obnoxious of high school couples. Here’s to being (mostly) grown-up women who can now laugh about all these reasons why Valentine’s Day in high school sucked.

1. Those flower deliveries at school

Whether it was student council, Key Club, or the cheerleading squad, some organization always sold flowers or Crush soda cans for Valentine's Day. Homeroom on February 14 was like a rose ceremony on The Bachelor... you felt lame if you didn't receive a flower, but most of the time you didn't care about the person who actually sent one to you. I mean, the thought was nice, but mostly those deliveries made fragile high schoolers feel like crap.

2. PDA in the hallway

This was obnoxious most days in high school (dodging couples holding hands in the hallway, ugh), but especially around Valentine's Day. Maybe it was all the sugar and conversation hearts, but everyone was especially frisky in mid-February. You could always count on some couple flirting or making out in front of your locker when you were running late to class.

It wasn't just you. Nobody knew how to kiss in high school. Even after dating somebody for a few months (which is more like years to a high school couple), things were weird. Remember making out on the couch in your parent's basement, constantly on alert because one of them inevitably checked up on you every half hour? That was romantic.

Everyone knew who was dating who, and new couples fueled the best gossip. And if your school had a Valentine's Day dance, the pressure was really on. Good luck, lovebirds!

5. You couldn't even see R-rated movies

As if that generic date at the movies wasn't bad enough, you couldn't even see any of the best comedies. Even the making out and awkward shoulder grazing were pretty PG-13.

Well, maybe this one's for those freshman and sophomore years. Before getting your driver's license, your parents might have dropped you and your date off at the movies — or worse, the mall. Because when you had no money to spend, it was easy to wander aimlessly through a place devoted to consumerism (and share an Auntie Anne's pretzel).

7. High school romance was a letdown compared to the movies

Teen movies gave you the most distorted perception of what high school and dating were supposed to be like. Take 10 Things I Hate About You, for instance. No high school guy is as mature and attractive as Heath Ledger... because they're still teenagers. If your young love made it into adulthood, I'm impressed.

Even if your Valentine's Day date was going well, you had to be home by midnight (or earlier, depending how strict your parents were). It just wasn't fair!