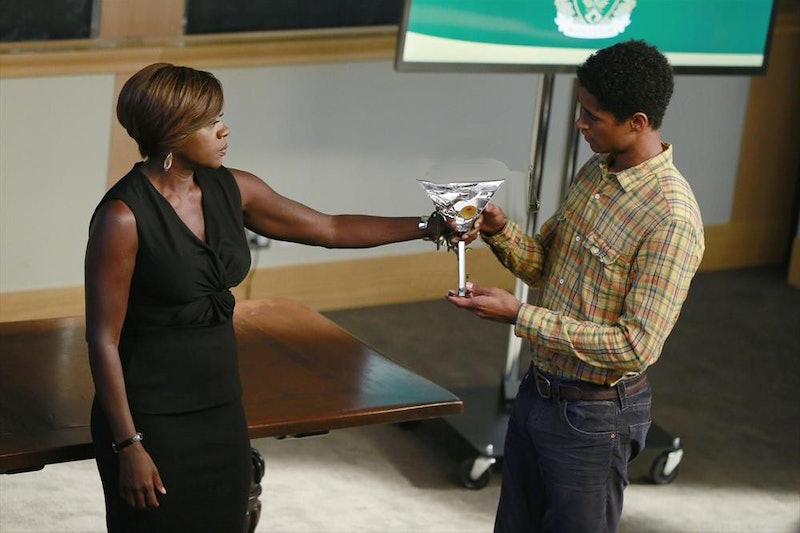 Thursday is the night that we've all been waiting for... How To Get Away With Murder is back from the Season 1 winter hiatus, and you can bet that there will be no smooth transition back into the chaos that is interning for Annalise Keating. The drama that went down in the first half of the season was only the beginning — seriously, that was just setting us up for where we are now — so we are going to need a little aid for the second half of the season if we want to make it out alive (it's like, with this show that's not even a joke). Hence, my latest masterpiece: The HTGAWM drinking game.

Given that this show is hella dramatic — in a good way — and is arguably the pièce de résistance of #TGIT on ABC, it might be a good idea for us to liquor up to take it all in. Plus, if you've been drinking, the thought that all the illegal drams that goes down on HTGAWM might actually be happening in real life will settle a little better... or worse... Let's find out shall we?!

Play your cards right and you can end up just like these drunk Bustle editors, trying to remember Season 1:

Finish Your Drink If...