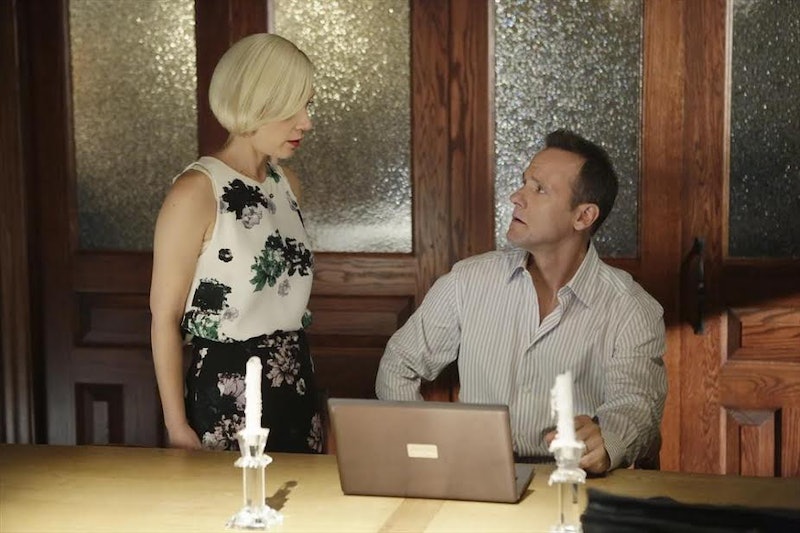 The day has come: the day where we finally get some clarity to who killed Sam Keating on How To Get Away With Murder . There have been so many theories to who could have killed Sam. First, it could have been Annalise, but that would mean that the students have been covering for her this whole season. Another theory had me suspecting Michaela — the trophy/ murder weapon holder at the time of the death — also the most unlikely murderer of the whole group. And then there's Rebecca. Rebecca actually confessed to killing Sam a couple of weeks ago, but at the time it seemed more like a means of protecting Wes, and the other law students. So who was it that was finally revealed to be Sam's killer? That would be Wes, who hit Sam over the head with the trophy to save Rebecca — aww!

We've been building up to a lot of unanswered questions in the midseason finale, most of which were answered. First of all, how did everyone end up at Annalise's house/ office to be present for Sam's murder? That became a little clearer from the last episode when Wes, Connor, and Laurel were chasing after Rebecca — who was on her way to the house to hack Sam's computer — to stop her from confronting Sam. But that didn't answer if Annalise was at the house for the murder, or even how Michaela — the trophy holder — got there.

A lot happened, and it happened very quickly. Within the first moments of the episode it looked like Michaela was the murderer. Sam attacked Rebecca to get the flash drive with all of his computer data — Rebecca was going to use this to pinpoint Sam to Lila's murder. When Sam attacked her, and everyone got into a physical fight, Michaela shoved Sam over the staircase banister. And there he lay — dead. JUST KIDDING! Because that would be too easy.

When the students are talking about if they should or shouldn't call the cops, Sam "comes back to life" and starts strangling Rebecca — a very possible hint of what he did to Lila (just sayin'). That's when the point of impact happens, and Wes uses the trophy to smack Sam in the head, which proves to be the fatal blow.

Now that we know that Wes officially killed Sam, we will hopefully segue into learning what involvement, if any, Sam had in Lila's death.