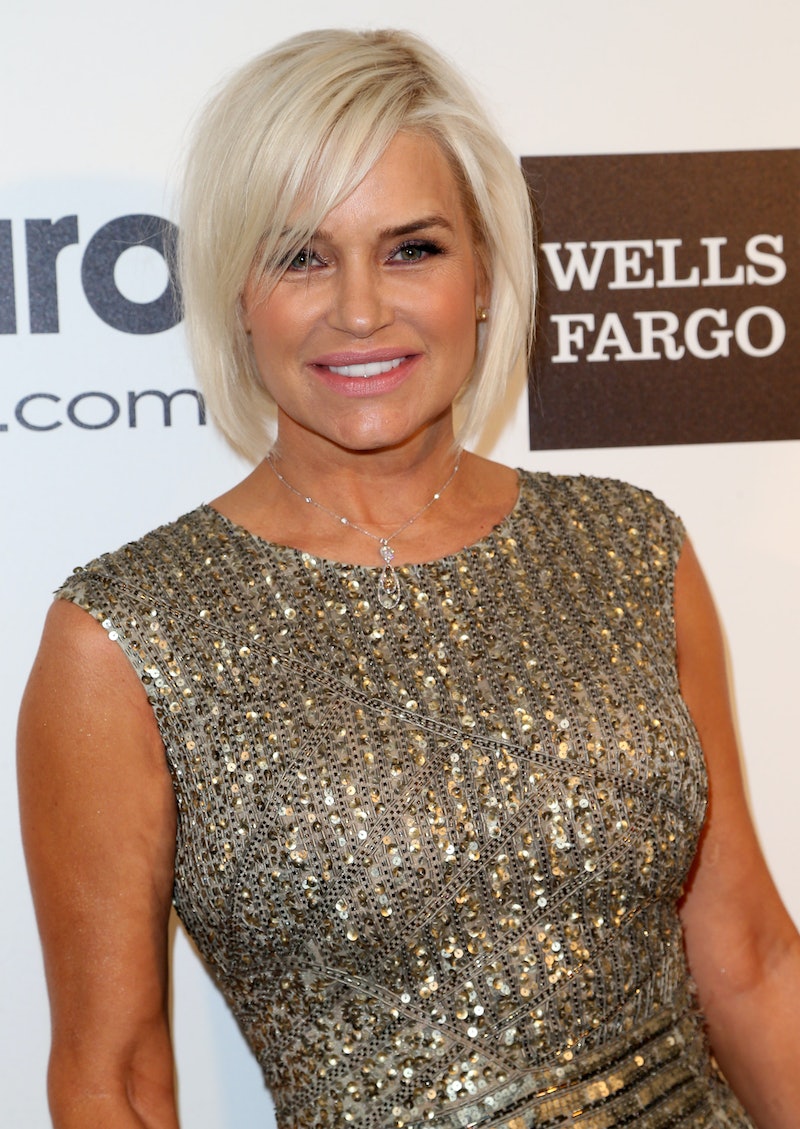 Throughout this season of the Real Housewives of Beverly Hills we've seen Yolanda Foster focus a lot of her story on her children (more specifically her daughters Gigi and Bella Hadid). With that, we've also heard a lot about Yolanda's ex-husband — and father of Gigi, Bella, and Anwar — Mohamed Hadid. Mohamed's name isn't new to RHOBH as we've heard Yolanda (and close friend Lisa Vanderpump) talk about him for seasons, and if you're a true fan, you might even remember "going" to Lisa's daughter, Pandora's engagement party hosted at Mohamed's lavish estate. But who is RHOBH 's frequently mentioned Mohamed Hadid?

People always talk about aspiring to be like their parent's marriage, but with respect to Yolanda and Mohamed, I would say people might want to aspire to be like their not-marriage. The two divorced in 2003 (they married in 1994), but to this day seem to have an awesome relationship. Mohamed and Yolanda still spend time together — whether it be for their children, or just because they're able to have a healthy relationship like that — and Mohamed even introduced Yolanda to her current husband, David Foster! Now that's a cool ex-husband. Here's everything you should know about Mohamed Hadid, Yolanda's ex-husband on Real Housewives of Beverly Hills.

In an interview with Haute Living, David Foster revealed that it was Yolanda's ex, Mohamed, who introduced the now married couple. In the interview, Foster says that he was walking around his friend Mohamed's home and saw photos of Yolanda and their children and said, "'That’s your ex-wife, and I’d like to meet her.' So he introduced us." The rest of that story is history, but at least you don't have to worry about any awkward tension between the husband and the ex.

He Is A Real Estate Developer

If you think back to Pandora's engagement party (where there were camels, as any good engagement party should include), you might remember that Mohamed's house was exquisite. But his house isn't the only beautiful home he's had a part of, because Mohamed is a luxury real estate developer as well. Mohamed and Hadid Design & Development Group have established beautiful office and residential developments in Beverly Hills, Aspen, Washington D.C., and Mexico.

Mohamed is the father of five children, including three with Yolanda. If you look on his Instagram, he posts a ton of photos of all his children, proving how much he not only loves them, but how proud of them he is (See his adorable Instagram regarding daughter Gigi becoming the "It" girl).

As mentioned before, Mohamed is good friends with Real Housewives of Beverly Hills queen, Lisa Vanderpump. He is also friends with Joyce Giraud (remember her?) from last season of RHOBH. There were also rumors that Mohamed's fiancee Shiva Safai was being considered to join the Real Housewives of Beverly Hills cast, but that clearly didn't turn into anything —though that doesn't stop me from hoping.