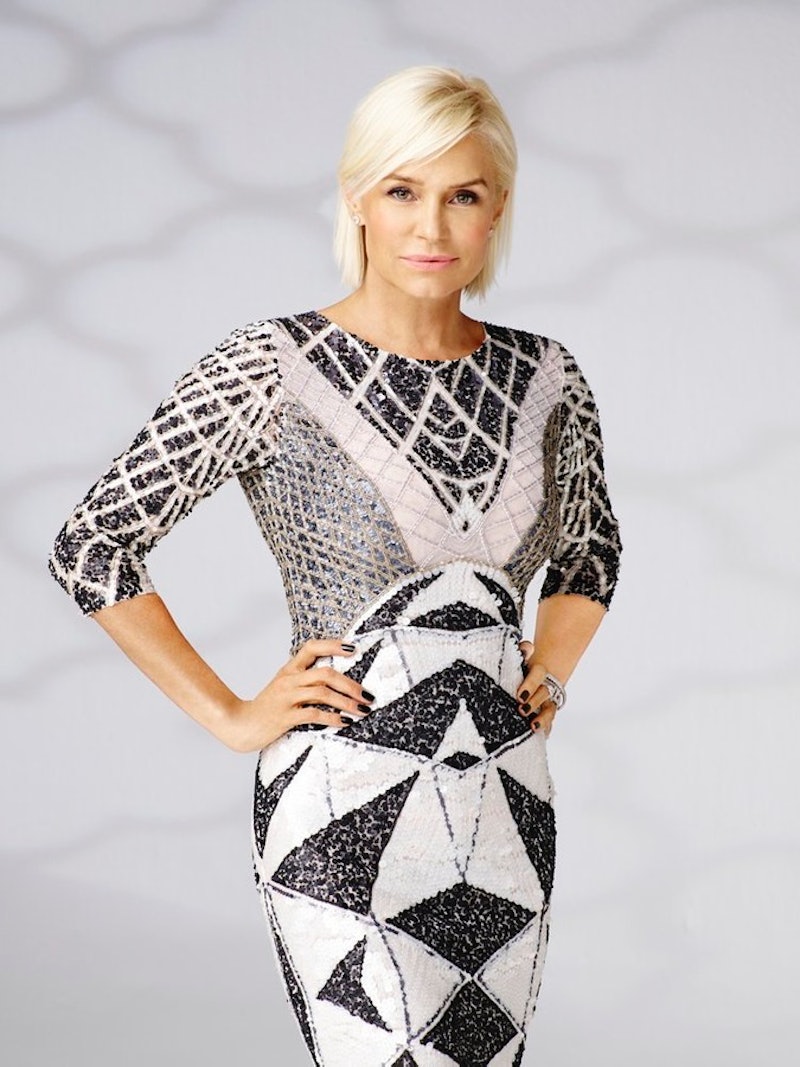 I don't know about you, but I was getting a little worried during the Dec. 9 episode of The Real Housewives of Beverly Hills . Throughout the episode, I constantly thought to myself, "OK, but when is something exciting actually going to happen here?" How many people — and animals — can try on clothes in one episode before I fall asleep completely?

Of course, like any good TV show the drama came at the very end of the episode. And while it certainly piqued my interest, once RHOBH revealed the bit of shocking news, which had been teased before the episode aired to involve Yolanda Foster, it wasn't really the good kind of drama you crave from every Housewives episode.

Nope. Yolanda got a fateful call at the end of the episode, one that would ruin anyone's fancy yacht vacay in Mallorca, Spain, and it certainly ruined hers. As Yolanda's phone rang and rang, there were so many thoughts coursing through my brain. Is this going to be tragic news of the passing of Yolanda's mother, who is battling cancer? Is this a nasty call from a Housewife looking to pick a fight because she has nothing better to do? Isn't Yolanda going to rack up a fortune in international phone bills?

None of those possibilities ended up happening. Well, the phone bill is still a mystery. No, the phone call ended up being from Yolanda's husband David who informed her that her then-17-year-old daughter Bella Hadid was arrested for a DUI. The incident made national news when it occurred in July.

Like any normal and concerned parent, Yolanda was obviously extremely disappointed in her daughter for doing such a thing. Earlier in the episode, Yolanda revealed that her father had died in a car accident when she was only 7 years old, so this is understandably an even more sensitive subject for her.

Clearly, the vacation was over at this point, and you could see through the hurt in Yolanda's eyes that she was aching to get home and deal with this issue head on. And if the preview of next week's episode is any indication, that's exactly what she does.

These days, it looks like Bella is doing just fine. She's a freshman at Parsons The New School for Design in New York while also pursuing her modeling career, just like her sister Gigi and mother before her. It certainly looks like she learned her lesson. Well done, Yolanda.