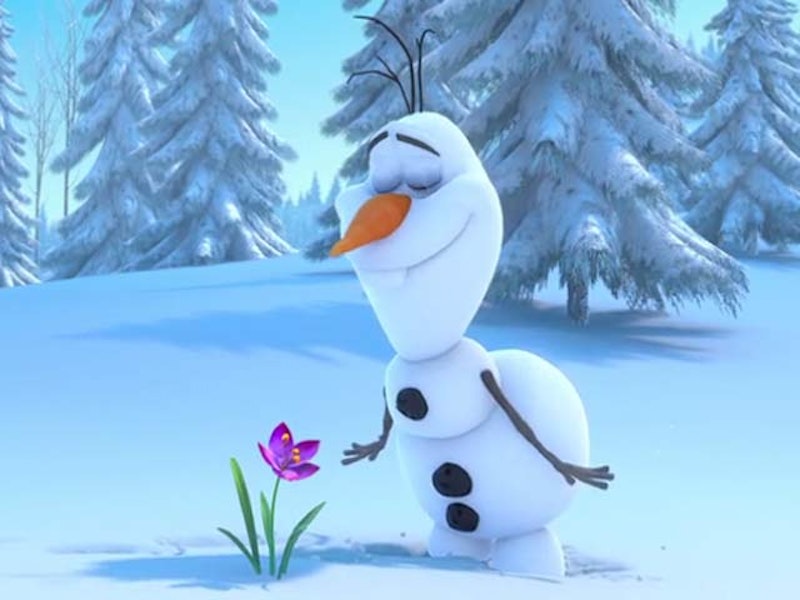 Disney has released the first teaser for its next animated film, Frozen. The short trailer only features one main character, snowman Olaf, voiced by The Book of Mormon and 1600 Penn star Josh Gad, and a reindeer who will probably steal the whole movie. Check out the trailer below — does it look familiar?

To us, yes. The spot is strikingly similar to Gone Nutty, the short featuring Ice Age's Scrat that picked up an Academy Award nomination in 2003.

Granted, it's not a close enough comparison to lead us to cry foul, and, hey, kids love the silly, physical humor of Gone Nutty. Why not draw inspiration from it?

The plot for Frozen — featuring the voices of Kristen Bell, Idina Menzel, and Jonathan Groff — isn't revealed here, but it is said to focus on a fearless girl confronting her sister, an ice queen who has trapped their kingdom in winter. And notice that while this is a Disney animated film, there was no Pixar logo, so no need to bring a box of tissues if you go see the film in November.