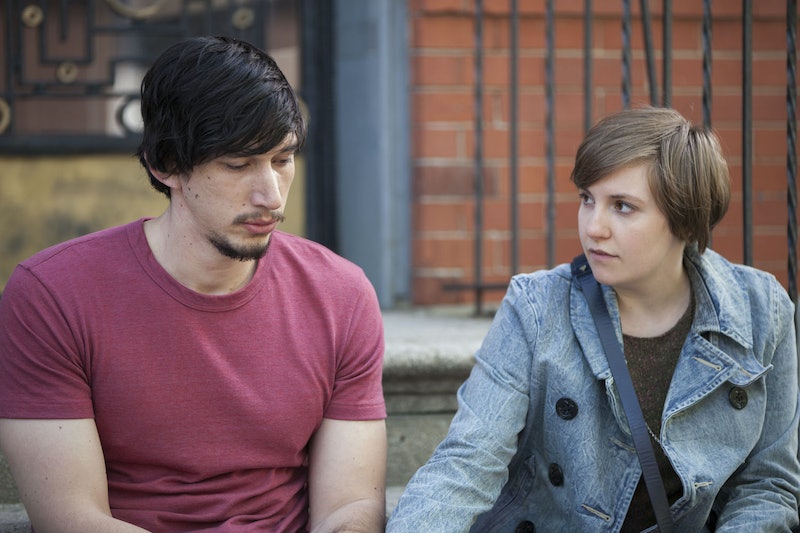 There's an old misconception that no one gets dumped on Valentine's Day. This comes from the romantic folklore that any couple that makes it through the "turkey drop" — the annual pre-Thanksgiving breakup frenzy that sweeps through the nation, tearing apart all couples not ready to weather the winter holidays together — is guaranteed to make it through Christmas, New Year's, and Valentine's Day together, too, with an option to either re-up for another season or break-up, thaw out their genitals, and seek new partners come sometime around the spring equinox.

But as soothing as the idea is, it's simply not true — winter is packed with a wide variety of hidden breakup hot spots, almost all of them during the times when you thought you were finally secure. Even Valentine's Day isn't safe — it is a day that, according to Facebook data analyzed by British journalist David McCandless, surpasses the summer holidays in sheer number of relationship implosions.

That same data reveals the previously thought-to-be-safe mid-winter months as some of the most romantically torturous of the year: breakup rates begin to climb at the beginning of the new year, rising through Valentine's Day itself, before reaching their peak in mid-March — a time when even more folks break up than during the infamous "turkey drop." A 2007 Yahoo survey also found that people are twice as likely to consider breaking up between Christmas and Valentine's Day than they are any other time of the year, and other research supports a bump in breakups right after New Year's Eve.

To keep you better informed/comfort you/best nurse your paranoia, we've created the definitive guide to all the most-break-up-iest times of the year. (I've also included my personal data. You're welcome.)

Source: A divorce financial analyst, who, granted, has a horse in this race, but still.

Why You Might Get Dumped: Things have not been going well for a while, and your partner wanted to begin the new year with a fresh start; the pressure of spending the December holidays with each other's families revealed that you two were not as well-matched as you had both previously assumed; it was an easier New Year's resolution for them to keep than going paleo; you got drunk at a New Year's Eve party and openly stole, like, a LOT of toilet paper from the host's bathroom (it was falling out of your purse and everyone could see; it was really shameful).

Have I Personally Been Dumped Then?: Yes.

Source: A sampling of Facebook statuses, statuses which know you better than you know yourself!

Why You Might Get Dumped: The impossible demands of having a perfect Valentine's Day forced the cracks in your relationship to truly show; all the love talk going on around you made you and your partner begin to wonder if you actually have a real future together; your partner told you he's taking you out for nachos but then it turns out that they are super fake health food nachos, and also he bought you weird split-crotch panties as a gift (JK, I stayed with that guy for two more years).

Interestingly, that same Facebook data shows a little drop in dumpings in the days following Valentine's Day, suggesting that the holiday perhaps functions for some as a dating version of The Purge.

Have I Personally Been Dumped Then?: No.

Why You Might Get Dumped: With the sun beginning to shine again and all but the most disgusting snow starting to melt away, humanity is reborn, and your partner disocvered that they were no longer interested in wasting their weekends barely tolerating you while you talk over Sherlock; all around, friends were breaking up, causing your partner to rethink your relationship status; your partner heard that March is the peak breakup time of the entire year, and wanted to be "on trend;" your partner finally got matched up with Adam Duritz on Tinder (also, whoops, they were secretly looking at Tinder for the last two weeks of your relationship).

Have I Personally Been Dumped Then?: Yes.

Source: Ancient dating lore; countless trend pieces; your mom, just trying to give you some solid life advice before you left for college.

Why You Might Get Dumped: You were high school sweethearts trying to date through your first year of attending separate colleges and it was not working out; you were college sweethearts trying to long-distance date through your first year in the outside world and it was not working out; your partner believed the myth that if they did not dump you right now, they would be stuck spending Thanksgiving, Christmas, New Year's Eve, Penguin Awareness Day, and Valentine's with you.

Have I Personally Been Dumped Then?: Yes (like, five different times).

End of November Through the Middle of December

Why You Might Get Dumped: Your partner knew that the "turkey drop" is for college kids, and it is their right as an adult American to freak out about the idea of spending the holidays with you and dump you any time they please; the encroaching end of the year caused your partner to reflect on their life and do one of those things where they decided to change all the superficial aspects of it instead of doing any deep digging into their real problems.Have I Personally Been Dumped Then?: No, but not for lack of trying.