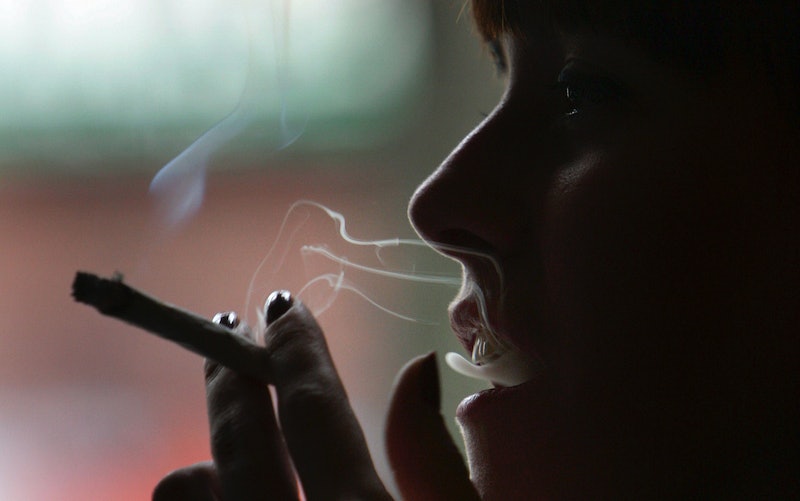 Loyal foot soldiers in the War on Drugs scored a major victory today as the FBI seized and shut down "Silk Road," an anonymous online drug "black market." They also arrested Ross Ulbricht, its alleged owner, was arrested and charged with facilitating the sale of illicit drugs, hacking computers without authorization and — most ominously — soliciting an assassin to kill a Silk Road user who threatened to blackmail the site’s users.

Ulbricht, who it's claimed operated the site under the moniker “Dread Pirate Roberts,” was arrested Wednesday in a San Francisco public library. The FBI had previously seized his alleged domain and shut it down. He's accused of creating and managing what amounted to, in the words of FBI agent Christopher Tarbell, “the most sophisticated and extensive criminal marketplace on the Internet today.”

Silk Road, which was launched in 2011, was essentially an eBay for illegal drugs. Until Wednesday, it was buried deep in the Internet, and accessing it required a high degree of tech skills and a special browser. The site didn’t accept credit cards, PayPal, or cash, and instead used Bitcoin: the decentralized, untraceable digital currency that’s apparently the future of money. Well, according to the Winklevii twins, at least. In reality, Bitcoin hasn’t exactly been stable or realistic, and seems to get hacked on a monthly basis. At the time of his arrest, Ulbricht was reportedly in possession of 26,000 bitcoins, or $3.6 billion dollars' worth.

As a result, Silk Road offered users a cashless, anonymous way to purchase all sorts of illegal drugs — from marijuana to LSD to heroin, not to mention prescription drugs toandopiates — from the comfort of their homes. It also offered other illegal services, according to the felony complaint, such as tutorials on how to hack ATM machines and contact lists for other black market retailers. It’s yearly sales are estimated to top $1.2 billion, and both Gawker and PolicyMic have profiled the site in the last couple of years.

The feds also say that Ulbricht put out a hit on a Silk Road user who threatened to reveal the identities of the site’s users. Ulbricht allegedly paid 1,670 Bitcoins, or roughly $150,000, to have the individual murdered, and while he was apparently told the job had been completed, authorities couldn’t confirm that anyone had been killed.

In addition to shutting down the site and arresting Ulbricht, the FBI also seized $3.6 million in Bitcoins, the largest in Bitcoin history. Following news of the Silk Road’s shutdown, the value of Bitcoin fell 15 percent, which according to speculation might spell the end of the so-called currency. If you’re curious about what exactly Bitcoin is, there are some good takes here and here. It’s very popular with libertarians, and quite controversial in general.

Earlier this week, Attorney General Eric Holder unveiled a series of proposals aimed at drastically reforming how the Justice Department prosecutes the Drug War. (Maybe he read the study showing the Drug War results in cheaper, stronger narcotics, and realized a change of course was in order.) Holder’s proposals included shifting drug prosecutions to local and state authorities, funneling low-level offenders to rehab centers instead of prisons, and and placing limits on which drug offenders are charged with crimes that hold mandatory minimum sentences.