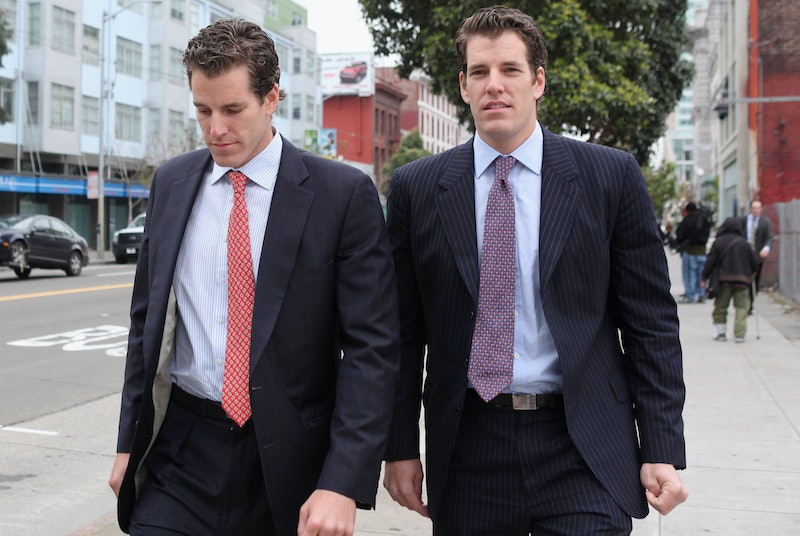 The Winklevoss Twins (of "Actually, we invented Facebook" fame) are putting their broad Olympian rowing shoulders behind one of the most mystifying technological phenomena out there: bitcoins. Today, the Winklevoss Bitcoin Trust has filed for an initial public offering (IPO) to put the bitcoin on the market for real.

In the most basic of lay-women's terms, it's a form of electronic money not connected to a single government or central bank. So what would it mean to "invest in electronic money"? This is the point at which we turn to the master explainer Salman Khan:

The thing about bitcoins—and any kind of currency, really—is that the people using it must have confidence in its long-term value, or they won't accept it as payment. So far, bitcoin values have been anything but stable: The New York Times compares the market to "the Dutch mania for tulips in the 1600s," with wild fluctuations and sharp, unpredictable crashes. Though the Winklevoss twins say they own $11 million worth of the bitcoin market, the actual worth of the market changes by the day. When NPR's Planet Money team tried to buy and use bitcoins, they had a heck of a time just figuring out how to get ahold of enough change to buy lunch.

That's where the Winklevii believe they come in: If approved, today's proposal to the Securities and Exchange Commission would let any investor trade bitcoins through an exchange; making the currency more accessible, trackable, and, presumably, less stigmatized. However, as Mashable's Todd Wasserman argues, watchers consider the idea "a long shot." The twins have come out as the most prominent, confident bitcoin supporters yet—but their real challenge will lie in convincing other people of the currency's viability.

“People say it’s a Ponzi scheme, it’s a bubble,” Cameron Winklevoss told the Times. “People really don’t want to take it seriously. At some point that narrative will shift to ‘virtual currencies are here to stay.’ We’re in the early days.”

“We have elected to put our money and faith in a mathematical framework that is free of politics and human error,” Tyler Winklevoss said.