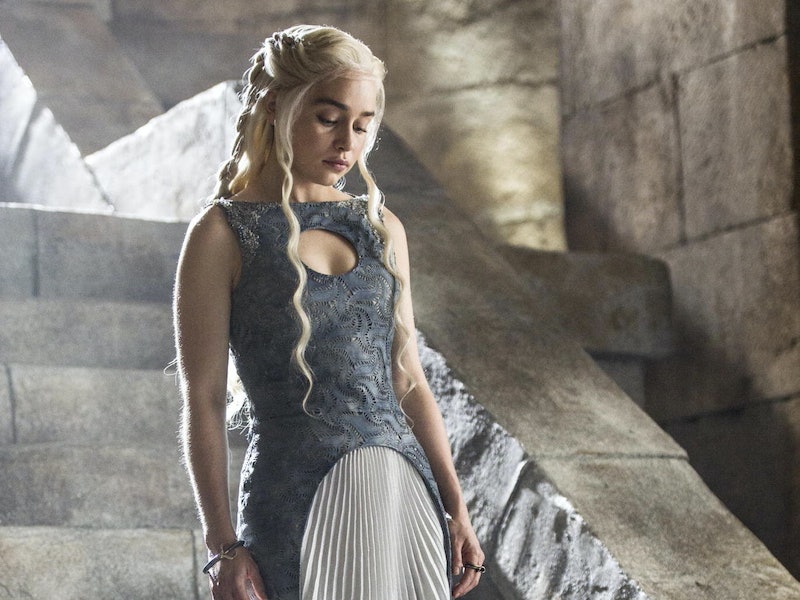 The new Game of Thrones trailer has angered some die-hard fans of the books, but it also has elicited the general excitement that comes with any GoT news. For me, it has certainly succeeded in getting me excited for the new season, with all its hints about familiar characters, the battles to come, and what body parts will be displayed. Sure, the Season 5 Game of Thrones trailer is not in HD, as it's currently just a leak of a trailer that previewed at an IMAX screening, rather than an official HBO release. You don't get the full beauty of the sets, nor can you fully appreciate the ominous cover of David Bowie's "Heroes" by TV On The Radio that scores the trailer.

How much do we care if the series is straying from the books? I'll be honest; I haven't read enough of George R.R. Martin's books to know how much the show is veering away this season, but I wonder if this might be good for my appreciation of the show. The HBO show is its own product, and faithful adaptations do not always result in a film or series as good as the original. Rather than focusing on the ways the show has strayed from the books, here are some of the reasons that the trailer has me excited for Season 5.

While Dany always spends a lot of time looking resolved and saying dramatic things, she seems to really mean it this time. The end of Season 4 left her broken and alone, and a hardened, embittered Dany might mean she'll become even more fiery.

These are possibly my favorite part of Game of Thrones. The trailer turns some great ones into voiceovers — "I’m not going to stop the wheel. I’m going to break the wheel." — and I'm excited to hear them in context.

With all of her family either dead or fighting against her, Cersei is out for revenge. And a pissed-off Cersei is one of my favorite things.

Ellaria is a super cool character, and it looks like we'll be seeing more of her this season.

When Varys describes the kind of leader that Westeros needs, Tyrion responds, "good luck finding him." Varys then replies, "who said anything about him?" This is excellent and suggests that Varys will be on Dany's side in the show. I can't wait for Dany to interact with other familiar characters, especially the mysterious and charming Varys.

The trailer features an image of Arya holding up her sword, and I hope this suggests that Arya will be fighting more in this season.

Littlefinger gives Sansa a revenge pep talk, which makes me hope that she is going to take a more active role in her life than in previous seasons.

Not really. I didn't particularly enjoy the trailer's two gratuitous cleavage shots. Considering Kit Harington's demands, what if the trailer had a similar quick cut of fabric lightly grazing across Jon Snow's butt? Just an idea.