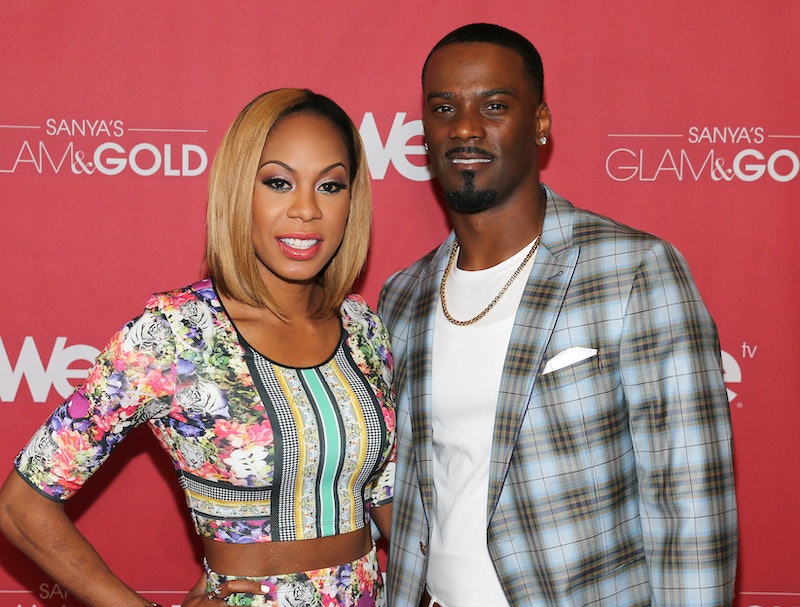 One of the more frequent, and frankly, pretty gross customs of the Super Bowl time of year is the aggressive commodification of the sexiness of Super Bowl players' girlfriends and wives. It's not just about football — it happens in every sport — and it's deeply gross. So how about a little "hey, these woman are awesome" list to break the mold? After all, some NFL girlfriends and wives are cooler than the players — countless among them are motivated, high-achieving women who deserve praise, independent of a couch-ridden fan's assessment of their sex appeal.

Ranking male sports stars' wives and girlfriends by attractiveness is by no means unique to the NFL. It occurs across many different sports, and who could forget when Serena Williams was asked to "twirl" during the Australian Open? Even broadcasters get in on the act sometimes; if you've blocked it out, ESPN's Brent Musburger put on the creeper act towards Katherine Webb, the girlfriend of Alabama quarterback AJ McCarron, back in 2013.

Basically, it never hurts to balance the scales a little bit, so here goes: here are some fantastically accomplished, awesome women who happen to be dating or married to NFL players.

In a relatively short time, Olivia Munn has solidified herself as a woman of various and considerable talents. She was a co-host of G4's Attack of the Show! for four years — both a show and a channel which, I readily admit, may be better off forgotten — before landing a spot as a contributor with The Daily Show for a year. Her tenure there was relatively short, and I know the circumstances of her hiring upset a lot of people, but she showed a ton of talent for the unique comedic rhythms of that show, in my opinion at least.

She followed that up by landing likely the biggest breakthrough role of her career so far, The Newsroom 's Sloan Sabbith. Equal parts cagey, smart, passionate and funny, Munn's performance as Sloan was basically the thing that made that show worth watching. She's also the current girlfriend of noted Packers quarterback and NFC championship game loser Aaron Rodgers.

In a world thick with oft-problematic celebrities, Kerry Washington is a gem: a supremely talented woman of color at the forefront of her industry, and a strong advocate for numerous progressive causes and activism. The star of Shonda Rhimes' ABC series Scandal, Washington's been honored by the NAACP, has advocated on behalf of women's health, and has been a high-profile voice against domestic violence. She even gave a speech at the 2012 Democratic National Convention, in support of President Barack Obama's reelection. Kerry Washington versus the Republican National Convention's disastrous Clint Eastwood appearance — who do you think got the better of that?

It all combines to make a high-profile, hugely popular woman with a considerable following — back in April 2014, Time magazine voted her one of the world's 100 most influential people, complete with a short essay by White House adviser Valerie Jarrett. She's also married to freshly retired NFL cornerback Nnamdi Asomugha, formerly of the Raiders, Eagles and 49ers.

Widely regarded as one of the most significant female supermodels of the current era, Gisele Bundchen's legacy stretches far past the realm of fashion alone. She's also active in a number of truly admirable environmental causes — specifically, she joined the board of directors of the Rainforest Alliance in Jan. 2014, and was also appointed to be a global ambassador for the United Nations Environment Program back in 2009.

To put it simply, with a personal fortune believed to outrank even that of famously rich former presidential candidate Mitt Romney, she could easily be resting on her laurels. But instead, she's clearly moved to try to make a positive difference for environmental awareness — as vital a cause as any, with so many Americans continuing to blithely ignore the threat posed by climate change. Also, she's married to Patriots quarterback Tom Brady, who will vie for his fourth Super Bowl title on Sunday.

If you're an NFL player, you probably have a reasonable expectation that you're a better athlete than your significant other. Well, that's not so for the Baltimore Ravens' Aaron Ross — while he's had a long, creditable career as an NFL cornerback, his wife Sanya is a decorated Olympian. The Jamaican-born Richards-Ross has run in two summer Olympics for the United States, and is a three-time gold medal winner, once in the 400-meter dash, and twice in the 4 x 400 meter relay. Simply put, there aren't very many people in the NFL who could hope to stack their own legacy up to hers.