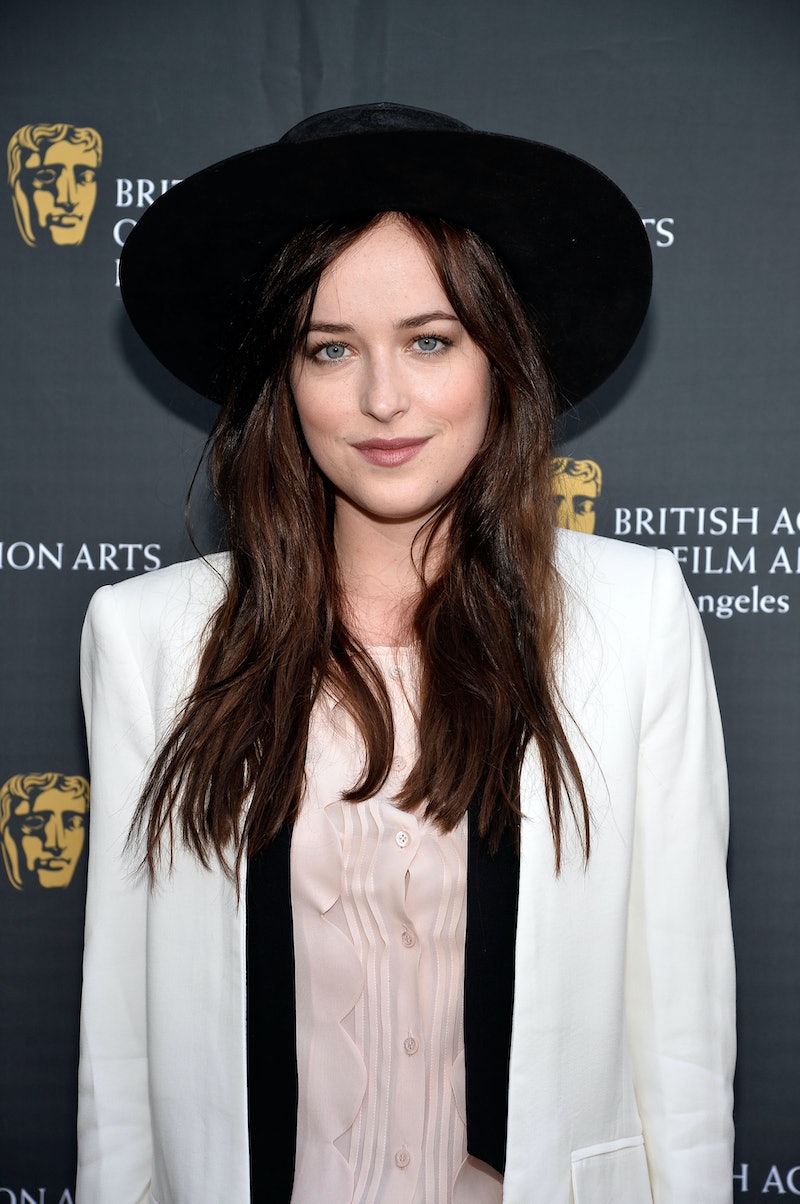 The movie Fifty Shades of Grey has drawn a lot of strong opinions for a film that hasn't even been released yet. One of these prevailing thoughts is that the movie could be anti-feminist. It's not hard to see why someone might think that at first glance. After all, this is a movie centered on naive heroine, Ana, who plays the submissive part in an S&M relationship with a more experienced man. But now, the actress who plays that role, Dakota Johnson, has responded to the antifeminist claims in an interview with Glamour.

I completely disagree with people who think Ana's weak. I think she’s actually stronger than he is. Everything she does is her choice. And if I can be an advocate for women to do what they want with their bodies and not be ashamed of what they want, then I'm all for that.

Johnson did her research on BDSM, and said that she found it to be more about the ebb and flow between two people, and about giving up control for a brief period of time. Experts say that in a true dominant and submissive relationship, the idea that the submissive partner is being abused or hurt by the act is a myth. According to an S&M article in Psychology Today, the submissive has the power to stop a "scene" by using a code word. It's also important to remember that Fifty Shades is a collection of imagined scenarios and not real life. So regardless of whether or not one finds the Fifty Shades material sexy or cringe-worthy (both are completely valid ways to feel about it), they do have to admit that Johnson has a point about a woman's choice.

After all, it's no secret that some women are interested in being a submissive partner. Studies show that up to 60 percent of women have fantasies about being dominated. The fact alone that the character Ana has a newfound interest in that form of sexual act doesn't make her any less feminist than the other 40 percent of women who don't care for it. Also, the character does sign a contract to be part of that type of relationship down to the specifics of the activities involved, so Johnson is not wrong about the activities being Ana's choice.

So again, whether you personally think the material is worth reading or viewing or not, it's good to keep in mind that feminism celebrates personal choice. And it's good that Johnson thinks that's worth celebrating, too.