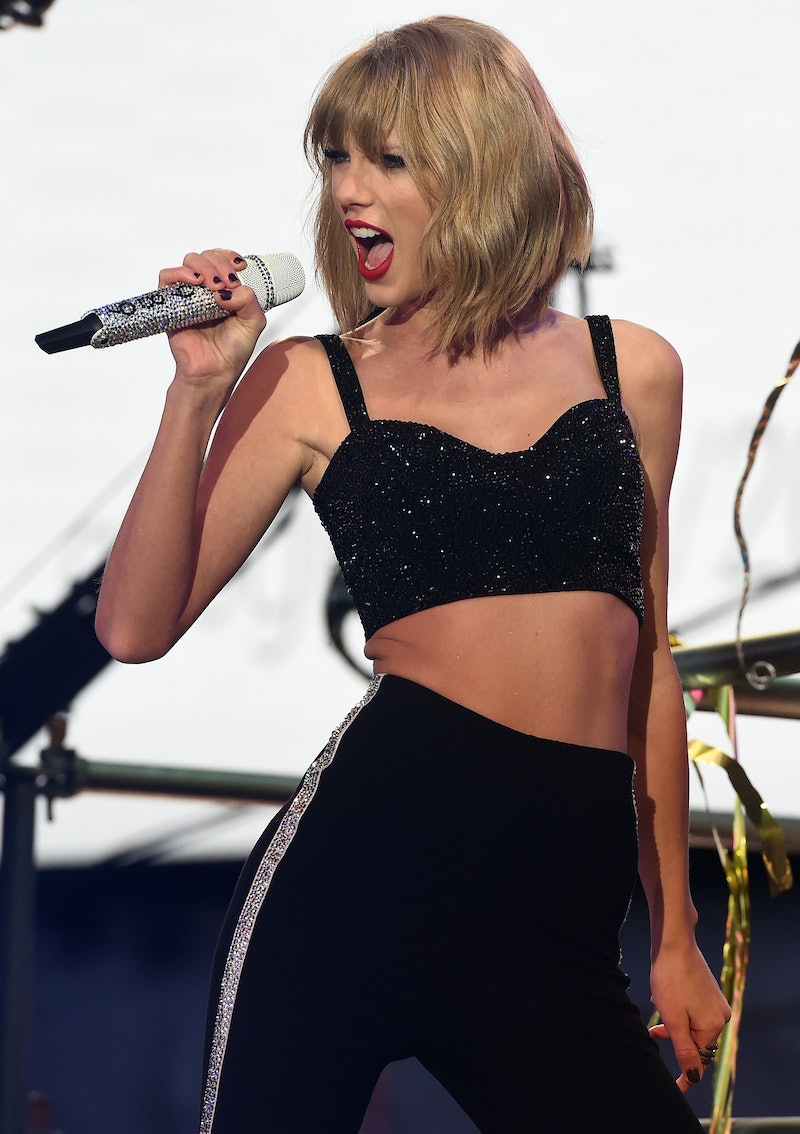 No matter how much you may love Taylor Swift, "Blank Space" can get pretty annoying after the 50th repetition when the song is stuck in your head. Even the most die-hard of Tay Tay fans can only handle the endless loop for so long — intellectually you realize you don't even know the right lyrics, but for some reason your brain has decided that "something something Starbucks lovers" is definitely how the chorus goes. This phenomenon is so widespread that up to 90 percent of people surveyed in 2014 reported having "involuntary music imagery" at least once a week. The more common term is earworm, although that brings up some seriously horrifying mental imagery I never wanted to know my brain could come up with.So how do you get an earworm in the first place? Common wisdom says that the catchier a song is, the more likely you are to still be humming it three days later. Researchers, on the other hand, aren't so sure. One 2001 study suggested that repetition and "musical simplicity" are the key ingredients for a song getting stuck in your head, Mashable reports. Another showed that "tunes with notes that last longer but are closer together in pitch" are more likely to stick around, citing ABBA's "Waterloo" as an example.

In fact, according to the Scientific American, anything from memories associated with a song to simple boredom can trigger an endless loop in your head. Basically, when it comes to avoiding an earworm, you're screwed. But that's where the scientific community comes in handy! There are three ways to get rid of a song once it's in your head, Mashable reports, and they're actually pretty easy.The first is to find something to do that requires so much concentration you'll forget about the song entirely. The Vinyl Factory gives TV, conversations, and even praying as examples of activities that should distract you enough to get rid of the earworm. If that doesn't work, it's time to go all out, a.k.a. the "saturate and seek closure" way of doing things. Like your niece who's still obsessed with “Let It Go," listen to the song at full volume, all the way through, preferably while singing along. Be as loud and obnoxious as you want, and if your neighbors complain, feel free to scream back that you're trying to fight off the worm in your head. I guarantee that'll scare them away until the earworm is gone, and possibly longer. The idea is that by overloading your brain with the whole version of the song, you'll stop going over parts of it in your head.

If you still have the song in your head, sorry for ruining your relationship with your neighbors! Also, it's time to find a "cure" song. This song is ideally one that's close enough to your beloved earworm that the new one will get rid of it, but not so catchy that it'll end up in your head too. According to the Vinyl Factory, Culture Club's "Karma Chameleon" is a popular cure song. No study mentioned what to do if the two competing songs in your head end up combining to make a Frankenstein-like earworm mashup, but if that does happen, good luck!

Now I'm off to ruin my relationship with my neighbors by singing along to "Blank Space" as loudly as possible, because if you don't have that song stuck in your head by now, you're a stronger person than me. Image: Giphy