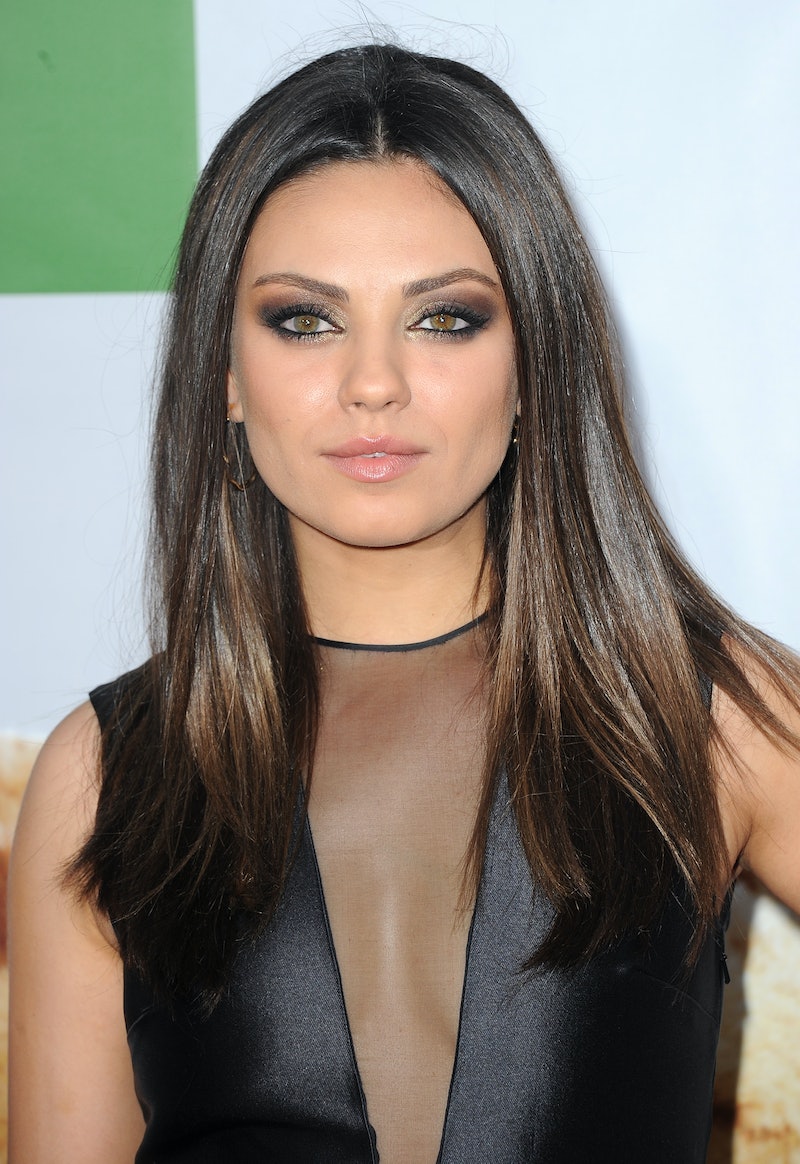 The Frozen wedding dress is cool and all, but there's another dress that is leaps and bounds ahead of it — futuristically speaking, that is. Stills of Mila Kunis's Jupiter Ascending wedding dress have been released, and though we have no idea what her real life wedding dress will look like, if I were her, I'd be all over this one.

The elaborate and form-fitting wedding dress, designed by costume designer Kym Barret, is nude with crystal embellishments, swirled embroidery, and scarlet floral appliqués down the bodice and around the hemline of the train — which will look all the more ethereal when Kunis floats down the aisle via hovercraft. Futuristic fashion at its finest.

Though the spectacular gown is nothing short of breathtaking, the standout piece is the exquisite headdress (because veils are so 2015). Kunis stuns in a large silver and crystal crown with matching scarlet poppies intricately placed throughout. She even has a ruby crystal resting delicately on her bottom lip, accenting her red stain. It's haute couture meets wedding, and hopefully some designers will take inspiration from this, because if this is the future of bridal fashion, it's about to get elevated into a whole new world of exciting.