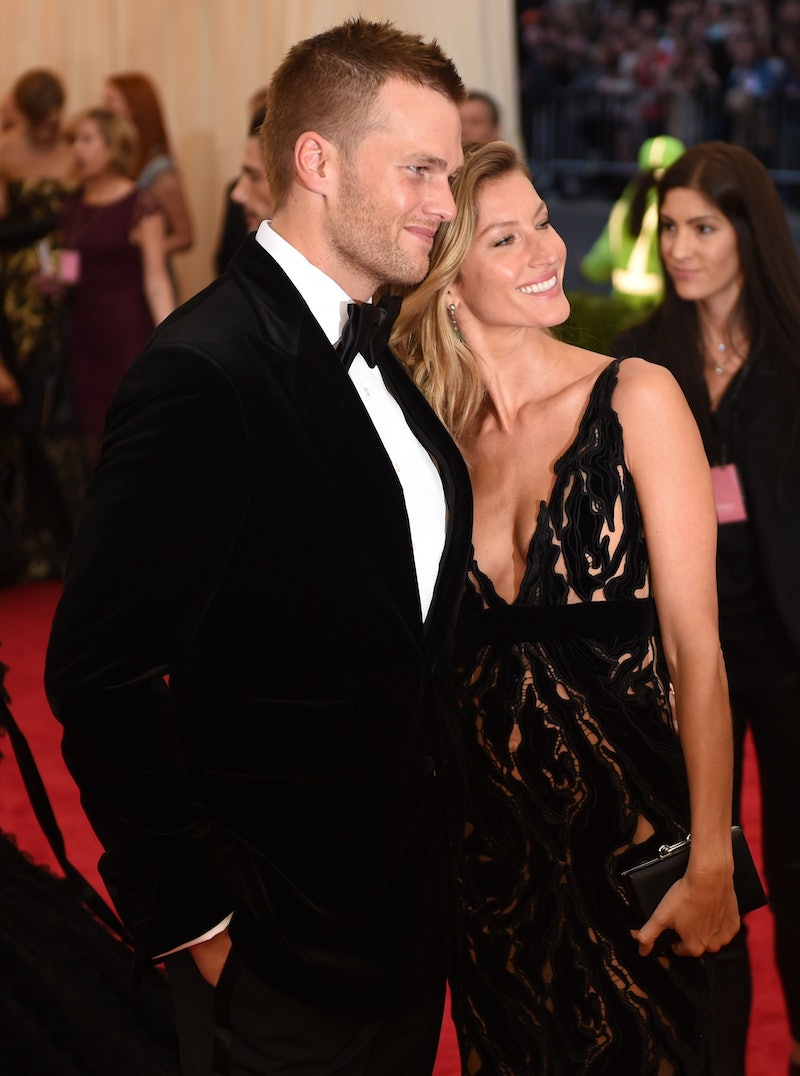 Gisele Bündchen may have a mega supermodel career of her own (with her Victoria’s Secret history and many other contracts, she earns a reported $128,000 a day), but she’s super supportive of her husband, certified pretty boy and New England Patriots quarterback Tom Brady. Yet, when the 2015 rolled around, all anyone could ask is where is Gisele Bündchen during the Super Bowl?

She is a staple at pretty much all of Brady’s football games, tweeting and instagramming pics of her and their gorgeous children cheering on their daddy. Though they come from a place of love and support, Bündchen’s reactions to her husband’s playing all haven’t been so kosher. When the Patriots’ Super Bowl dreams were dashed with a loss in 2012, Bündchen lost it on the reporters who dared talk to her after the game: “You need to catch the ball when you’re supposed to catch the ball,” she said. “My husband cannot f–king throw the ball and catch the ball at the same time. I can’t believe they dropped the ball so many times.” Not one of her finest moments, to say the least.

Now that Brady has won his fourth Super Bowl with the Patriots, Bündchen surely had something to say, right? Right. Many on Twitter mentioned not even seeing Bündchen at the game — Brady himself had said that she and their children were sick during the week — but an Instagram pic of her wearing a Patriots jersey and one of their children at the game seemed to dispel those rumors.

When the Patriots won, Gisele shared the love on IG. See below.