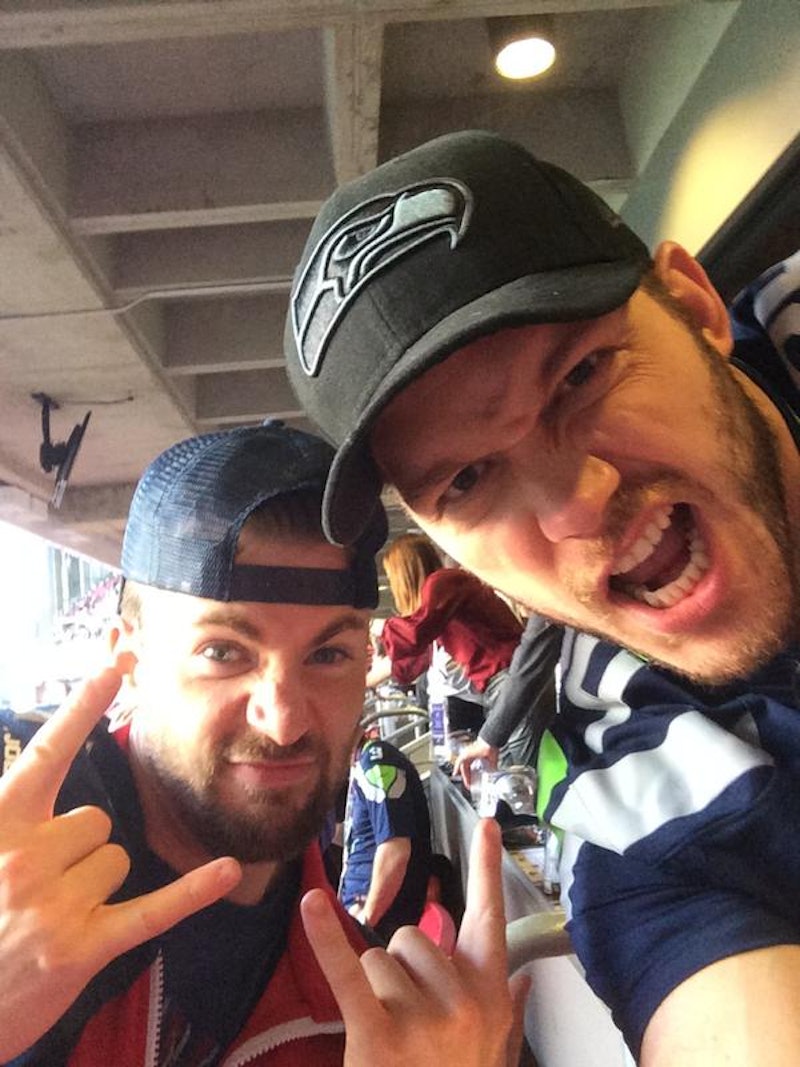 As you may have heard, the Super Bowl is kind of a big deal. I don't know, man. Something about football and a bowl and, like, Missy Elliot and Adele Dazeem were there? I don't know. Anyway, you know the Super Bowl is important when even superheroes are placing bets on the outcome. Chris Evans and Chris Pratt had a Super Bowl bet going that whoever had the losing team had to go and visit Seattle Children's Hospital or Christopher's Haven in full costume as Captain America or Star-Lord respectively — and, as we all now know, The New England Patriots, supported by Chris Evans, won the night. But you know who really won? All the children ever.

Sure, Seattle Children's Hospital was already winning just from the promotion Pratt gave them by mentioning them in a tweet and making them the subject of the bet. (If you're looking for a Marvel family actor to be your imaginary husband, guys, Pratt is quickly rising as everyone's top choice.) And the nonprofit Christopher's Haven was right up there thanks to Evans' own promotion. However, apparently, Evans and Pratt decided to settle the bet with both of them going to visit both hospitals in full superhero costume to make some of those children's dreams come true. I'm already tearing up just thinking about it.

Sure, one team may have lost the Super Bowl, but, when it comes to this bet, there were no losers. There were only soon-to-be-happy children and incredibly ecstatic fans who loved getting the reminder that their adoration and admiration are going to two gentleman who completely and utterly deserve it. I mean, I'm already excited about this just from the pictures I hope hit the Internet of Captain America and Star-Lord with children(!!), but it's also satisfying to know that the bet wasn't just for show. And that no one hospital or group of children lost out to the other thanks to a football game.

So, yeah, whatever, Super Bowl Sunday was blah blah blah football blah blah blah Katy Perry blah blah blah The More You Know. But it was also a pretense for Evans and Pratt to give back to their community and make a sick child's day better. So, in that sense, whether you like football or are a fan of Perry or not, the 2015 Super Bowl was still an important moment in TV history.