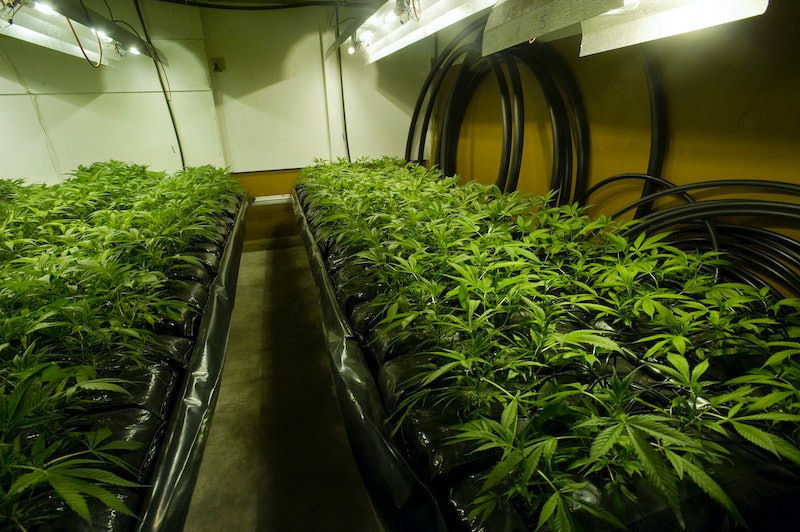 It's looking increasingly clear that the United States has a big new market on the horizon, whenever the politics of the day catch up — I'm talking about the recreational marijuana industry. (I tried to think of an appropriately pot-related pun to throw in here, but no such luck.) With weed now legal by popular vote in Washington, Colorado and Oregon, it's no surprise that people want to get in on the ground floor. But if you want to turn a profit off the weed business in one of those states, it's worth treading lightly — as with so many fledgling industries, there are bound to be some pitfalls and risks involved.

It's definitely not impossible, though. In cities like Seattle and Denver, there are already companies that have done a great job peddling their haze-inducing wares to the public, in spite of limited licensing and new regulatory systems. And while Oregon's legal weed isn't humming along just yet — the state government is going to take a while to work out the regulatory structure — there are more way to get involved than simply by trying to open a business, or throwing your cash into marijuana-related stocks.

As with anything that's new, slightly unknown, and in political terms still slightly taboo, you can help you own cause through activism, too. Here are some ways to get yourself started in the world of marijuana, both directly and indirectly.

Start Up A Business (In A Place It's Allowed)

So, you want to be like former Alaskan reporter Charlo Greene, who famously said "f**k it, I quit," and segued into her marijuana business full-time? It's an intimidating process, no doubt, and not without some risks — especially after Attorney General nominee Loretta Lynch talked tough against marijuana legalization in her Senate confirmation hearing recently. Starting a business selling something that's still against federal law is, to put it lightly, a bold move. Aren't the Republicans always talking about the bravery of small business owners, and the climate of uncertainty? That certainly applies here.

But it is possible, because people have been doing it. At present, the only places in the United States which boast full legalization are Colorado, Washington, Oregon, Alaska, and (ostensibly) the District of Columbia. Unfortunately, thanks to Washington D.C. not actually being a state and lacking many rights, it's very much under the thumb of Congress on this one — despite voters approving legalization, and the D.C. Council moving forward, the GOP-controlled Congress may try to block it.

As of this point, if you're looking to break into one of these states, Colorado might be your best bet, since they've already got a decent track record of handling legalized marijuana, and just about anybody can apply for a license. Washington's also been doing it for a while, but a limited number of shops (thanks to limited licensing) as well as people's continued preference for "black market" marijuana has actually given growers some difficulty in moving their product, a situation that'll likely be much-discussed going forward.

Invest In A Marijuana Business

This one, obviously, is fraught with risk, so it needs some qualifications. The fact of the matter is, many reputably financial outlets have warned about investing in marijuana right now, owing to the heightened risk coming with the cheap, over-the-counter stocks you'd be getting involved in. Basically, when a company's stocks aren't being sold through an exchange (which no marijuana company is yet), they have to be sold straight from a dealer. it's a process that lends itself to a lot more volatility, and its disliked by many financial analysts for just this reason, despite the stocks trading at dirt cheap prices in relative terms.

That said, many of these marijuana stocks have been fairly popular lately, no doubt fueled by the perception that American politics is moving towards legalization, not away from it. There's no telling if this is a safe analysis just yet, as a possible Republican congress and administration after 2016 could change the playing field in a hurry. But if you're eager to dip your toes in the waters of marijuana stocks, there are definitely some options you can try. (I'm not a financial expert, so I'm not going to advocate for any of them in particular, but rest assured, there are lots of resources available on this topic.)

This one's the indirect route, a long-game for those of you who just aren't yet prepared to dive into something as unknowable as the future of marijuana in America. Basically, if the marijuana industry is ever really going to fulfill its true potential in the United States, it's unavoidable that a whole lot of laws have to change. First and foremost, the federal ban on marijuana (which treats it as a drug akin to cocaine and heroin), but also the countless state, county and local ordinances that impose restrictions marijuana businesses.

Obviously not all regulation is onerous, much less of companies selling recreational drugs. The history of political influence and wrongdoing by the alcohol and tobacco industries speaks to this pretty clearly. It's one of the outcomes some pro-marijuana advocates have quietly feared — a big tobacco-style corporate stronghold on getting stoned.

But in order to get to a better place on marijuana (even setting aside economics, a better place would be one where nobody gets arrested or sent to jail over it), people need to get more comfortable with the idea of legal weed as the status quo, or at the very least a sensible, non-radical position. Recently opinion polling by Gallup suggests that the time is right for left-wing politicians to be making that very argument — a narrow majority of Americans now support full legalization. So if you're not looking to put your money in marijuana yet, but you want to someday, know that your role is nonetheless important. It's time to make your voice heard.