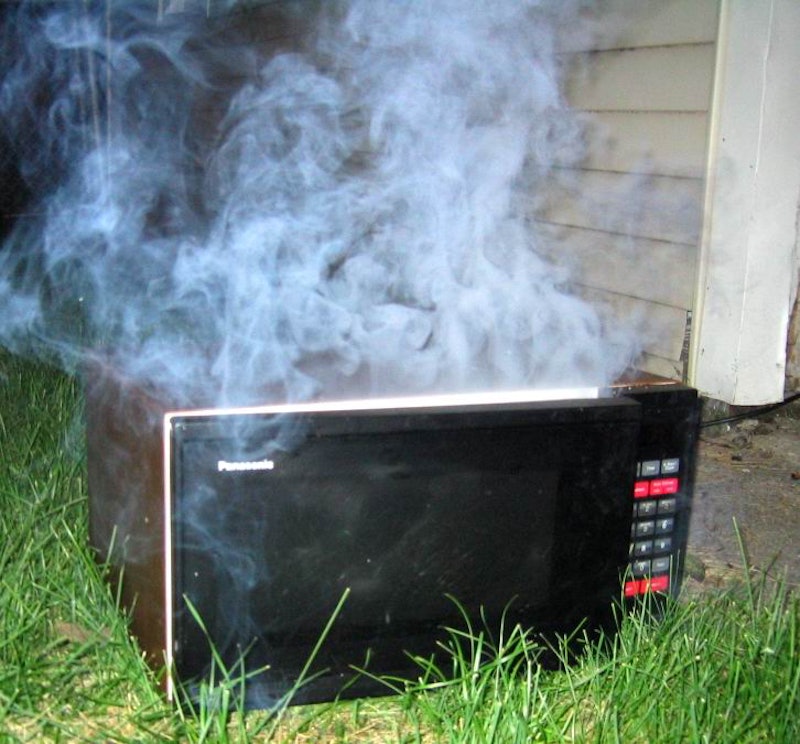 We've all had those moments when realize something we thought was common knowledge kind of, um... isn't. And I mean, really, really isn't — like those times you see people trying to microwave something wrapped in aluminum foil. I don't know whether home ec is still a thing, but if it is, we definitely need to make sure that “metal and other things one should not put in a microwave” is on the syllabus. Right next to "how not to burn the house down" and "fire extinguisher maintenance."

Which brings us to the topic of our AskReddit thread du jour, appropriately titled, “What did you think was common knowledge but apparently isn't?” To be fair, not all of them are instances of large groups of people not being aware of specific facts; as is the case with most AskReddit threads, a lot of the anecdotes involve a Redditor discovering that one single person didn't know that, say, the sun was a star or whatever. Furthermore, the items Reddit thinks should fall under the “common knowledge” umbrella range dramatically in type: Some of them are interesting trivia; others are incredibly useful information; and still others are complete and total facepalm moments. Either way, though, knowing them will enrich your life one way or another. Ignorance may be bliss, but knowledge is definitely power.

Check out my favorites below, and head on over to AskReddit to read the whole thread.

OH MY GOD YES. Seriously, people. Everyone else is probably in a hurry, too, so cool jets and we'll all get where we're going with the minimum amount of fuss and bother.

Granted, the flu vaccine doesn't really seem to be preventing influenza this year, either, so I guess we're all just doubly screwed, aren't we?

4. What Water Towers Are For

This one was news to me, mostly because I just haven't bothered to think about the subject for a while. Although, as another Redditor pointed out:

So at least there's that.

5. What “Freedom of Speech” Actually Means

This is a lesson I think we all need to learn.

Or perhaps more accurately, how “sobering up” does and doesn't work.

7. How the Electoral College Works

By which I mean, the etiquette used as a pedestrian when walking by another pedestrian. I always think it's a good idea to follow the rules of the road, even when you're not in a car. I also have a theory that the way people behave in pedestrian traffic is directly related to the way they behave behind the wheel of a car and vice versa.

Nothing will cost you a job faster than knowing jack about the company to which you applied. Except maybe saying one of these things.

10. How Often STD Tests Are Done

Definitely pay attention to this one. Ask to get tested, get tested early, and get tested often. Seriously. Your health is so, so worth it.

11. That Tax Payment Plans Are a Thing

Freelancers, take note. Taxmankeith's entire post is a lengthy one, so what you see here is just an excerpt; click through to read the whole thing.

This one was new to me; it also spurred on a whole conversation, all of which of incredibly interesting. Check it out here — if you're a trivia enthusiast like myself (or if you just want never to be lost again), it's worth a read.

13. What Can and Can't Go in the Microwave

Here, I made you a meme:

Because if you do put metal in your microwave, you're going to make it do this:

DO NOT PUT METAL IN THE MICROWAVE.

Aaaaaaaand I'm out. Peace, y'all.