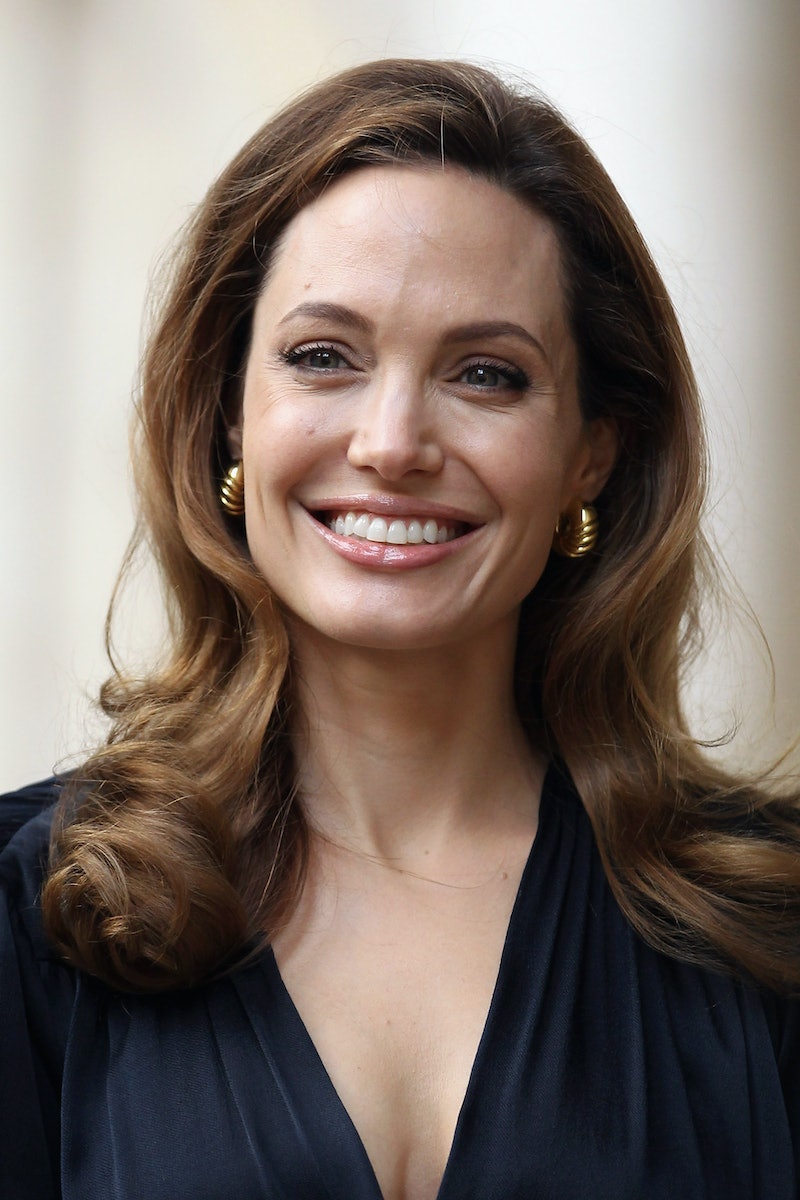 Step aside Oprah and the Queen of England, because Angelina Jolie is the most admired woman in the world. According to a poll conducted by YouGov, Jolie topped the list of 25,000 people in 23 countries. Many familiar names popped up on the list, and under Jolie, such as Malala Yousafzai, Hillary Clinton, The Queen, Michelle Obama, Celine Dion, Oprah Winfrey, Julia Roberts, Aung San Suu Kyi, and Angela Merkel. As for the men, Bill Gates scored the number one spot beating President Obama, George Clooney, Pope Francis, and somewhat surprising fourth place winner, Jackie Chan.

Jolie beat many influential people, but it makes sense why the actress would be honored across the world. In addition to her acting and directing talents, Jolie has contributed globally. From helping refugees to being dubbed a Goodwill Ambassador and a Special Envoy of High Commissioner Guterres, Jolie's philanthropic efforts go on and on. And they keep growing, because she can't help but lend a helping hand.

If that isn't enough, the Unbroken director is also admired for supporting women, which she's done strongly through her successes and brave decision to go through with a mastectomy. With that said, here are four quotes showing why, among the many things she admired for, she's looked up to as a feminist.

"For any woman reading this, I hope it helps you to know you have options. I want to encourage every woman, especially if you have a family history of breast or ovarian cancer, to seek out the information and medical experts who can help you through this aspect of your life, and to make your own informed choices."

Jolie beautifully wrote about women and cancer in a piece titled "My Medical Choice," which was published in The New York Times.

"On a personal note, I do not feel any less of a woman. I feel empowered that I made a strong choice that in no way diminishes my femininity."

Jolie also wrote this in her NYT op-ed, which no doubt gave women strength to battle cancer or take control of their health, and not let anyone make them feel like less of a woman.

"It is a myth that rape is an inevitable part of conflict... There is nothing inevitable about it. It is a weapon of war aimed at civilians. It has nothing to do with sex — everything to do with power. It is done to torture and humiliate innocent people and often very young children.”

If you haven't watched this video of Jolie powerfully speaking about rape, then please take time out of your day to do so.

Once again, Jolie shows that women of all ages don't have to follow in society's footsteps and can strive to be whoever and whatever they want.

No wonder she is admired all over the world.