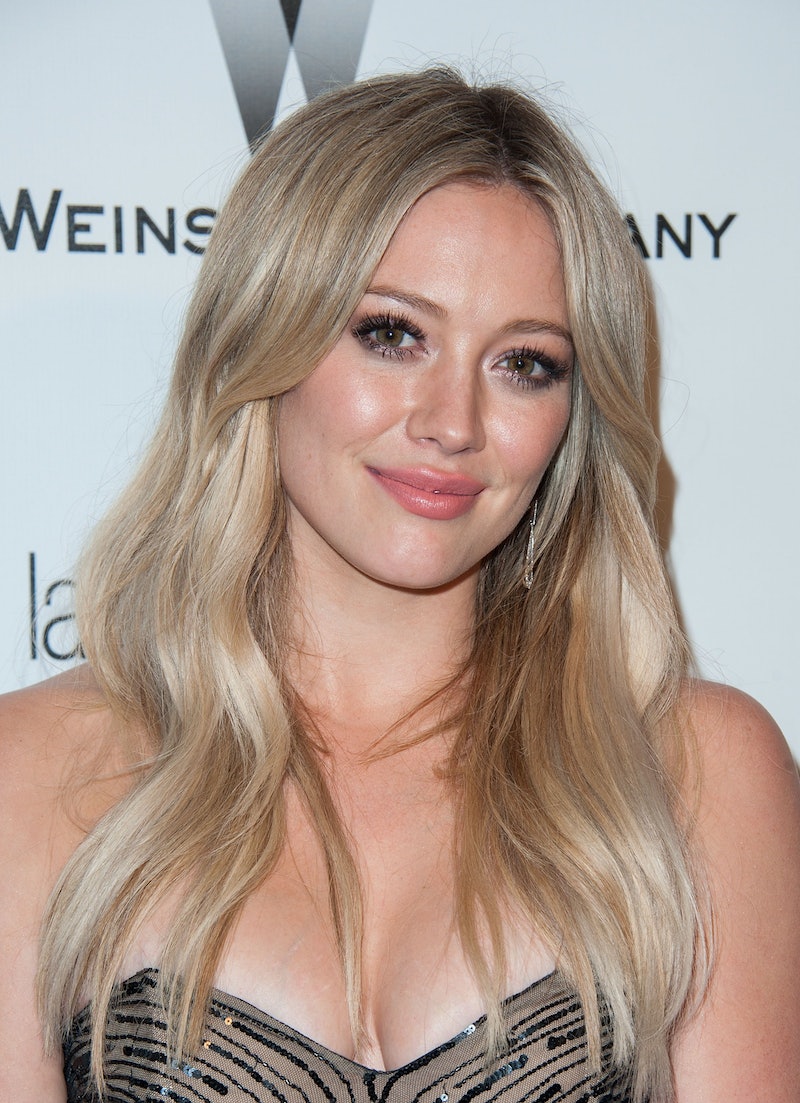 The Duffster is finally talking about what's going on with her music career! On Monday, Hilary Duff revealed that she's working on new music with Tove Lo in Sweden, and I'm so happy, I could cry. Frustratingly, the status of the 27-year-old's grand return to the music scene was unknown for quite a while. Shortly after the release of her criminally underrated single, "All About You," in August 2014, Duff tweeted that her new album (her first in over seven years) had been delayed, and that we'd have to wait "a few more months" for it to arrive. That was the last thing we heard about the project until January, when she said in an interview that filming the television show Younger had forced her to "take a step back from music." Now, however, she's ready to focus on recording once again. What good news.

If you're not already familiar with Lo, she's an up-and-coming singer who has been making a name for herself in the United States lately with infectious top 40 hits like "Talking Body" and "Habits (Stay High)." She has one of the most unique and exciting writing styles in pop music today, and I can't wait to hear what she and Duff come up with in the studio. Check out the two artists' Instagram posts below.

It's worth noting that Lo's strange "#wolfcousins" hashtag refers to a team of songwriters that was recently assembled by Swedish super-producers Max Martin and Shellback (Taylor Swift's 1989). So, it's entirely possible that one or both of those guys could be involved with Duff's new album, too (but I'm just speculating). I'm a HUGE fan of their work, so the thought alone is almost too much for me to bear!

Unfortunately, Duff hasn't made any sort of announcement regarding when we might actually get to listen to her new album, but the fact that she's back in the studio is definitely encouraging. (Well, it's progress, anyway.) Hopefully, she won't keep us waiting too much longer.

More like this
What Is Shakira’s Net Worth? These Figures Definitely Don’t Lie
By Maxine Harrison
Adele Says It Would Be “Wonderful” To Have Kids With Boyfriend Rich Paul
By Jake Viswanath
Rihanna Is America's Youngest Self-Made Woman Billionaire, According To 'Forbes'
By Hugh McIntyre
Britney Spears’ Honeymoon Plans Include Watching This Movie With Her Husband
By Grace Wehniainen
Get Even More From Bustle — Sign Up For The Newsletter