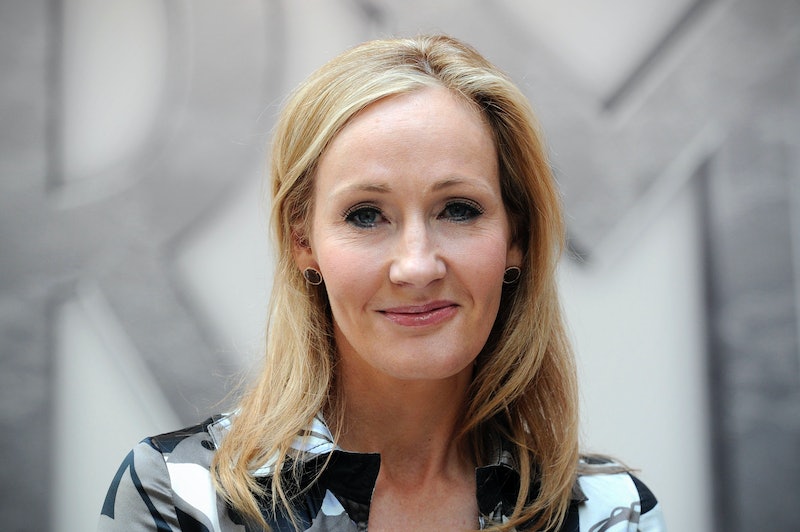 Don't expect too much (or any) magical whimsy in the television adaptation of J.K. Rowling's The Casual Vacancy. The BBC has just released a trailer for the mini series based on Rowling's 2012 novel and it looks as grim as Voldemort on a bad day. The drama goes inside the dark world of a small and charming on the outside down of Pagford. Amidst the children riding bicycles and new neighbors being welcomed in, we see there are more sinister things at work. Over the sounds of church bells and a choir a narrator tells us, "Everyone's got skeletons in their closets." It appears in Pagford, there are a lot more than meets the eye.

The trailer for The Casual Vacancy features Michael Gambon, who played Dumbledore in the Harry Potter films after the passing of Richard Harris. However, this time around Gambon is much more serious. In the trailer he says quite somberly, "We have a situation." Then there's a cut to a series of women crying, a funeral, heavy drinking, and to a horrifying case of domestic abuse. Apparently there's supposed to be a bit of comedy in The Casual Vacancy, but I've yet to find it.

Take a look at the next Rowling adaptation below: