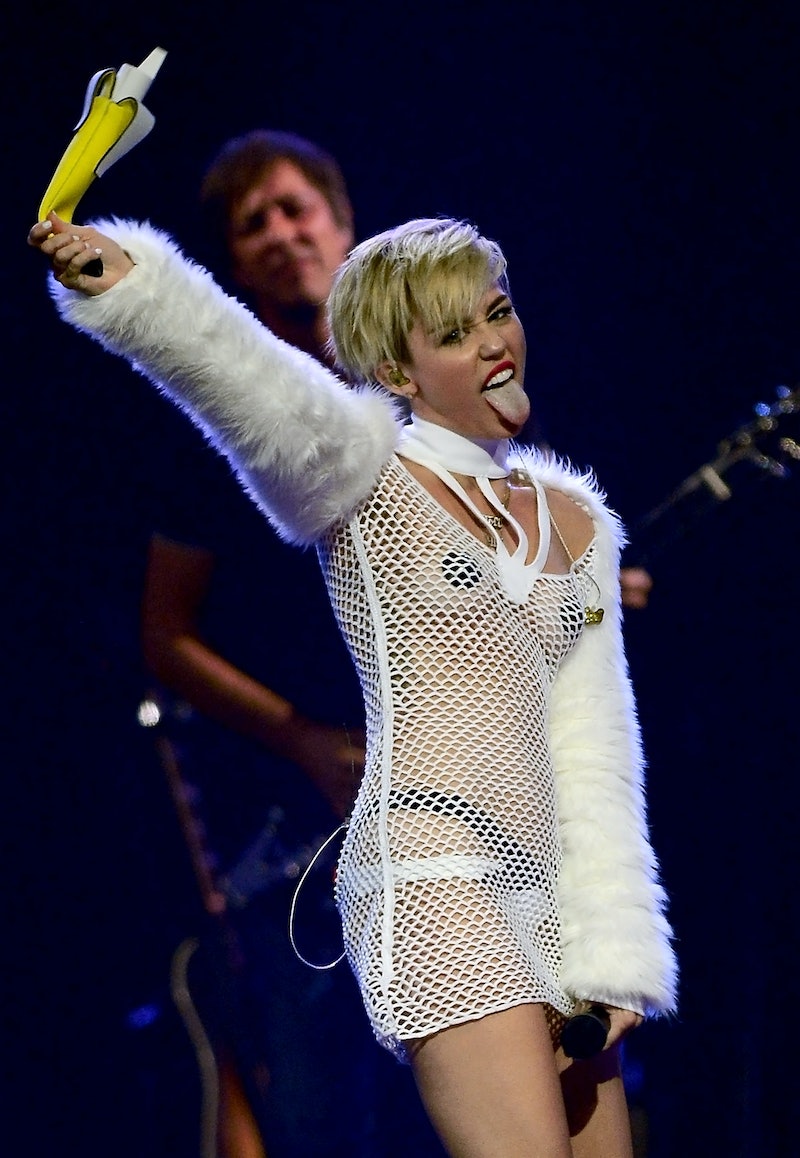 Let it be noted, that Miley Cyrus does not take well to being criticized. In fact, the "Wrecking Ball" singer doesn't just take it badly — kitty got claws and she scratches back! On Thursday, the pop star tweeted about Sinead O'Connor, presumably making an oblique reference to the open letter by the '90s hit-maker that has been circulating the Internet. And now, we might have a full-on Miley Cyrus-Sinead O'Connor Twitter feud to look forward to in the future, and I gotta hand it to her: Miley knows how to throw a punch. It didn't take long for Ms. Cyrus to gather up a choice selection of Sinead O'Connor's admittedly crazy-sounding tweets and post a picture of them with the caption, "Before Amanda Bynes, there was... " Ouch.

Now, personally I think Sinead O'Connor made some valid points in her letter to the young pop star, but I guess no one should be surprised by Cyrus' quick and scathing response. We get it, Miley — you're an adult now and no one can tell you how to behave, not even Sinead O'Connor. Especially not Sinead O'Connor?

Because I am an awful person I hope that this escalated into a full-blown, shit-throwing down-and-out Twitter feud, but I guess we'll just have to wait and see. In the meantime though, we can all quietly judge Miley for making an Amanda Bynes joke long after the public has deemed them inappropriate. It's the small things, right?

More like this
On TikTok, Miley Cyrus’ “Malibu” Is The Soundtrack Of Growth
By Courtney Young
Halsey Calls Out Label For Asking Them To "Fake A TikTok Moment" For New Song
By Jake Viswanath
Mick Jagger Calls Harry Styles A "Superficial Resemblance" To His Younger Self
By Jake Viswanath
Twitter Has Very Mixed Feelings About The New 'American Idol' Winner
By Jake Viswanath
Get Even More From Bustle — Sign Up For The Newsletter