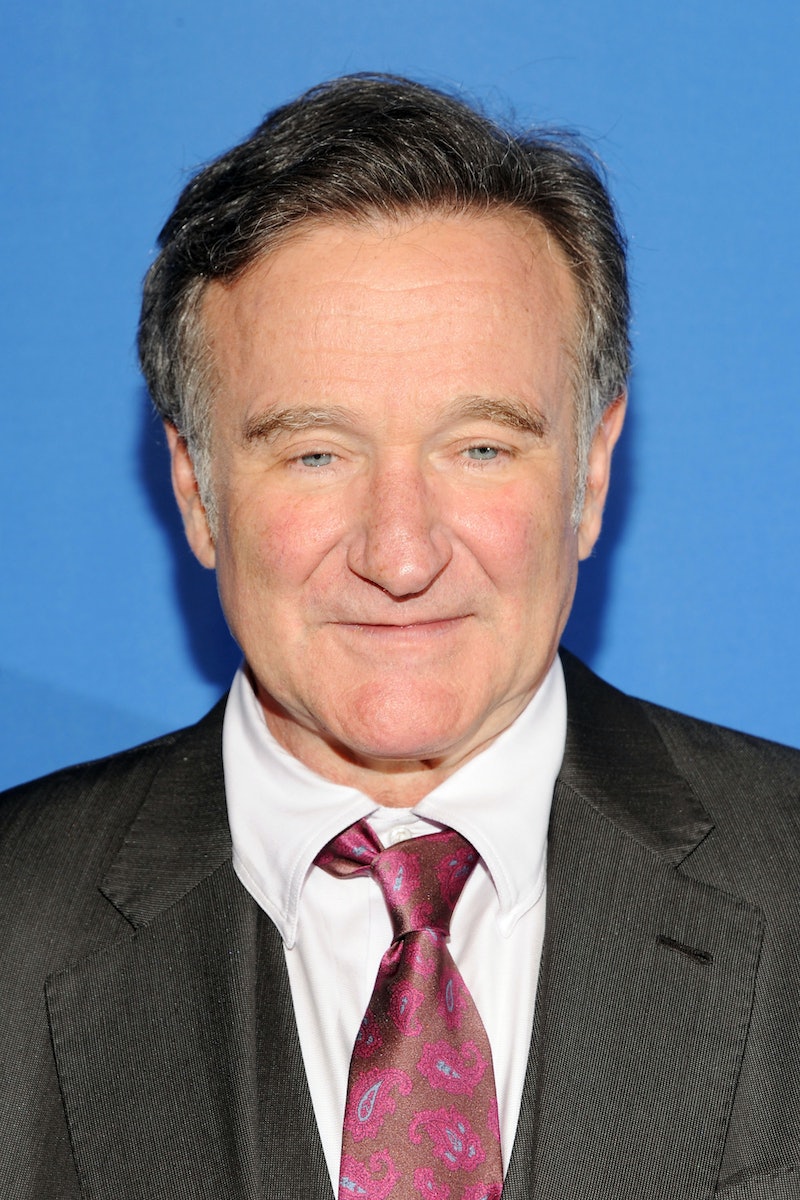 If you thought that the tragedy of losing an amazing acting and comedic talent like Robin Williams was going to be the worst part of the star's passing, then think again. When Williams died in the summer of 2014, fans, co-workers, friends, and family alike were all shocked at the sudden twist of events, especially when it was revealed that the comedian had died of suicide. It hasn't even been a full year yet since the star that was Williams went out, and already we've got more bad news. According to US Weekly, Williams' wife Susan Schneider and his children are fighting over his estate, and that's tragic for more reasons than one.

Schneider is asserting in a lawsuit that items have been stolen from Williams' home while Zak, Cody, and Zelda Williams claim that Schneider is attempting to revise the actor's will to "benefit her." Essentially, the family is mired in a he-said she-said battle over Williams' memorabilia, all of which were left to his children in the will. Even worse, TMZ reports that the children are claiming Schneider refused to let them in their father's house after his death, though Schneider countered that it was because she was "frightened" of the co-trustees invading her home to remove the items that were promised to the children in Williams' will.

According to Schneider's lawyer, who spoke to the New York Times on Monday, "Mr. Williams wanted his wife to be able to stay in her home and not be disrupted in her life with her children. Compared to what the Williams children were set to receive from their father, this is a bucket of water in a lake." In response, the children asserted, "These collections were carefully amassed by Mr. Williams over his lifetime and were precious to him. As the Williams children grew, so did their father’s collections and they shared in their father’s excitement as additions were made to his collection."

It's so disappointing to hear that such a fragile family, who is already dealing with so much in the wake of losing a husband and father, are now going to war in a legal case over something as irrelevant (though emotionally meaningful) as his memorabilia. After all, Williams' will made sure to provide equally for both his children and his wife, so trying to claim a larger piece of the pie just seems like the wrong way in which to deal with the grief of the loss.

Naturally, no two people are going to react to tragedy in the exact same way, but what the Williams family needed in the wake of the actor's passing was to stand together and support one another, not become embroiled in a lawsuit half a year later. Hopefully, this conflict resolves itself in a way that is satisfactory to both parties, allowing them to put it behind them and move forward.

More like this
Rihanna Is America's Youngest Self-Made Woman Billionaire, According To 'Forbes'
By Hugh McIntyre
What Is Miles Teller's Net Worth? How The 'Top Gun: Maverick' Star Made His Millions
By Meg Walters
Adele Says It Would Be “Wonderful” To Have Kids With Boyfriend Rich Paul
By Jake Viswanath
'Stranger Things' Star Sadie Sink's Love Life IRL Is Nothing Like Max's
By Alyssa Lapid
Get Even More From Bustle — Sign Up For The Newsletter