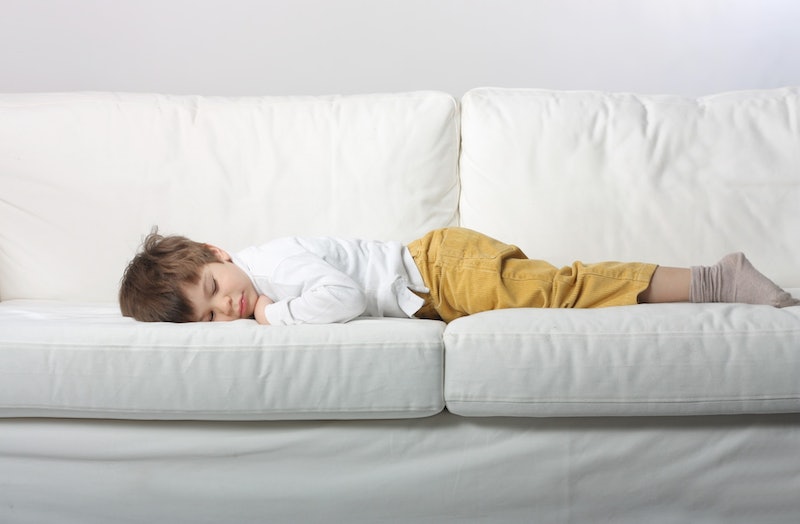 It seems like we hear something different each week about how much sleep we should or shouldn't be getting: Too much is bad for you; too little is bad for you; our society doesn't allow us to sleep the way nature intended us to sleep; and so on and so forth. But although there's still no “magic sleep number,” at least there's this: On Monday, the National Sleep Foundation released new guidelines for how much sleep we need, divided by age group. It may not be the definitive answer to the question, “How much sleep do I need?”… but it's probably about as close as we're going to get.

The NSF has had a set of guidelines up on its website for a while now — but although they were popular and frequently cited, no one outside of the NSF really knew how they had been decided upon in the first place. Said National Sleep Foundation Scientific Advisory Council chair Max Hirshkowitz, Ph.D. to the Huffington Post, “Sleep duration was basically one of the most visited pages on the NSF website, and it wasn't really clear how those recommendations for the ranges had been arrived at.” So, they decided to do something about it: They gathered a panel of six sleep experts and 12 other medical experts from such organizations as the American Academy of Pediatrics and the Society for Research in Human Development and had them conduct a formal literature review. The panel reviewed 312 articles published in peer-reviewed journals between 2004 and 2014, sifting through all that data and information to arrive at a set of revised recommendations.

Wake up, duck. We've got things to talk about. Ready for those recommendations? They are:

Of course, it's worth remembering that these guidelines are just that — suggestions based on what we know about the human body, not absolute law. The NSF website is careful to note that there's no single “one size fits all” number for how much sleep we need, even when you divide it up by age group. A lot depends on the individual, as well: “Just like any other characteristics you are born with, the amount of sleep you need to function best may be different for you than for someone who is of the same age and gender,” the NSF site reads. “While you may be at your absolute best sleeping seven hours a night, someone else may clearly need nine hours to have a happy, productive life.” Indeed, a study highlighted by the New Yorker in August of 2014 posited that a whopping 80 percent of variation on how much sleep people need can be chalked up to genetics.

But then again, it's also likely that a lot of us aren't getting enough sleep, anyway. The CDC reported over the summer (in a feature titled “Insufficient Sleep Is a Public Health Epidemic,” no less) that nearly 30 percent of adults report an average of less than six hours of sleep a night — at least an hour below the minimum amount suggested by the NSF guidelines. Furthermore, only 31 percent of high school students — those who mostly fall under the NSF's “teenager” category — get at least eight hour of sleep on school nights.

If you're having trouble sleeping, there are a lot of tips and tricks you can employ to try to improve the quality of your rest (like going to bed early); if it's really a problem, though, you might want to consider visiting a sleep specialist. They'll observe how you sleep and help you figure out exactly what's going on — and how to fix it.