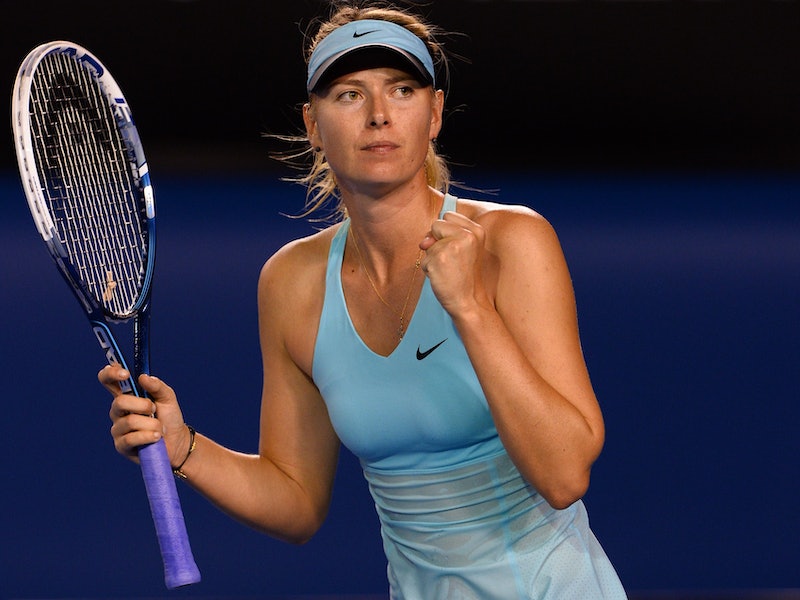 During last year’s New York Fashion Week, boutique sports apparel brand Oiselle put real-life runners on its catwalk, rather than models. It was a move that garnered a lot of attention, including an article in The New York Times , which pointed out how Oiselle competitor Under Armour had enlisted Victoria Secret angel Gisele Bundchen to model activewear this same month. In the fitness-fashion industry, the latter strategy is the norm.

And yet, why wouldn’t real athletes be modeling workout wear? There’s the obvious check in the pro column: These are bodies that actually use the gear IRL. But there’s another reason, too: The intersection between sport and fashion is a given. Both are kickass expressions of self — reminders that the body is a temple or, at the very least, a vehicle worthy of respect.

In another NYT piece from last year, author Vanessa Friedman argued that, as a society, “as much as we want our athletes to look polished, we also want to cling to the illusion that their focus is on the functionality of their body, not its use as a potential brand.” Which is, perhaps, why we don’t always hear about all of the professional athletes who moonlight as fashion designers, or at least collaborate with already established labels on lines of their own.

But off of the courts and playing fields, it happens all of the time. Some of the most inspirational women in sport are spending their free time meditating not just on time trials and rankings, but on seams and pleats. Below are a few of the ladies taking ownership of the inevitable fitness/fashion crossing and, IMO, giving us all something new to cheer for.

She is a pro now, but Beth Newell never rode a bike as a kid. In fact, it wasn’t until after college that a broken-down car left her with no choice but to peddle. Now, she’s a member of the U.S. National Cycling Team and a 2016 Olympic hopeful. In the meantime, she’s busy modeling for Keirin Cut Jeans, the clothing line she helped launch. The goal? To make pants for athletes and, specifically, their “extraordinary quadriceps.” A New York Times article described the fit as an updside-down flare. I describe it as a celebration of the thigh, in all of its muscular glory — no gap-speak welcome. Sales begin later this year on keirincutjeans.com.

THE LADIES OF THE COURT

Swiss tennis player Martina Hingis may have spent 209 weeks at number one in her sport, but she did it in clothes that weren’t always, in her mind, conducive to winning titles. So, in 2012, she decided to design her own tennis attire in partnership with Canada-based company Tonic. “I think our line is classic, but still has a touch of feminism and being different to it,” she told Athlete’s Quarterly. Other fashion icons from the tennis set (ding!) include sisters Serena and Venus Williams: The former has an everyday apparel line called “Signature Statement” sold exclusively through The Home Shopping Network, and the latter owns EleVen, which sells activewear complete with fun florals and animal prints. Finally, there’s Olympic medalist Maria Sharapova, who collaborates with Nike on tennis threads as well as shoes and purses for respected label Cole Haan.

Because of the way she’s capitalized on her sexuality, surfer Alana Blanchard has raised the hackles of feminists who follow the professional tour. True, the athlete often opts for itty-bitty thongs in the water (and on Instagram) instead of the board shorts her female predecessors wore as a statement on gender equality in their sport. But her bikinis are an expression of who she is, Alana says, and you can’t fault a girl for being herself. No matter what side of the debate you align with, you can’t question the splash (har, har) of Alana’s brand. Last year, this brand garnered new converts thanks to a bathing suit line designed in partnership between Alana and mega surfwear company Rip Curl. “I don’t even know fashion,” she says in a promotional video. “I just know bikinis.”

Alpine racer and member of the U.S. Ski Team Lindsey Vonn had to sit out on her last Olympics due to an injury, but while the events of Sochi aired, she put her energy into another pursuit. During last year’s New York Fashion Week, Vonn walked the runway in a red dress that the athlete helped Cythia Rowley design. It was a look so perfect, even her crutches couldn’t take away the glory.

This 6’1” powerhouse of a golfer Michelle Wie may focus all of her professional effort on the links — she won her first major last year at the U.S. Women’s Open — but she does sometimes design her own clothing as a hobby, which you sometimes get to see on her blog: The Black Flamingo.

She may a professional middle-distance runner — the 800 meter is her event of choice — but Maggie Vessey is just as well known for her (literal and figurative) on-track fashion as she is for her speed. When she lost a sponsorship with New Balance early last year, she wallowed for a bit before realizing she’d rather take charge of her free-agent status. So she partnered with LA-based designer Merlin Castell (of Bravo’s The Fashion Show fame) to create her running attire — sometimes bedazzled, sometimes patterned, always bold. In the process, she rebranded herself as someone with a lot more to offer than finish times. In an interview with Runner’s World, Vessey said: "I do want to draw attention to the sport and maybe get people who aren’t necessarily interested in track and field a reason to be interested. But it is a very authentic expression of who I am…” Take that, sponsors!