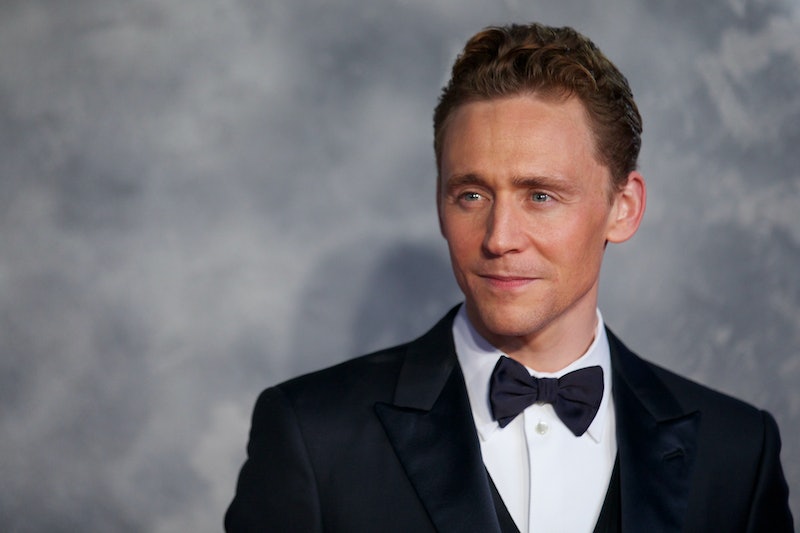 It's been a dark few months for Tom Hiddleston fans on Twitter: Sadly, the actor hasn't tweeted anything since October 21. Since he doesn't even have an Instagram, Twitter is the only source of direct communication the actor has with his fans, and I for one miss his tweets dearly. But, fear not, guys: All isn't lost. He's been active on the site for years, so I've rounded up Tom Hiddleston's best tweets for his fans to read to tide them over until he tweets again.

It could be a long time before he shows up on the site again, although my money's on a post-birthday tweet next week to thank fans for the birthday wishes. But even if we have to go several more months without hearing from the actor (the horror), we can raid his Twitter archives in the meantime.

Hiddleston's tweets are enormously entertaining because they run the gamut from sassy to thoughtful to hilarious. And he has so many good ones that it was hard to choose. But eventually I decided that rather than choose his best individual tweets, I could round up his best moments on the site. So, from defending Nicki Minaj to saying the word "orgasm," here are Tom Hiddleston's best times on Twitter.

When He Mocked Special Effects

When He Was a Speed Demon

I love his deadpan delivery. "I was running."

When He Defended Nicki Minaj

I love people who are unashamed of their music tastes.

When He Stood Up for Feminism

This will always be the best.

When He Was a Badass

When He Analyzed Blushing

Petition for Hiddleston to become a psychology professor.

When He Hit One Million Followers

As one Tumblr user so eloquently put it, "All I heard was 'blow me.'"

When He Fought Loki

Now that would be a good movie: Tom vs. Loki.

When He Was Multilingual

That translates to "now or later?" Cheeky.

When He Spoiled the Ending to The Avengers

When He Defended the Word "Orgasm"

When He Thanked His Fans

When He Raided the Prop Department

When He Interacted With a Cosplayer

When He Reacted to His MTV Nomination

I, too, get excited when my phone goes "all a-beep."

When He Mixed Shakespeare and Flinstones

Only he could make The Flinstones sound high-brow.

When He Got Hacked

Put him up there with T. Swift for best hacking responses.

When He Was Uncontrollably Excited About Things

I can just imagine him sitting there like this:

When He Psychoanalyzed Loki

When He Delivered the Most Inspirational Message I've Ever Read

I'll leave you with these words to live by. And fingers crossed Hiddleston tweets again soon because whether he's telling a joke or imparting wisdom, his voice is very much needed in the social media world.