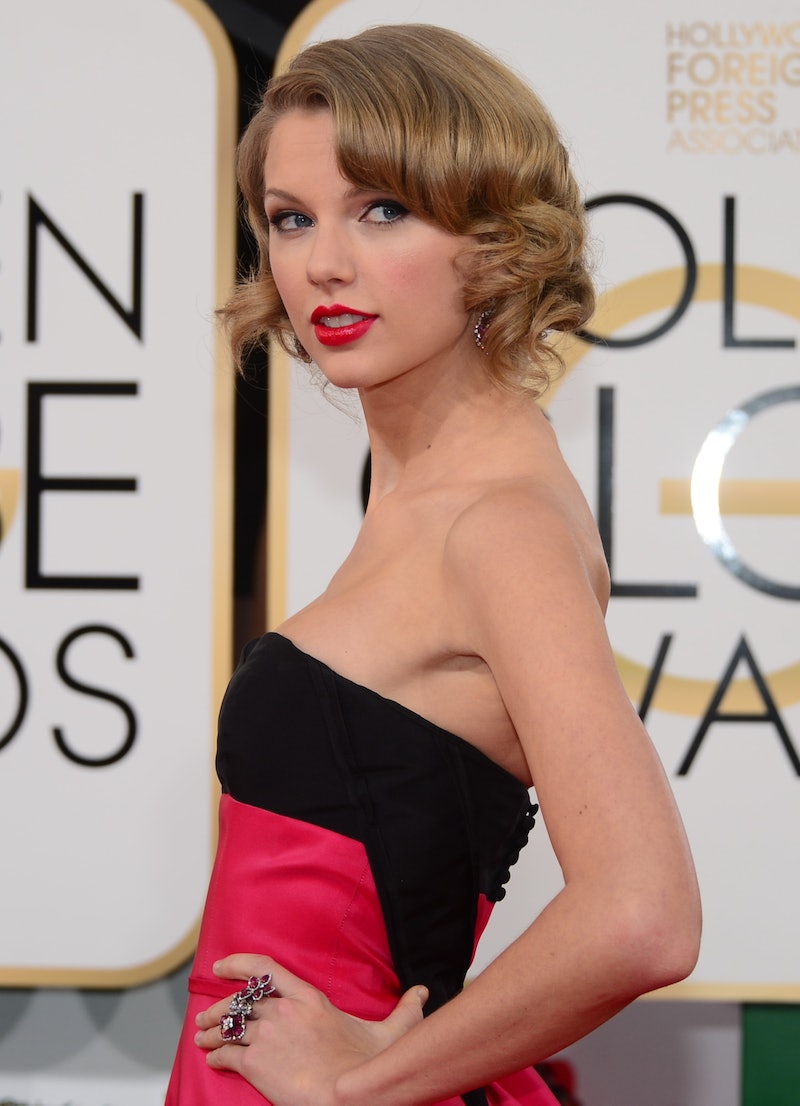 Some terrible news to start your afternoon off with: On Tuesday afternoon, Taylor Swift was hacked on Twitter and Instagram, with her social media profiles both taken over with a slew of tweets and some gross photos. Unfortunately, two Twitter users seemed to be behind the hack, both of them flaunting their access to Swift's accounts across the two social media platforms, as if invading an individual's privacy is something to be proud of. Ugh.

Thankfully, though, the hack didn't last long: Shortly after the hack became evident, the offending tweets and Instagrams were deleted, and Swift's account was suspended while the hack was investigated. Not much later, the account popped up again, as if nothing had ever happened — so, basically, she must have Olivia Pope and Associates working for her behind the scenes, because it was literally all handled in less than an hour.

"My Twitter got hacked but don’t worry, Twitter is deleting the hacker tweets and locking my account until they can figure out how this happened and get me new passwords. Never a dull moment."

After that, she wrote another post that said, "this is going to be a long day" with the hashtags "this is why I'm scared of technology" and "who's paranoid now?" which, considering what happened, is fair enough.

But, even though Swift was able to shake off these hackers almost immediately and joke about it in the process, the whole ordeal is still a disgusting invasion of privacy. One hacker threatened that nude photos of Swift would be released — which, for the record, Swift later gave the best response to — and re-tweeted another user that wrote, "Actually @Lizzard jumped Taylor Swift IRL and took her phone, she dead now #rip" alongside a photo of guns. That death threat is supposed to be a "joke," but this isn't a joking matter — it is really messed up. No one should have to worry about their private accounts being hacked, and they especially shouldn't have to worry about being threatened in such a fashion either.

Thankfully, everything seems to be fixed now. However, the fact that happened in the first place is awful, and hopefully an investigation into the hacks will identify the responsible parties. As of the time this article was published, both of the alleged hackers' account were suspended.

You can see a few screengrabs of what happened earlier this afternoon below.

More like this
'The Summer I Turned Pretty' Using “Cruel Summer” Has Twitter Begging Taylor Swift To Release A Music Video
By Radhika Menon
What Is A “Softboy?” The TikTok Term & Aesthetic, Explained
By Courtney Young
Why Are TikTokers Slapping Each Other With Tortillas?
By Courtney Young
This TikTok Trend Wants You To Be Nicer To Your Inner Child
By Courtney Young
Get Even More From Bustle — Sign Up For The Newsletter