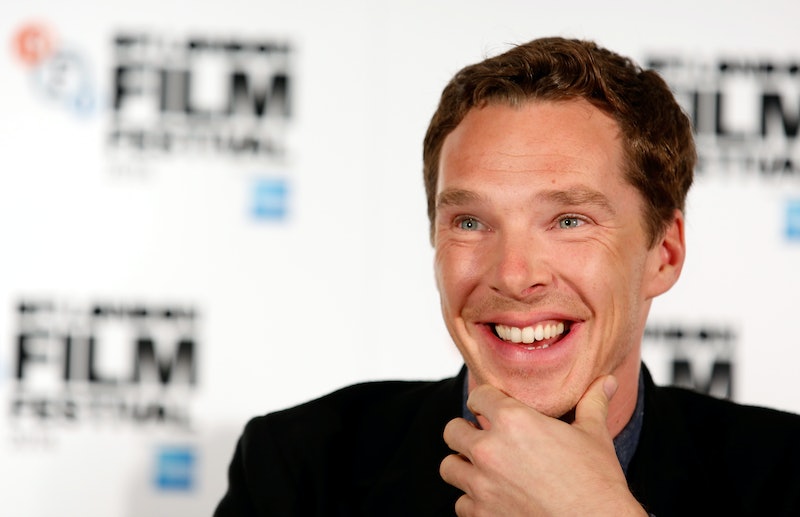 What do you say to a movie starring Charlie Hunnam and Benedict Cumberbatch? Do I see lots of hands waving in the air? Yeah, I thought so, because mine is too. Ever since it was announced Hunnam will replace Cumberbatch in The Lost City of Z, I can't help but think that these two need to star in a movie together, stat. Don't you think that would make for one fantastic film? Whether it be a comedy, a drama, a thriller, or a mystery, there's no doubt Hunnam and Cumberbatch would do any genre justice. Who's with me?

They might seem like opposites, and might not be your first duo choice for a film, but I have a feeling they'd surprise everyone — and in a good way. Sometimes opposites attract, right? As some say, those you least expect will surprise you, which Hunnam and Cumberbatch would absolutely do if they acted together.

Not only are these two beloved by many, but they've made an impact in the entertainment world, which is one of several reasons why a Hunnam/Cumberbatch project makes sense. With that said, here are seven more reasons these two should star in a movie together — sooner rather than later.

They Both Have Amazing Accents

Have you heard them both talk? If not, watch these videos, stat. Trust me, it will make your day. Now, imagine these two in a movie chatting it up with their accents. *swoon*

From Hunnam just ending his run on Sons of Anarchy to Cumberbatch's Sherlock role and Oscar nomination for The Imitation Game , these two are wanted actors. People can't get enough of them.

I mean, just look at those smiles. Charm goes a long way in a movie and when promoting a film.

Have you watched Hunnam as Jax Teller on SOA? What about Cumberbatch on Sherlock? Their performances speak volumes.

They Would Learn From One Another

Hunnam could teach Cumberbatch how to ride a motorcycle, while Cumberbatch could teach Hunnam how to do impressions. When two people learn from one another on set, that makes for a great movie.

They Would Sell Out Theaters

Duh. I think this is pretty much a given, plus their fans would go wild and help the movie make a ton of money.

It's pretty obvious that through their roles they've transformed TV and movies, not to mention how many people they've inspired. That would continue if they starred side by side.

So, I'll be binging anything and everything Hunnam and Cumberbatch until I get my movie wish.