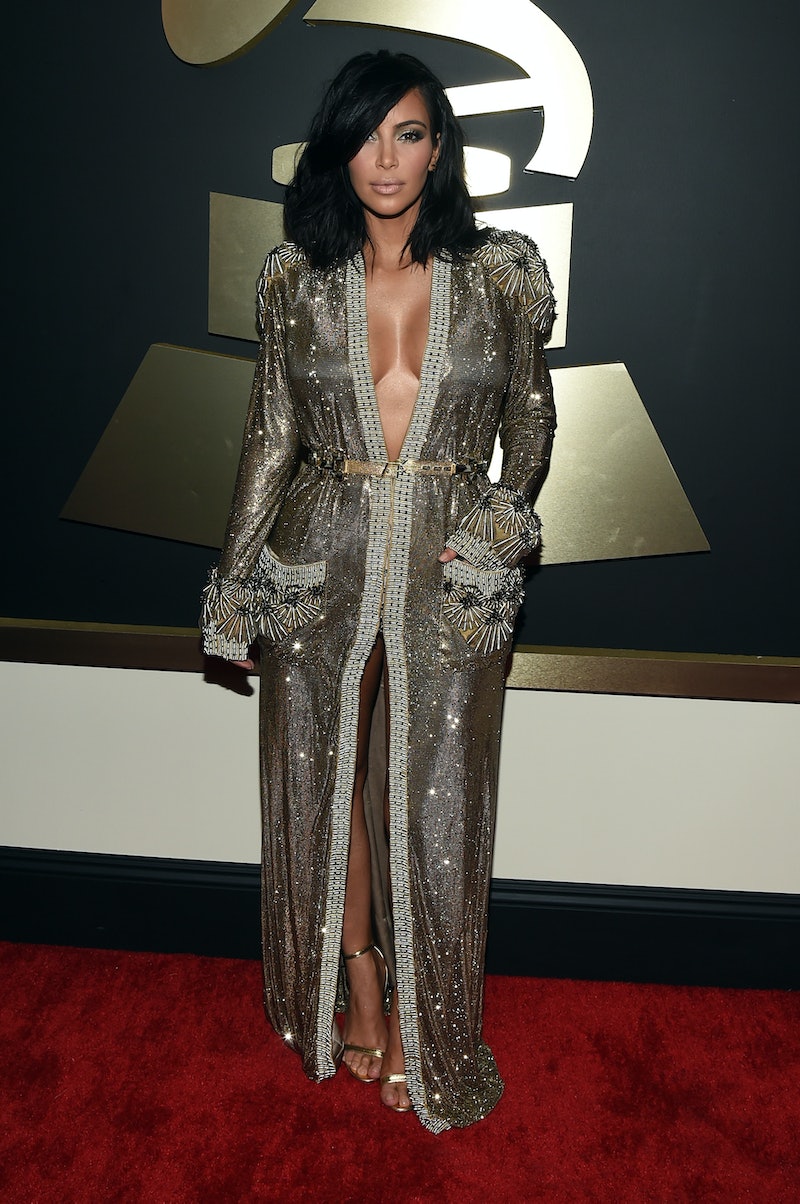 One of the most buzzed about couples in fashion has yet again failed to disappoint. Kim Kardashian and Kanye West attended the Grammy Awards in Los Angeles on Sunday, and walked the red carpet with Kim effectively wearing a bathrobe. What.

Kimye is always making fashion headlines as a couple, but I was actually really interested to see what Kim specifically was going to wear tonight. After the Keeping Up With the Kardashians star recently tweeted about redoing her wardrobe for 2015 (with her husband Kanye's help, of course), the 57th annual Grammy Awards seemed like the opportune time for her to debut this supposed "new style," and um, it certainly is interesting. Kim wore a Jean Paul Gaultier bathrobe (er, I mean dress), and Kanye looked dapper in a black velvet suit with no shirt underneath. Suave. Kim admitted she tried on several dresses, but settled on this one because she liked how sparkly it was. The sparkle factor is all kinds of pretty, I'll give her that, but this look might be better for the Valentine's Day bedroom than the red carpet. Just saying.

But the night isn't over yet. Kanye will also be performing with Paul McCartney and Rihanna (as well as debuting a "never before seen" solo performance), so there's possibly another outfit change (or two!) to look forward to.