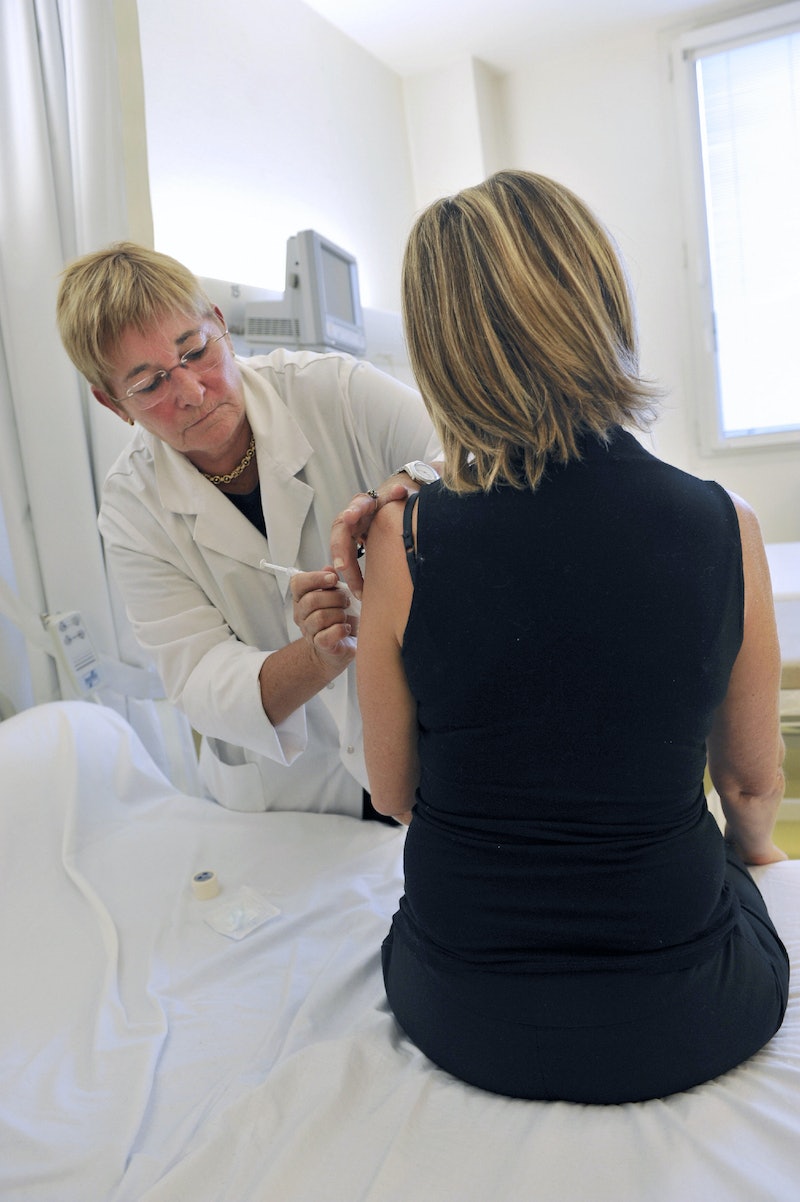 After a decade and a half of dormancy, the measles virus has returned with a vengeance. Following a breakout over the holiday season in Disneyland, the so-called "Happiest Place on Earth" has quickly been transformed into anything but, and now there have been more than 90 reported cases in California, the state hardest hit by the disease. Now, University of California schools are considering a mandatory measles vaccination for the class of 2017 and beyond, adding fuel to the already raging debate surrounding the necessity of the practice. Already, three campuses across the state at Moorpark College, California State University at Channel Islands, and California State University at Long Beach have experienced separate measles cases, and with students living in such close proximity to one another, safety is becoming an increasingly important issue.

Today, college students in California are under no obligation to be up to date on their measles vaccines. In fact, nearly 50 percent of American states have no such requirement — only 28 states mandate a measles vaccination. But now, what was once seen as freedom of choice is now being viewed as lack of foresight, as the measles virus becomes an increasing threat to students across the state. As James Cherry, a pediatrics research professor at the University of California at Los Angeles, told Inside Higher Education, "The way things are going right now, we’re going to have an epidemic on college campuses. That is the situation we're in."

This is no exaggeration — the vaccination fight has already reached Washington D.C., with several high-profile politicians weighing in on the matter that has previously been a trendier topic amongst Hollywood figures like Jenny McCarthy and Bill Maher. But over the weekend, President Obama made clear his stance on the issue, saying in an interview with NBC News, "There is every reason to get vaccinated — there aren’t reasons to not." The president also noted, "...the fact is that a major success of our civilization is our ability to prevent disease that in the past have devastated folks. And measles is preventable."

Hillary Clinton, already considered the Democratic (and, dare I say, all-around) front-runner in the 2016 presidential race, also voiced her opinions via Twitter on Monday, saying "The science is clear: The earth is round, the sky is blue, and #vaccineswork. Let's protect all our kids." Grandmothers in general know best, but Hillary knows a lot, familial relations aside.

Now, as the Bay Area counts at least 13 measles cases, the need to protect our kids is becoming ever more apparent, and as such, a mandatory vaccine for college students seems like the next logical step in California. College campuses, already known as veritable breeding grounds for common communicable diseases, are particularly susceptible to highly contagious viruses like measles. In 2013, a CNN report suggested that university students were particularly susceptible to illnesses, due to the trifecta of "stress, lack of sleep, and poor eating habits" that already make for weakened immune systems amongst the 18 to 22-year-old crowd who are, for the most part, living away from home for the first time.

Ailments like the flu, mononucleosis (or mono), the stomach flu, pinkeye, and meningitis are known to spread quickly throughout college campuses, and now with the possibility of measles becoming ever more likely, it comes as little wonder that campus administrators and health professionals are on high alert. Despite the proposed 2017 start date, Cherry noted that even this seemed too far off, commenting, "It seems to me that this should be done this year."

Being vaccinated, however, all but eliminates the chances of both catching and spreading the disease. For example, in Mississippi, a state that only excuses children from vaccinations for medical reasons, has a 99.7 percent measles vaccination rate and exactly zero reported cases of the virus thus far. In California, where religious and philosophical motivations are taken into consideration, nearly 100 people have now tested positive for the disease.

The measles vaccine is extremely effective as a preventative measure, and is indeed one of the most well-reputed and reliable measures in the market. As The Washington Post reports,

The first dose, given at 12 months, is about 95 percent effective. The second dose, given at age 4 to 6 years, improves those odds to 98 or 99 percent. So it's possible to get the measles even if you've had the two recommended doses. But it's extremely unlikely.

Conversely (and unfortunately), measles is extremely contagious for those who have not been vaccinated, with about 90 percent of individuals who have not been immunized contracting the disease when exposed to the virus. And in order for the group to protect the individual in what is known as "herd immunity," a 92 percent vaccination rate is necessary. In some parts of California and other states, however, that number amongst young, kindergarten-aged children, is sometimes as low as just 50 percent.

Sarah Van Orman, executive director of University Health Services at the University of Wisconsin at Madison and president of the American College Health Association, told Inside Higher Education, "We’re starting to see the beginnings of this not-vaccinated generation entering higher education. Measles is really contagious, so it’s very much a concern."

The push for vaccination is becoming more of a national movement, with the American College Health Association officially adopting the following opinion in 2014:

Immunizations offer safe and effective protection from vaccine-preventable diseases. The United States is experiencing reemergence of these diseases, in part due to factors such as unimmunized and underimmunized persons and global travel. The American College Health Association strongly supports the use of vaccines to protect the health of our individual students and our campus communities.

So vaccinate your kids, parents. We've made such a big push forward with safe sex — isn't it time we do the same with protection against measles?