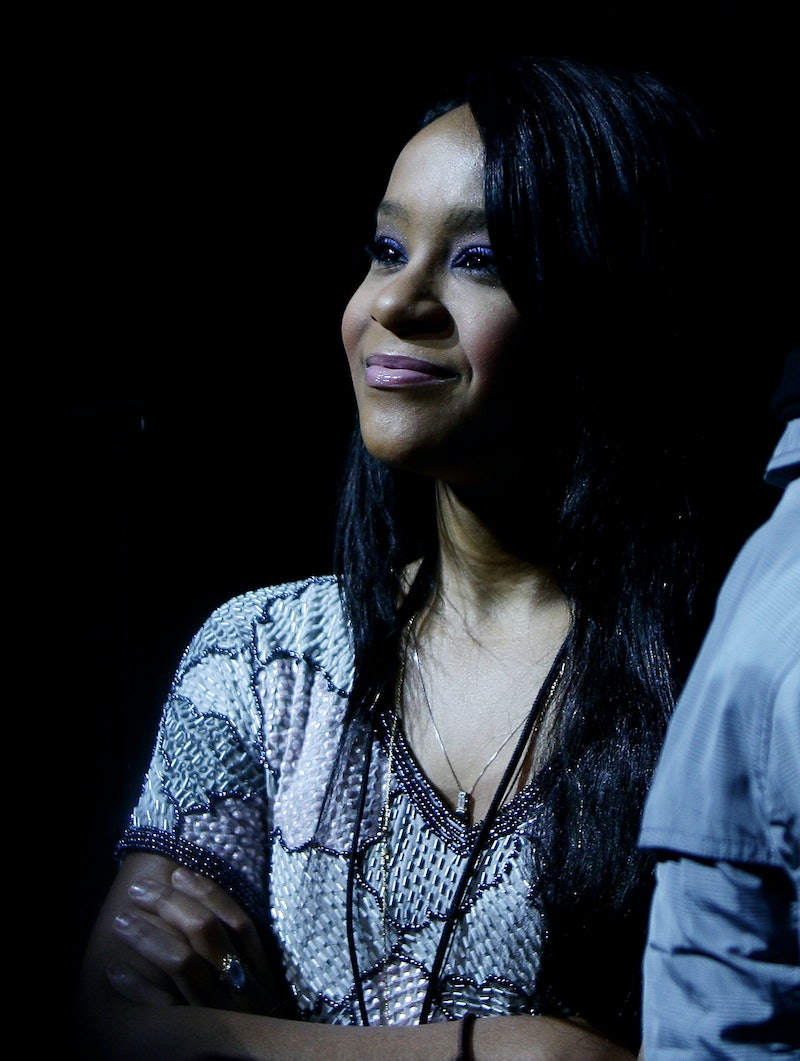 Well, this is an odd twist of events. As Whitney Houston fans continue to send their well wishes to daughter Bobbi Kristina Brown, who was found unresponsive in her bathtub and taken to the hospital, more and more new reports continue to arise about the young woman. While some are getting outright offensive in their speculation based on anonymous sources and unconfirmed details, this one comes straight from Christopher Brown of Brown & Rosen LLC — a.k.a. Bobbi Kristina's lawyer. Apparently, Brown and Nick Gordon are not married, contrary to reports to this point referring to Gordon as her husband.

"We are currently investigating the events that led to the hospitalization of Bobbi Kristina," said Christopher Brown in a statement to US Weekly. "To correct earlier reports, Bobbi Kristina is not and has never been married to Nick Gordon." You can understand where the wires might have gotten crossed on this piece of information, considering the pair announced their marriage on Twitter in January 2014. In fact, the hash tag that accompanied the picture of their ringed fingers literally read #HappilyMarried. Not to mention the fact that police statements have been referring to Gordon as Brown's husband — so, seriously, what goes on here?

According to US Weekly, the pair later revealed after posting the above picture that they were "planning an official celebration in the coming months," which could have implied that they hadn't actually gone through with an official ceremony yet. However, in May of 2014, Brown posted another picture to Twitter with Gordon's username attached as a caption, once again of their ringed hands. So anyone who was still believing that the wedding hadn't happened might have been persuaded otherwise by the new picture.

Of course, it doesn't matter either way whether Brown and Gordon are legally married or simply went through with some kind of commitment ceremony or what, but it is an interesting piece of information. Why her lawyer is choosing now to reveal this information to the world seems like the more important question to me but, thankfully, the statement did include some words on her condition: "We continue to request privacy in this matter. Please allow for our family to deal with this matter and give Bobbi Kristina the love and support she needs at this time."