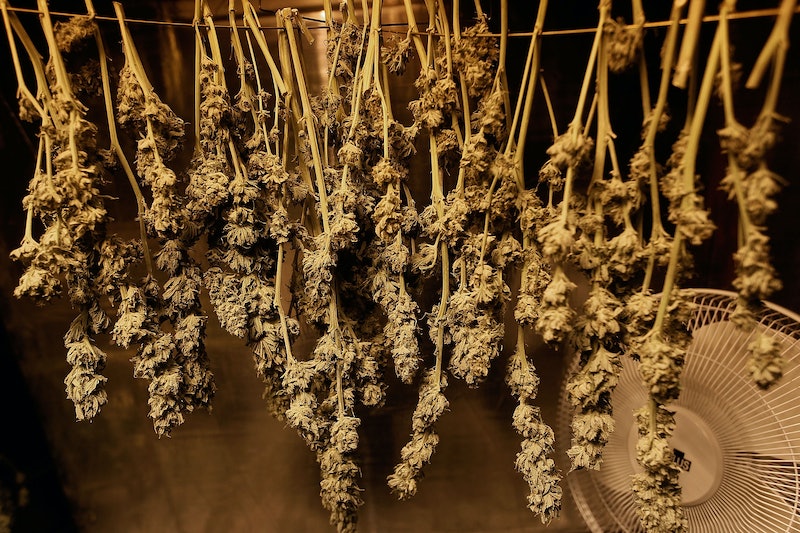 A little over a year after Colorado rolled out regulations for recreational marijuana usage, the program has proven to be largely successful, raking in more than $50 million of additional tax revenue, creating jobs in the production and regulation aspects of the industry and largely averting the pitfalls that critics warned against. In fact, the state has brought in so much tax revenue from the burgeoning industry that Colorado might have to return some of the cash to residents. From think tanks to the U.S. Attorney General to local Colorado cops, former critics and caution-mongers are recognizing that legalizing weed in Colorado has done more good than ill in its first trial year.

The revenue stream looks like it will only continue to grow. In January 2014, the taxes and fees collected from recreational sales topped out at $3.5 million. By October, that amount has rocketed up to $7.6 million. Most of the money brought in this year will go to funding school construction and the administration of the state’s licensing and regulation systems. That $50 million doesn’t include the millions of dollars that Colorado saved last year now that police don’t have to enforce marijuana bans and the courts don’t have to adjudicate cases.

The state might even have to return some of that tax windfall to its residents. Under the Colorado Taxpayers Bill of Rights, the state has a cap on how much tax revenue it can take in per year; if it exceeds that amount, then the legislature has to decide how to return it to the people. At the moment, Republicans and Democrats in the Colorado state legislature are scrambling to figure out how to avoid returning the money.

Legalizing weed has jump-started the state’s economy as well, adding 1,000 to 2,000 jobs and bringing the total number of people employed in marijuana-related positions in dispensaries, sales, administration, and regulation to 10,000. The Denver Post even hired its first pot critic to sample the wares and write reviews, just like a wine critic would profile the tannins in a nice Cab.

Back when the state voted to legalize weed in 2012, many naysayers worried that crime rates would spike, marijuana-related automobile accidents and deaths would rise, and greater numbers of children would start smoking some green. But thus far, the statistics have not born out those fears. In fact, in Denver — which is home to the bulk of the state’s dispensaries — the violent crime rates have largely fallen.

As one Denver police officer put it to the CBC in January:

We found there hasn't been much of a change of anything.

The usage levels among young people have remained steady, and so far, none of the nearly 20 sting operations designed to catch dispensaries selling to minors has found any wrongdoing.

There have been two deaths directly attributed to marijuana usage, both involving overindulgence in edible marijuana treats. Colorado officials are now working on revising the regulations to account for the edible packaging and dosage levels.

Granted, the regulatory scheme and the recreational marijuana market in Colorado are both nascent, and much will change as more users and producers become integrated into the new system. But as long as the regulatory scheme remains flexible enough to account for problems as they arise, the initial data appears to point a clear way forward for legalizing marijuana for recreational purposes in order to bring weed closer under the state’s control and into its tax base.

Two states and the District of Columbia voted to follow Colorado’s lead last year. As Alaska and Oregon begin to develop their own regulatory programs, it will be interesting to see how the states learn from Colorado’s example and diverge from it.

With more and more state governments looking at emptied coffers following the Great Recession (and a wave of anti-government tax cuts in Southern legislatures), jump-starting such a successful new industry as recreational marijuana might prove a reliable way to bring in tax revenue and to save money on the enforcement side. Not to mention that the criminal justice system continues to racially profile and punish communities of color, largely on the basis of drug enforcement laws. The war on drugs should (finally) come to an end; if the racial justice arguments cannot convince state lawmakers to change course on drug policy, then perhaps the tens of millions of dollars of tax revenue will.