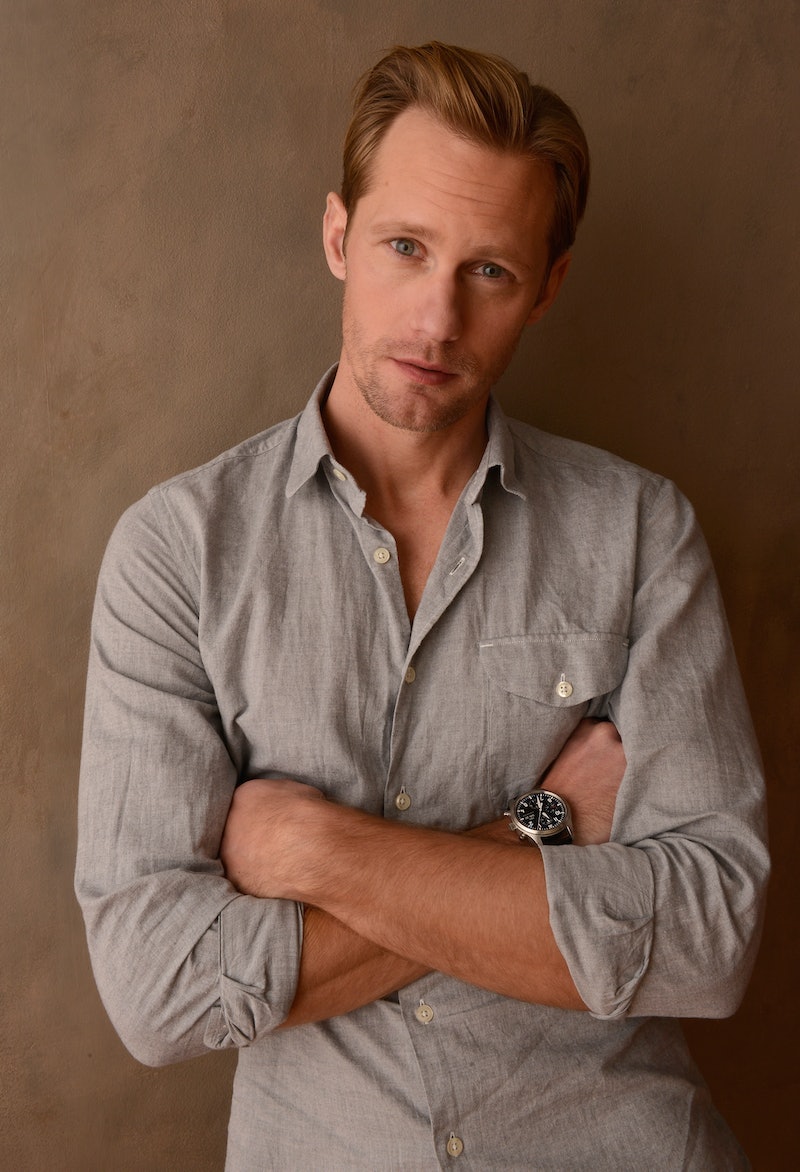 "It was important to layer their relationship and not make him solely a predator," says Alexander Skarsgård of his Diary of a Teenage Girl character. In the film, Skarsgard plays a man who's sleeping with his girlfriend's 15-year-old daughter, played by newcomer Bel Powley, in 1970s San Francisco. Based on a graphic novel adapted by writer/director Marielle Heller, the movie unfolds without side-stepping around the controversial issues at hand.

The 22-year-old actress from the UK and the True Blood star shared at least a dozen sex scenes together as teenage Minnie and 30-something Monroe — some carnal, others funny, and a few even sweet. But for all of them, Skarsgård has the same advice: "You can't over think it. You have to be in the moment and play the character," he says. "Minnie in many ways is like a young child, very juvenile and inexperienced. I thought it would be interesting if Monroe had that quality as well," he explains. "He can almost be like the same age as Minnie in some moments. He's like a teenage boy. But then he catches himself: 'Oh shit, I'm in bed with a 15-year-old girl, and this is my girlfriend's daughter,' and then he becomes suddenly a mature grown-up guy now. Minnie symbolizes youth, something he's desperately holding on to."

The Diary of a Teenage Girl is neither a cautionary tale or a preachy anti-sex PSA. Actually, it's the opposite. "It's something I'd never seen before: A coming-of-age story about a girl that's raw, addressing issues that are taboo," Skarsgård says. "These themes are often legitimized when it comes to guys, but for girls, we aren't supposed to talk about sex the way Minnie does."

As writer/director Heller pointed out, setting the film in the 1970s gives the audience a "buffer" when it comes to accepting Minnie's sexual promiscuity and experimentation. "It's in the wake of free love," Skarsgård says. "It was a time of experimentation and letting your kids make their own mistakes. Sexually as well, experimenting with sleeping with a guy, a girl, two girls..."

Skarsgård has noble hopes for the film's reception: "I hope that girls see this film and realize they're not weird," he says. "That it's OK as a young girl to think about sex. This movie never feels like, 'Well I'm a female filmmaker making a story about a young girl, this is so brave of me...' it just feels like such a true story."

More like this
The Prince William & Rose Hanbury Rumours, Explained
By Frances Stewart and Sam Ramsden
UK Viewers Will Have To Wait To Watch The Handmaid’s Tale S5
By Maxine Harrison
Twitter Has So Many Thoughts About ‘Don’t Worry Darling’ After Its Release
By Stephanie Topacio Long
Florence Pugh Reflected On Her ‘Don’t Worry Darling’ Experience On Opening Day
By Brad Witter
Get Even More From Bustle — Sign Up For The Newsletter