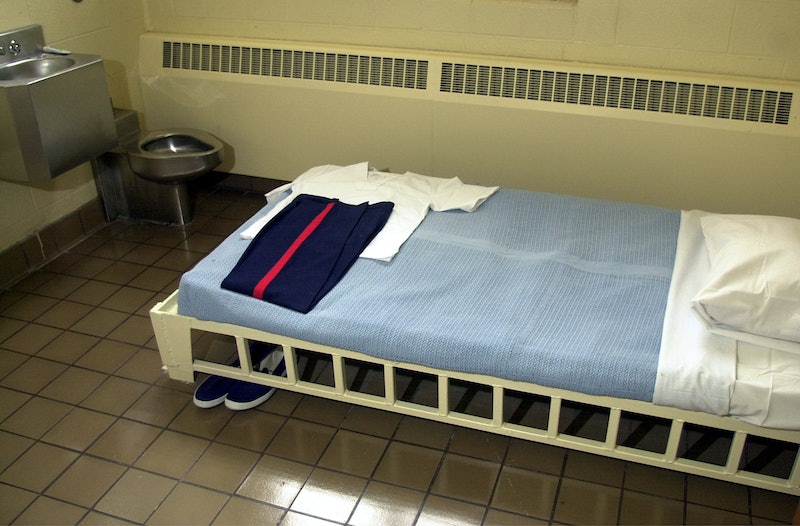 A group of state lawmakers in Virginia are considering a death penalty bill that would effectively cloak its death execution practices from the public eye and civil lawsuits, thereby making it difficult for journalists and advocates to oversee the state’s death machine and safeguard it against abuses. The bill, known as Senate Bill 1393, would prohibit the sharing of “all information relating to the execution process,” as well as keep secret the identities of the pharmacies that supply the drug cocktail used in lethal injections.

Advocates, including Virginia Gov. Terry McAuliffe (D), argue that the measure is required to secure the supply of lethal drugs for executions, which have become more difficult to procure as the controversies around the death penalty have grown. But critics worry that the bill, if passed, would place the state’s killing practices on shaky constitutional grounds and encourage cover-ups of the sorts of mistakes that have made headlines this year.

The debate around the death penalty and its legitimacy sparked with renewed fervor in 2014 following three botched executions that belied the ostensibly civilized and humane promise of state killings. In Ohio a year ago, Dennis McGuire broke records for the state’s longest execution after the new drug combination took a 25 minutes. Clayton Lockett writhed on the gurney for 43 minutes in February during a bloody and chaotic execution in Oklahoma; Arizona’s Joseph Rudolph Wood struggled for 90 minutes before he finally died from the potent mix. Wood gasped 660 times before he died.

Instead of responding to these horrific deaths with more legislative tools for assessing the quality of the drugs administered and the training of the officials who are administering them, the lawmakers in Virginia have decided to pursue the opposite course. SB 1393 makes information related to the execution process, the drugs used, and the ways in which they were measured and administered exempt from Freedom of Information Act requests and from being used in civil suits. It also hides from public view the identities of the pharmacies that supply the drugs.

Supporters of the measure argue that such anonymity for drug suppliers is necessary to protect them from the stigma of being associated with the death penalty.

Journalists and public advocates, however, are worried at how broad the language is in the bill. They argue that the provision blocking the public dissemination of “all information relating to the execution process” will keep the executions away from any sort of oversight.

“There are no questions asked about where the drugs came from, what the drugs are, what their potency is, whether they have been contaminated, whether they are expired, indeed whether they were obtained legally,” noted Corinna Barrett Lain, a professor at the University of Richmond School of Law. Lain testified against the bill before the Virginia house committee last week.

This lack of oversight, Lain continued, is a dangerous state of affairs when the matter is as serious as administering death:

It strikes me as the essence of bad government to enshroud the government in secrecy in its most powerful moment — when it exercises its sovereign right to take the life of one of its citizens.

Likewise, Slate’s Dahlia Lithwick cautioned that these big-tent clauses meant to shield executions from public scrutiny should make us wonder at what the states have to hide:

And the states that are trying mightily to cover up what happens in their death chambers are mostly just doing a good job of signaling that whatever they are doing in there bears closer watching.

There have been a few bright spots for transparency around how the state carries out its executions, but they have been few and far between. In 2008, the Supreme Court ruled that an execution that poses the risk of extraordinary pain violates the Eighth Amendment’s proscription against cruel and unusual punishment. And this year, the justices — who have shown markedly less interest in regulating the states’ use of the death penalty over the past couple of decades — have agreed to review the drug mix and procedures employed by Oklahoma to kill its death row inmates. In Ohio too, Gov. John Kasich (R) called for a delay to all scheduled executions in 2015 following the traumatic death of McGuire.

Regardless of where you stand on the moral legitimacy of capital punishment, granting state prison officials the authority to carry out executions without oversight, sufficient training or quality controls over the drugs used or the means by which they are administered only invites more deaths like Lockett and Wood. After all, Justice Sotomayor noted in her dissenting opinion this January on the constitutional validity of using midazolam in Oklahoma executions that one prison official had defended the drug without citing any scientific studies but instead appeared to rely solely on information from www.drugs.com.

We have to demand better of those we entrust with administering death than www.drugs.com. But if this new measure passes in Virginia, we won’t have any way of knowing what execution techniques our prison officials are using, let alone what basis they have for relying upon those methods. What is done in the darkness should be brought to the light.