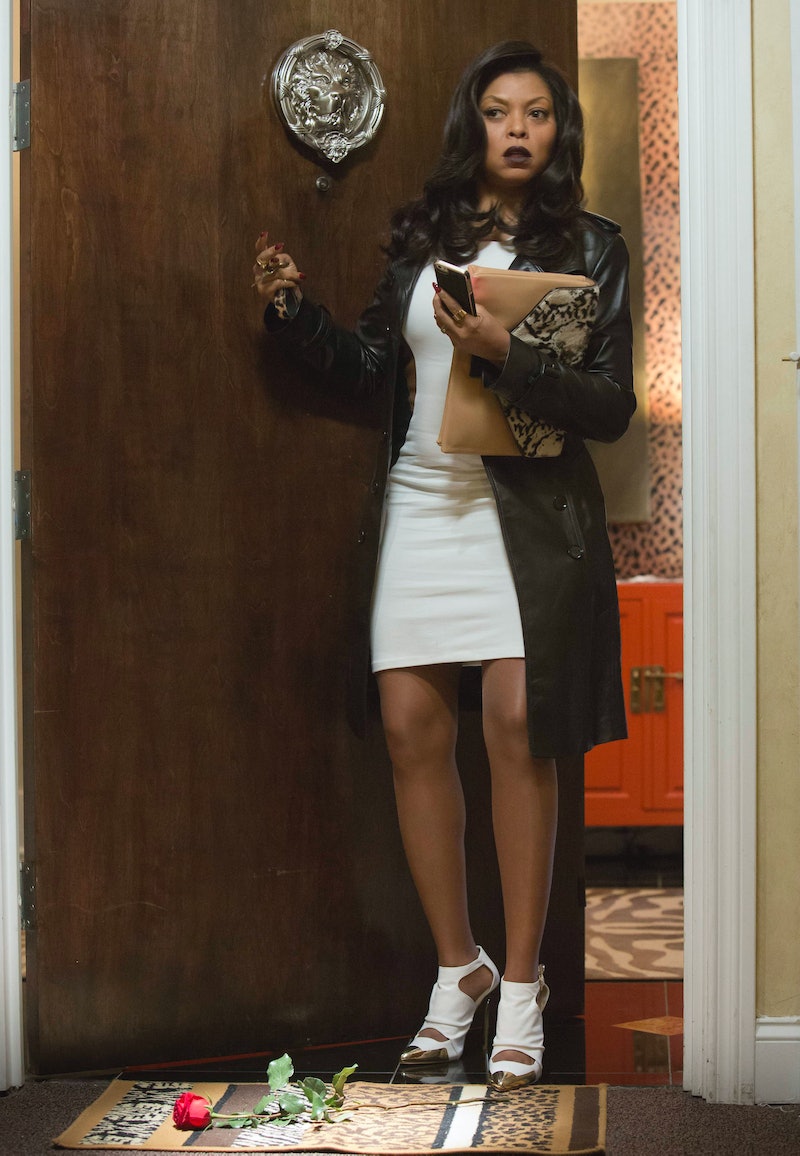 "Oh Cookie, no no no Cookie. What did you do?!" This was my exact reaction when I realized that Cookie had made a potentially fatal move on Wednesday night's episode of Empire . "Dangerous Bonds" was the perfect title for the episode, as we saw Cookie dealing with quite a few of her own dangerous bonds with everyone from Agent Carter to Lucious to Andre. But the most dangerous bond of all for Cookie is the tentative one she had with Frank Gathers and his drug organization. That already weak bond was shattered into a million pieces when Cookie ordered a fatal hit on Frank thanks to miscommunication and paranoia.

Early in the episode, we finally learned officially that Frank was a drug kingpin for whom Cookie used to run drugs. His products had a memorable label of one single red rose, and Cookie made a deal with the feds to testify against Frank when she was involved in a shooting that caused one of Frank's men to lose their lives. What she didn't realize was that the man was actually a fed and that her testimony was not just putting Frank away for drugs, but for murdering a federal agent. At that point, Cookie knew that "snitching" would come back to haunt her.

Cookie knows her time could be up soon so she stays cautious... Until a single red rose appears on her doorstep. So what does a paranoid, overthinking woman with a strong will to live do? She strikes before Frank even has time to properly make his move against her. Cookie and her sister go visit an old friend in Philadelphia to ask him for a rather difficult favor: Taking Frank out once and for all. He agrees rather quickly, and even tries to dissuade Cookie from giving him payment as they were "family" (He still takes it, it's five grand after all). But nothing good comes from Cookie's paranoia, as she realizes too late that the single red rose was a gift from Lucious as a reminder of their anniversary and the happier, simpler times in their lives. To catch up on everything that happened in Empire Season 1, check out the recap video below.

Who gives their ex-wife presents on their anniversary, especially right after he proposed to his girlfriend of several years? Obviously, Cookie would not have put two and two together, because it makes absolutely no sense. But that doesn't justify wanting to kill a man who is already poised to go to prison before investigating to see if he really does know about Cookie's betrayal. Cookie's now in the same boat as Lucious, both of the Lyon leaders have murder on their hands (though Lucious' is more direct and happened for more selfish reasons than just wanting to live). And if the secrets get out, both Cookie and Lucious would lose everything. Here's the difference though: Lucious kind of deserves to be taken down, and Cookie made a reckless decision as a way of fighting for her life.

Now Cookie's got a million problems. The case against Frank will be thrown out and an investigation into his death will take place. If Cookie is found out, she not only goes back to prison, but she ruins Jamal's chances at a real future, loses the power she had at Empire, and alienates her family completely. Plus, there's every chance that people within Frank's organization will come after her and everyone she loves.

As much as I love Cookie, her thought process on this situation was flawed and by keeping so many secrets, she is now headed towards serious ramifications. Honestly, I have no idea on how Cookie can spin this and get herself out of the serious mess she's created for herself. But if anyone can do it, it's her. She just needs to get started right away.