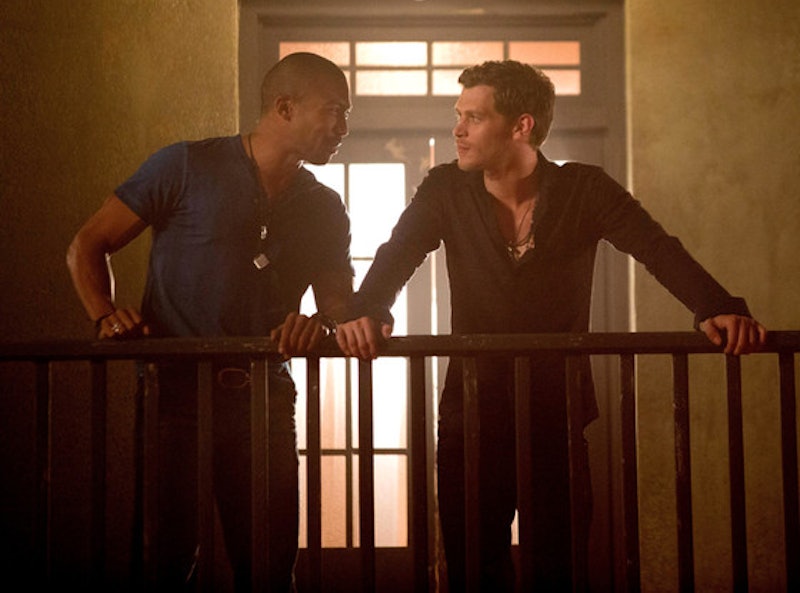 You feel that chill in the air? It's October, which means it's spooky enough for The Originals to begin. Set in the very real city of New Orleans rather than the very fake town of Mystic Falls, the magic and mayhem is RAMPANT in the new spinoff. I will gladly sign up for another show featuring Joseph Morgan's Klaus, Claire Holt's Rebekah, more vampires, and more witches. Important note: CW aired the series premiere after The Vampire Diaries, but the show will move to Tuesdays at 8:00 p.m. ET.

I love all of the gorgeous, spooky characters already. Some more than others. Here's my ranking of everyone (as of the premiere), starting with my fave character and working my way down to the worst:

If next Tuesday night doesn't bring me a bunch of witchy spells, I'm going to be sorely disappointed. And yeah, I hope Elijah is okay and I really hope Klaus gets some sense knocked into him. He's got a baby on the way, dammit!