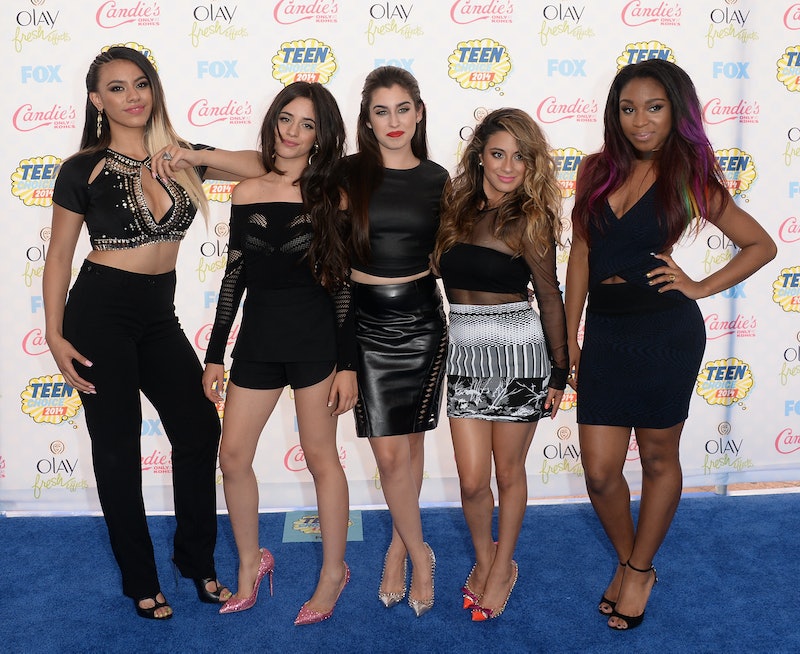 Fifth Harmony is on the rise. The group is fun, talented, and full of gorgeous faces. The girls have a very loyal and vocal fan base, so it'd be no surprise if they wanted to know if Fifth Harmony will be at the Grammy Awards this year. Sadly, there is no outright confirmation or denial. It's annoying that we won't know for sure until Sunday evening, but at least that means there is hope for the fans who want to see the ladies. There have even been some promising happenings that allude to their possible attendance.

Their Music Video Is Set To Air During The Grammys

Fifth Harmony filmed an anti-smoking music video with rapper Becky G. The song is very trendy and current with the title "Swipe Dat Left," clearly alluding to the dating app Tinder. The song is about how smoking is not an attractive quality in a potential date and that the girls would reject anyone they see smoking on a dating profile. The music video is set to premiere during the Grammy Awards. This makes me think that the ladies are going to be in attendance along with Becky G. Why wouldn't they be there to introduce their video and explain the message behind it? That would make perfect sense to me.

They Were A Contender For A Best New Artist Nomination

The girls might not be up for the Best New Artist Grammy, but there were plenty of people who thought Fifth Harmony would receive a nomination. Not only that, but there were people who felt Fifth Harmony got snubbed when the girls did not receive a nomination. Is an invitation to the award show a good consolation prize? Perhaps. One possibility is that the girls aren't happy with the Grammys, and won't be attending. However, I doubt that. The Grammys are the most important awards in music. If the group was extended an invitation, I am sure they would go.

They Have A New Album To Promote

Fifth Harmony just dropped the album Reflection on Feb. 3. It's getting a lot of praise on Twitter from One Direction's Liam Payne, Mariah Carey, Meghan Trainor, and more. Music lovers will be tuned into the Grammy Awards, so it would make sense for the girls to show up to plug Reflection.

It's unclear if Fifth Harmony will be at the Grammy Awards. Nevertheless, it would be a great way to take things to the next level and reach a bigger audience. Fingers crossed that the girls will be in attendance. For now, check out their anti-smoking video which was released online ahead of the show: