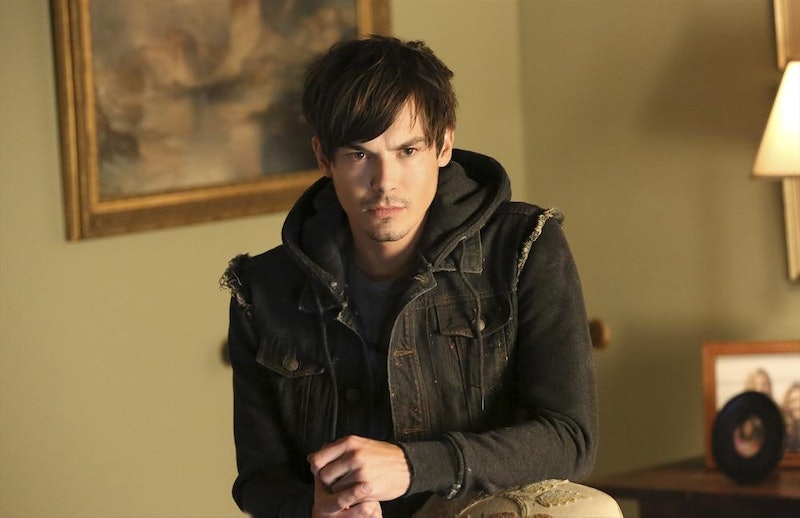 Remember when Mona's hooded minion on Pretty Little Liars turned around at the end of Season 3 and it was Toby? Everyone freaked out that he might have been 'A' because fans love his character. But if you thought that was hard to watch, imagine if that reveal actually showed Paige or Caleb, instead? Well, you don't have to imagine because in an effort to keep from spoiling that scene, the director shot it with all three of those characters to confuse potential spoilers. That means there's footage of Caleb being 'A' on Pretty Little Liars, and it will ruin your life.

If you're a Haleb 'shipper or a Paily fan you're gonna have a hard time with this. Of course neither of them was actually 'A' and neither was Toby, but it's still hard to watch. I'm especially attached to Caleb because I think he's a great guy — he's always there for Hanna, he's friends with the rest of the girls, and he helps them in whatever ways he can. He's by far the superior significant other (sorry Toby, Paige, and Ezra). But that just makes this fake reveal that much more disturbing.

In the footage, Mona tells the hooded figure she'll see him soon and then the person turns around...and it's Caleb. His mouth is set in a straight line and his gaze is borderline menacing.

It's really upsetting to watch and makes me so grateful that he wasn't actually working for Mona, because if that reveal had been real, I don't think I could have handled it. But, if you're a masochist like me and you have to see how it would have turned out, here's video footage of the unused shots:

Thank goodness this isn't how it worked out for real! Now I'm just crossing my fingers that Caleb's also not 'A' in the end. This little glimpse further proved that if he were, it would destroy me.

But, more importantly, it would probably ruin Haleb, and that relationship needs to last forever, 'K? Thanks.