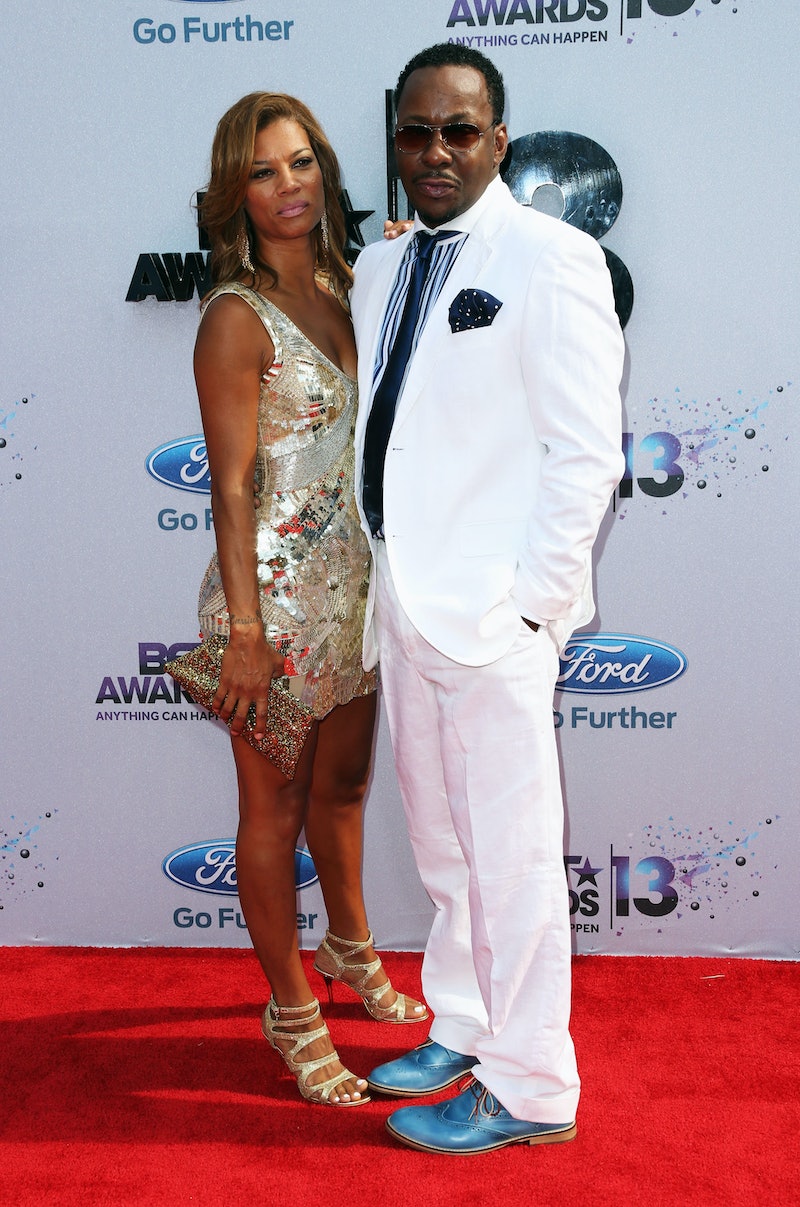 In what makes for a happy and sad moment all at once, Bobby Brown and wife Alicia Etheredge are pregnant with their second child, TMZ reports. Reportedly, Etheredge is four months along and they haven't shared the news with all of his relatives — yet. Talk about a bittersweet moment for sure, especially since Bobbi Kristina is reportedly on life support and fighting for her life. Not to mention, there are reports saying her family is beginning to say their goodbyes, which doesn't sound like good news.

If the pregnancy news is true, I can't imagine what Brown is feeling at this moment. Not only is he expecting one of life's many miracles, a beautiful baby, but he also might have to say goodbye to one of his kids. Even if their pregnancy news isn't true, I still can't imagine what it's like to lose a child. However, I do know what it's like to lose a sibling, and I also watch my parents continue to grieve over the loss of their son. Death, especially of someone so young, is not easy to deal with in any situation.

There still remains no word on whether Bobbi Kristina will be pulled off life support, but according to a new report by E! news, a source is saying she "is not brain dead." Plus, the source also commented on family gathering to say goodbye. He/she said:

There is no "family gathering" today that is any different from any other day since she has been in the hospital.

Whatever the case, it's a tough situation.