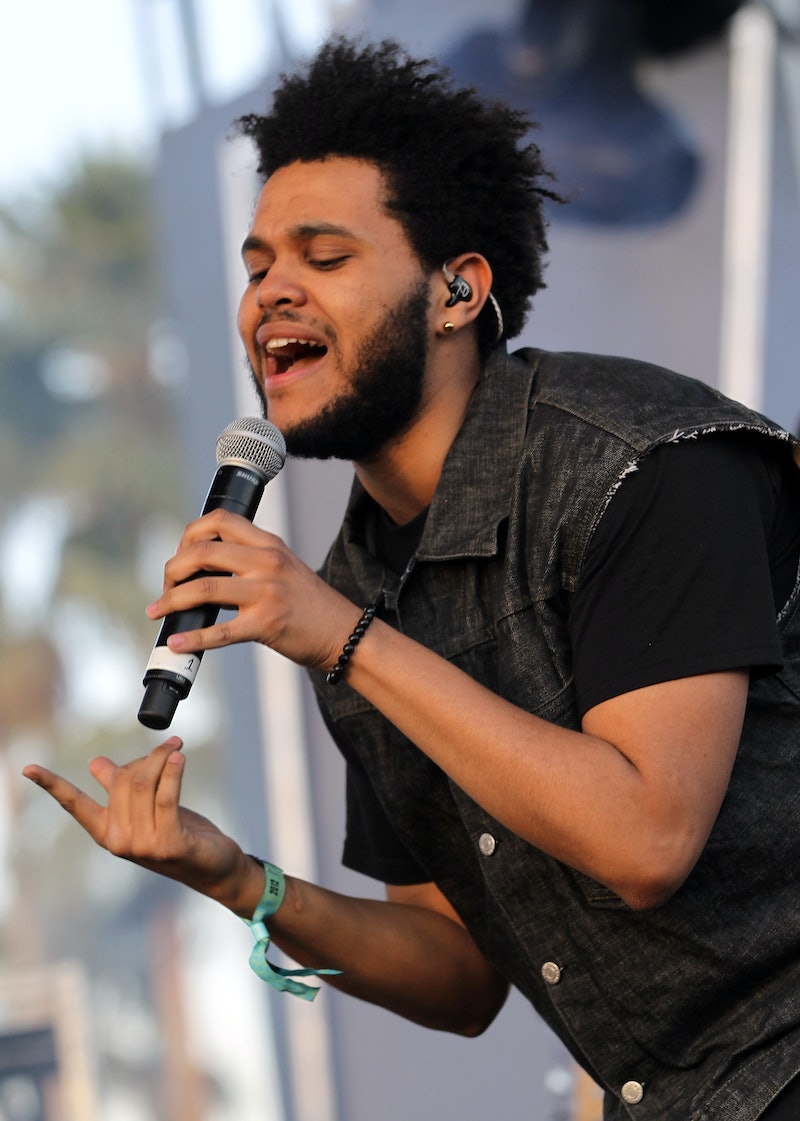 For any latecomers who haven't already planned to fully devour the Fifty Shades of Grey soundtrack at the stroke of midnight on its Feb. 10 release date, here's yet another reason to hit download as soon as it becomes available (aside from the fact that it includes a Beyoncé song). As if his last song for the film, "Earned It," wasn't steamy enough, The Weeknd just released "Where You Belong," his second Fifty Shades of Grey musical contribution, and it's about time someone crowned him as the go-to guy for sexy movie music.

Honestly, I can't remember the last time a soundtrack had me more excited than the actual film. That's certainly not a knock to Fifty Shades — I'll be there front and center when the movie opens on Feb. 13, but so far the songs by Sia and Ellie Goulding's "Love Me Like You Do" and the latest from The Weeknd are just so good and they've done such a great job of conveying the overall sexiness of the film.

Like "Earned It," "Where You Belong" is super seductive and focuses on bedroom exploits, however, it's slightly more upbeat and edgy, thanks to some pretty intense electric guitar riffs that are reinforced by The Weeknd's passionate falsetto. And once again, the lyrics are sensual and at times, quite risqué like when he sings, "I see your face every time I'm with somebody else/ Can't you see that I want you, leave your feelings behind you/ I don't have to remind you/ where you belong."

Well...if those lyrics don't put you in the soundtrack-purchasing mood, I'm not sure what will.

Take a listen to "Where You Belong" below: